Larsen & Toubro has announced that it has won a turnkey contract from the Metro-Link Express for Gandhinagar and Ahmedabad (MEGA) to design, supply, install, test and commission ballastless tracks for Ahmedabad Metro’s 39.259 km Phase 1 project. The scope of work includes track-work for the entire system (viaduct & tunnels) including the two maintenance depots at Apparel Park (20.737 km EW Line-1) and Gyaspur (18.522 km NS Line-2).

MEGA invited bids for this package in August 2016 and at this time the final contract value is unknown.

This is the first system contract to be awarded by MEGA. Bids for the rolling stock contract (96 coaches) were invited in January 2016 but MEGA hasn’t yet opened its financial bids due to a court case involving CRRC which got disqualified on technical parameters. Bids for the signalling system were invited in July 2016, but that hasn’t been awarded yet either and that was awarded to Nippon Signalling in May 2017. A list of 11 civil contractors assigned to build the project can be viewed here. 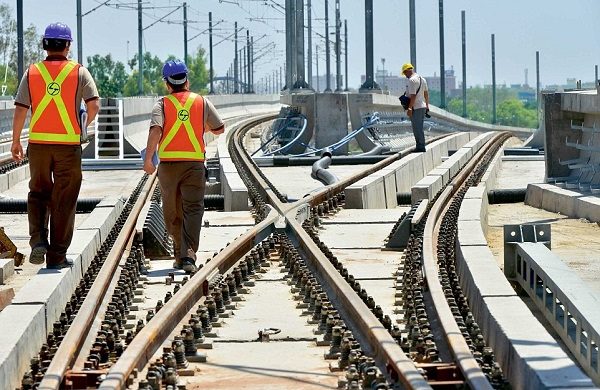