Workers from the ITD-ITD Cem India JV have started tying up rebar for the first pier (pillar) of Bangalore Metro Purple Line’s 15.257 km Whitefield extension under the 73.95 km Phase 2 project. This pier is located south of Hoodi Circle along the eastern side of Sadaramangala Road, and is a part of package Reach-1A which was awarded to ITD in April 2017 for a value of Rs. 689.51 crores. 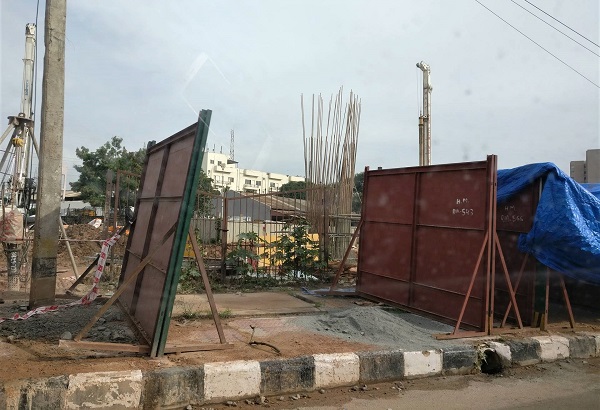 Next steps: More rebar will be used to tie the existing rebar horizontally (see example). Once done, formwork (see example) will be brought in to facilitate a concrete pour and mold it into the desired shape. 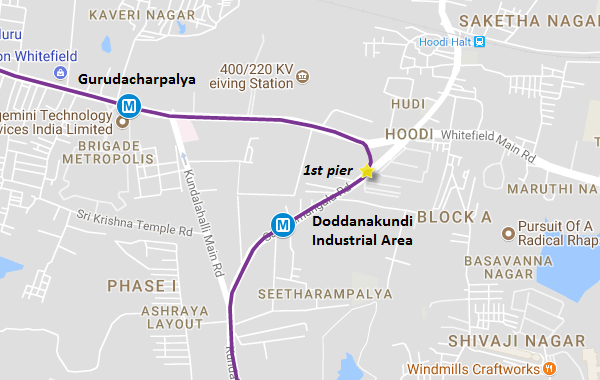 This pier has taken a very short amount of time (4 months since award of contract) to come up in its current form. For comparison, the 1st pier of the same line’s western extension to Challeghata came up in May 2016 – an entire 13 months after the contract was awarded to IL&FS in April 2015.

Construction work on this line is going on in bits and pieces wherever the contractor has a clear right-of-way – see images on my Twitter handle. As per BMRCL’s August 2017 newsletter, compensation packages in respect of 186 properties have been sent to KIADB for payment and compensation amounting to Rs. 740.60 Crores has been paid in respect of 149 properties. A majority of land acquisition on the extension is pending primarily along the Baiyappanahalli – Jyothipura – KR Puram section. 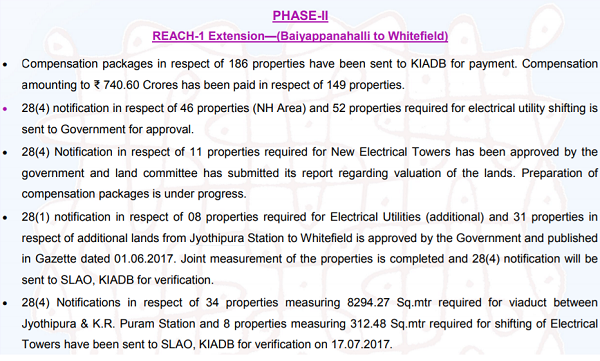