Big Four firm Deloitte Touche Tohmatsu Limited, simply known as Deloitte, has been awarded a contract by the Pune Metropolitan Regional Development Authority (PMRDA) to serve as the transaction adviser for Pune Metro’s 23.33 km Line-3 (Hinjawadi – Shivaji Nagar) which will be built on the public–private partnership (PPP) model at an estimated cost of Rs. 7947 crores.

Their scope of engagement involves preparing bid documents and evaluating the bids submitted by different companies, similar to what a General Consultant would do.

As per PMRDA’s chief Kiran Gitte:

We have a team of six people from the company who are experts in the field of traffic management, real estate, financial, railway engineering, taxation and law. They will evaluate the qualification of the bids and ready the agreement by September end. 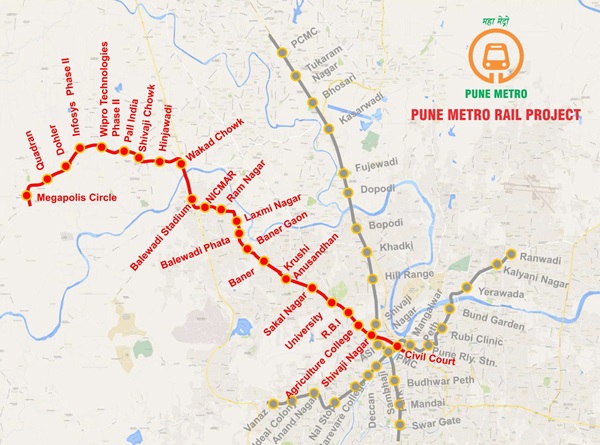 After approving the line in December 2016, the PMRDA invited Request for Quotation (RFQ) bids from global bidders in March 2017 and received responses from 3 firms including Tata-Siemens JV and IRB-IL&FS JV. With Deloitte on-board, PMRDA plans to have the request for proposal (RFP) document & the draft of the concession agreement ready by September, and hopes to have a concessionaire for executing the project appointed by the end of the year.