Kolkata Metro’s second Medha train-set built by the Integral Coach Factory (ICF) in Chennai rolled into the city’s Noapara Depot on September 5. This is the last prototype to be developed by ICF which expects ‘Metro Railway Kolkata’, the operator of Kolkata Metro’s 28 km Line-1, to place an order for 20 such train-sets in the near future.

The first train-set was unveiled on July 4 and arrived in the city on July 16. The train is said to be technologically on par with other metro trains around the country, but costs only Rs. 5 crores per coach – roughly 40%-60% cheaper than others. A list of features and a bunch of images can be viewed here. 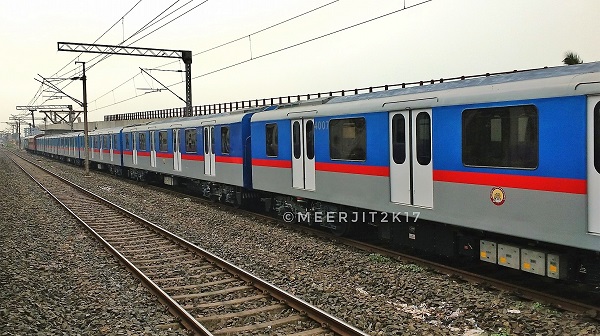 Both new train-sets will enter service sometime in October, purposely after the Durga Puja rush ends on September 30, after getting cleared by the Commissioner of Metro Railway Safety (CMRS).