With some external assistance, TBM S703 – a Herrenknecht tunnel boring machine operated by Afcons Infrastructure on October 18 made its final breakthrough at Chennai Metro’s AG-DMS Station after a 55 month long and tiring journey to build the 4.5 km down-line tunnel on package UAA-02 of the 32.10 km Line-1 between Chennai Airport and Wimco Nagar.

The breakthrough event with more than 300 attendees was originally planned to take place on the 17th, but the TBM just wasn’t able to penetrate through the 1 meter thick diaphragm wall due to its worn out disc cutters. The tunneling team then deployed a drilling excavator overnight and had the TBM finish up the job in the morning.

The earth pressure balance machine (EPBM) was originally commissioned by the Gammon – Mosmetrostroy JV from the May Day Park Shaft in March 2013, and made successful breakthroughs at Government Estate Station in October 2013 & LIC Station in May 2014 before being abandoned in May 2015 due to financial issues. After conducting two rounds of bidding, the Chennai Metro Rail Corporation in May 2016 awarded Afcons Infrastructure with a contract to complete the balance tunneling work towards Thousand Lights Station and onward to AG-DMS Station.

Tunneling works resumed in July 2016 with the TBM soon entering the Thousand Light Station’s box in August where its damaged cutterhead was refurbished via a small shaft. Tunneling towards AG-DMS resumed in November during which the team initially made great progress, with excavation rates as high as 32m/day, but soon encountered difficult conditions with loose top soil that led to a cave-in on Anna Salai. 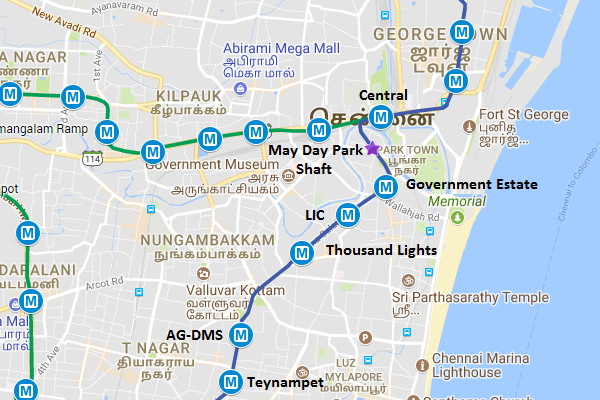 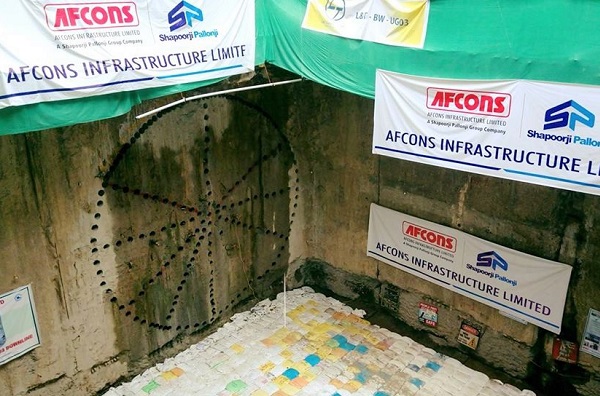 View on the 17th while waiting for the TBM to show its pretty face – Photo Copyright: CMRL 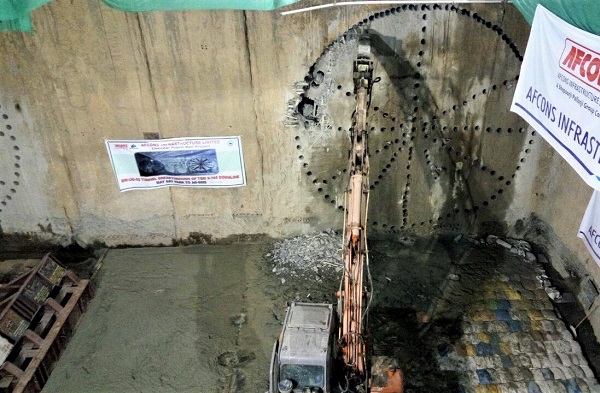 Drilling excavator deployed on the the night of the 17th – Photo Copyright: Ankit Lowanshi 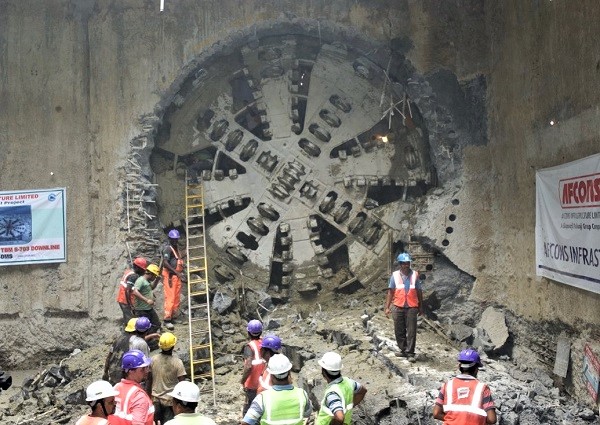 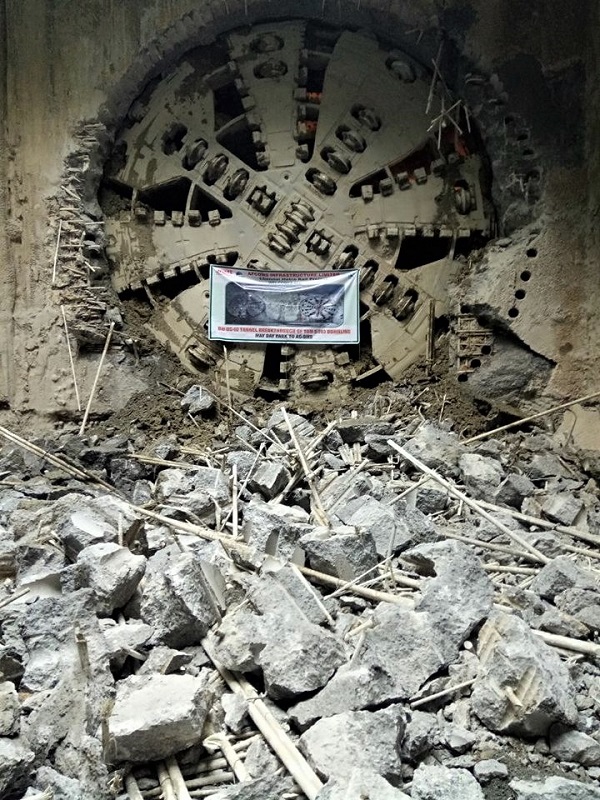 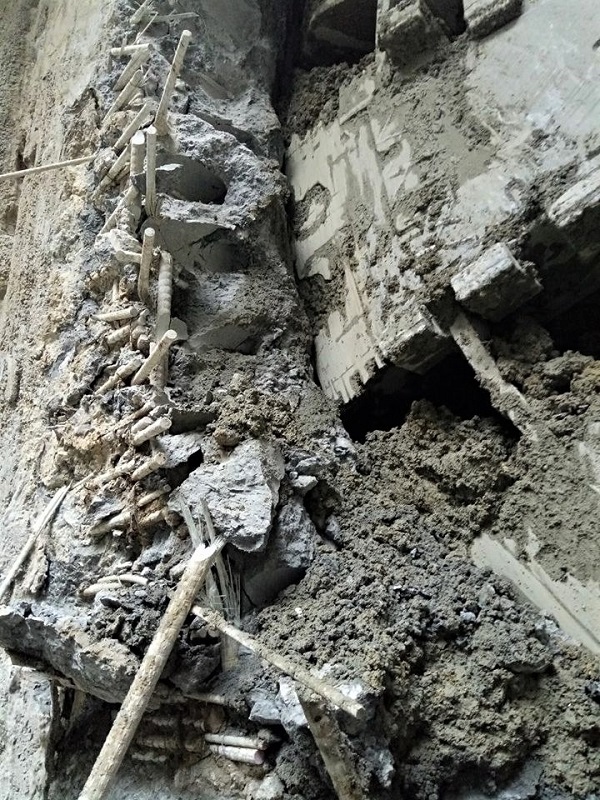