Four infrastructure firms – Larsen & Toubro, Gulermak, Afcons Infrastructure and Italian-Thai Development have emerged as the lowest bidder for constructing a package each on the 13.92 km Dairy Circle – Nagawara underground section of Bangalore Metro’s 21.415 km Line-4 (Reach 6) of the 72 km Phase 2 project after officials today opened the financial bids packets submitted to this build this section.

Civil construction bids for this underground section’s tunnels, stations, ramps and other allied infrastructure were invited in late-June 2017. Out of 16 firms which bought tender documents, only 4 bidders submitted bids in October of which Larsen & Toubro submitted bids for only package 2 & 3 – see other interesting notes here.

The bids placed were 67-75% higher than BMRCL’s estimate – see my thoughts at the bottom of this post. 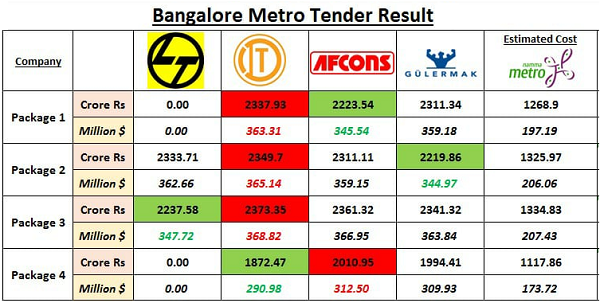 Here’s a general alignment of the line. The BMRCL in January decided to stick with their decision to place the Cantonment Station at Bamboo Bazaar (see location) instead of the original location which was closer to the railway station (as depicted below). 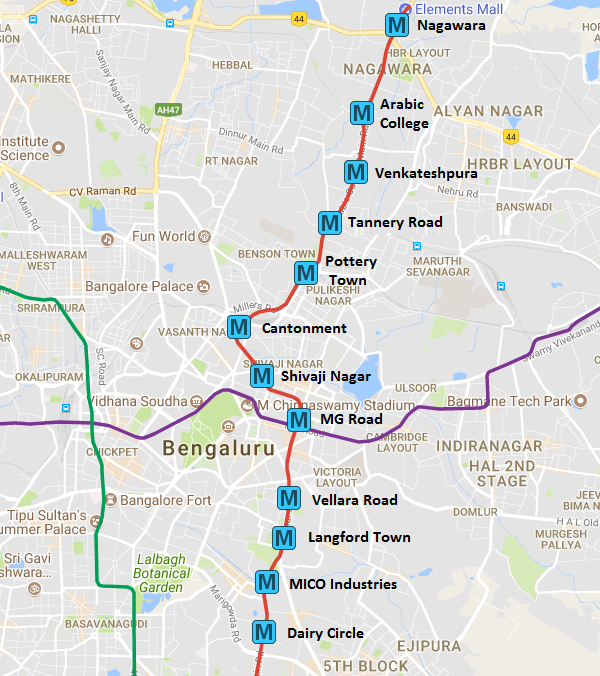 The lowest bid placed in each case was way higher than the BMRCL’s estimate, so either the BMRCL got their calculations wrong or the firms colluded together.

Now that the bids are opened, the BMRCL is staring at a repeat of Phase 1 in which the bids received for Package UG-1 (North Ramp – Majestic – Chickpet – KR Market – South Ramp) of the Green Line were higher than their estimates. The BMRCL subsequently broke it up into 2 packages, with the construction of the Majestic Interchange Station placed under a different package, and re-invited bids.

The BMRCL now has two options, both of which are time consuming –

Both options add a minimum delay of 6 months. Needless to say, contracts for this section’s construction will be awarded only after one of the above options is exercised and successful.

Update – Thanks for the warm welcome, everyone! Glad to be back in action. 🙂