After the completion of diaphragm-wall construction work, Larsen & Toubro in mid-December 2017 began the excavation phase of building a tunnel boring machine (TBM) launch shaft for Ahmedabad Metro’s underground Package-2 of the 20.737 km Line-1 which will connect Vastral Gam and Thaltej Gam.

This 20m deep TBM launch shaft at Kalupur Railway Station in the coming months will become the site from where two tunnel boring machines, S71 and S72, will be launched towards Ghee Kanta Station and beyond for a total of 6 drives. Both machines were manufactured by Hubei Tiandi Heavy Industries (THI) but have been rebranded as Terratec machines after getting completely refurbished locally by their technicians in Ahmedabad. 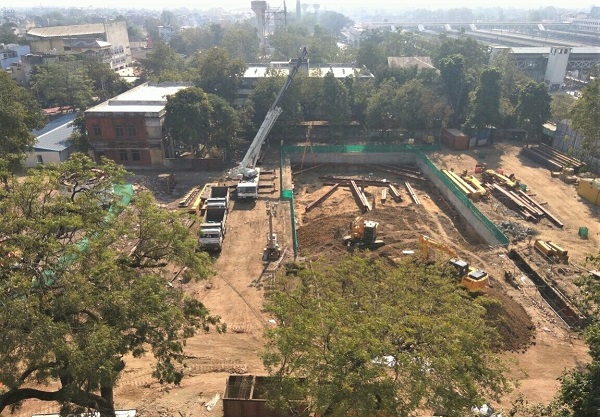 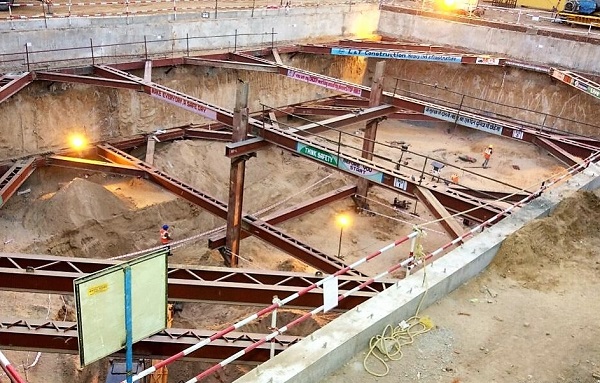 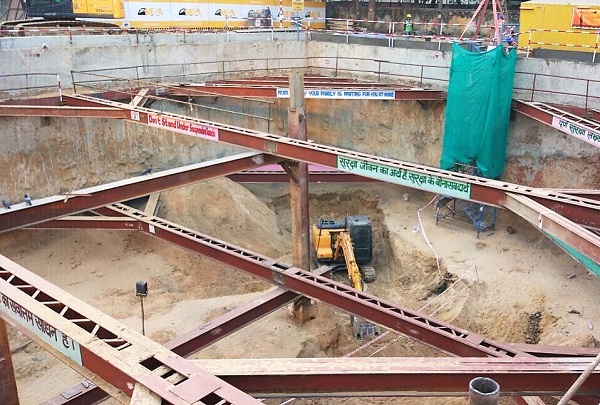 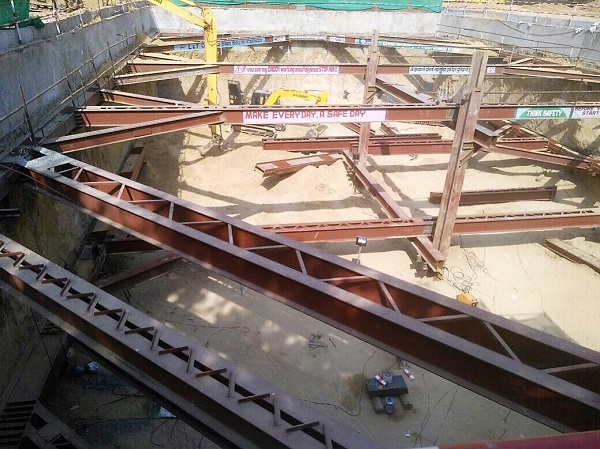