Trial runs using the 1st CRRC train were flagged off from the Greater Noida Depot Station towards Delta 1 Station – a distance of about 850m, and back. NMRC and DMRC’s engineers ran the train at a speed of 5 kmph and primarily observed its interaction with the civil structure to ensure there are no physical obstructions along the way.

The train’s four coaches arrived at the Greater Noida Depot on December 14 2017 and had since been tested only within the depot. Each train is designed to have a seating capacity of 186 passengers and can carry 1,034 passengers in crush-load conditions. The trains have darker shaded seats for senior citizens, disabled and women passengers. 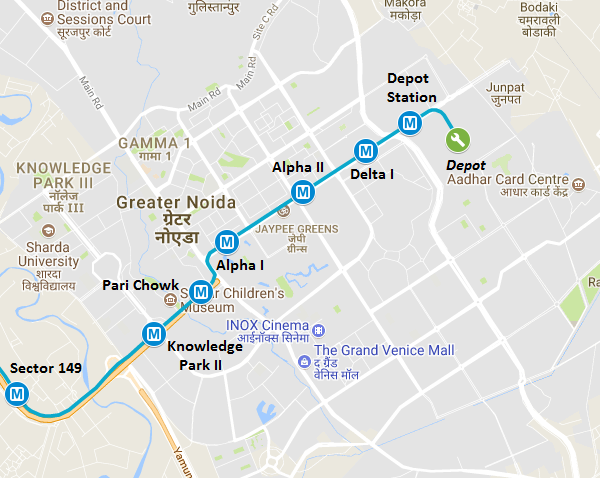 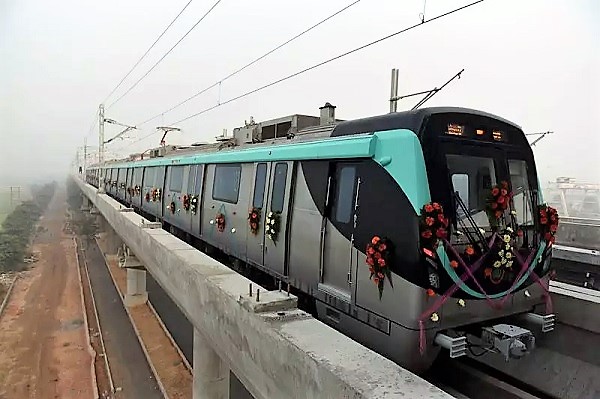 On February 3 2018, testing was extended to the Alpha II station, a distance of about 2.5 km during which the train was operated at 35 kmph. Full length testing on line is planned to begin on March 15 after electrification work by Siemens and signalling installation by the Ansaldo STS – ZTE Corp – ZTE Telecom JV are completed.