Last Wednesday, Bombardier Transportation in a low-key event celebrated the roll-out of their final 8-coach MOVIA train-set for the 230 km Delhi Metro system at their plant in Savli, Gujarat.

Bombardier India Proud to share his achievement.We have committed and we deliver our last Train of RS11 Project to our client before time(i.e;on 14th Feb). Delhi PI Team worked day & night to make sure we achieve our target. Big Thanks to Project Director (Nelson T) for his contribution and leadership. Proud at Bombardier. Cheers 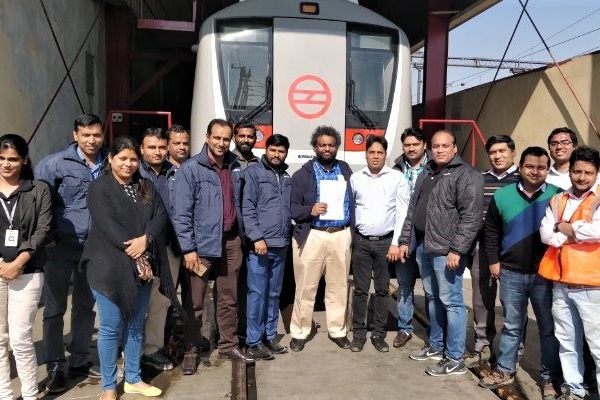 Contract RS-11 was awarded to Bombardier in June 2015 with a value of Rs. 1497.98 crores. The first train was delivered in September 2016 and this final trainset has been delivered on schedule, exactly in “early-2018” as originally planned.

With this development, Bombardier has now fulfilled 4 major rolling stock orders for the Delhi Metro Rail Corporation, and at 776 coaches the DMRC now operates one of the largest Bombardier fleets in the world.