The Red and Gold Lines run in a North-Northeast alignment, and the Blue and Green Lines run in a East-West alignment. All four lines connect at the Five Points Station, the only station on the network to allow users to transfer to either lines. 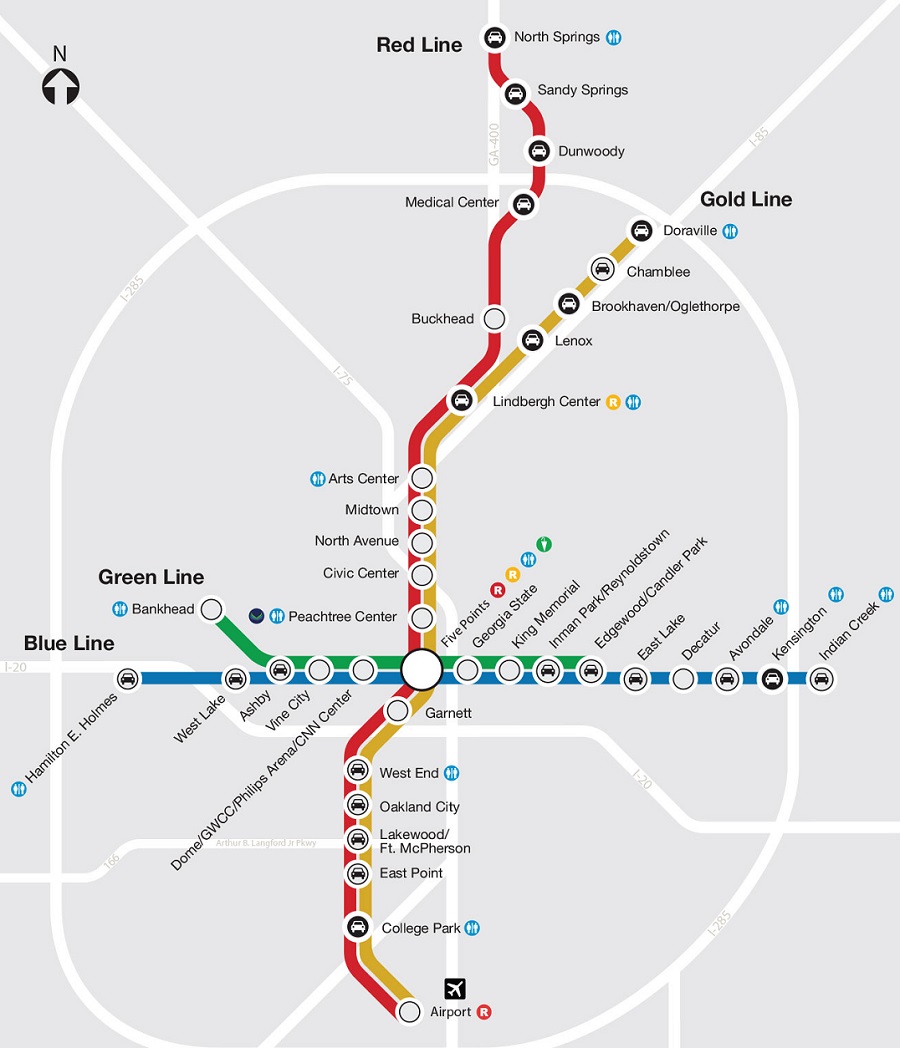 All MARTA fares must be purchased with a Breeze card or Breeze ticket. Breeze cards are $2 and may be reloaded for up to 3 years, whereas Breeze tickets are $1 for single-use only.

MARTA Pass is the best option for riding multiple times in one day or over the course of a pre-determined amount of days. These passes provide unlimited rides during a consecutive day of travel, beginning with the first day of use. Days end at 12 midnight.