The Delhi Metro’s contractor for contract CC-34 of Phase 3, a JV of Hindustan Construction Company (HCC) & Samsung, has completed tunneling both the twin tunnels from the Vikaspuri shaft to Palam station on the 36.98 km Magenta line. This 4.475 km section includes 8 breakthroughs made between Vikaspuri to Janakpuri West to Dabri Mor to Dashrathpuri to Palam stations. 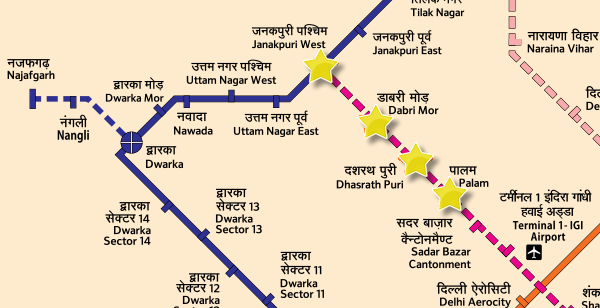 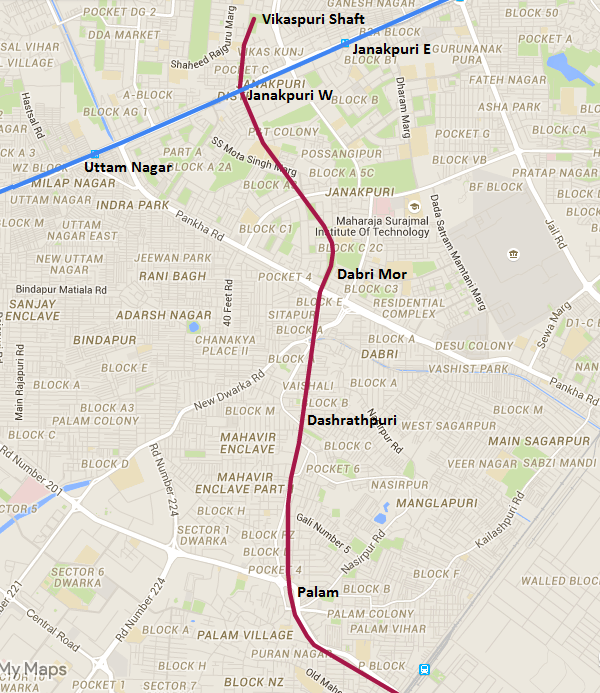 In a PDF published on HCC’s website that confirms the completion of this section, HCC has announced the sale of their 4 TBMs that were used for tunneling this section. So if one of you is looking for a TBM machine, then this might be a good time to contact HCC. Details about the 4 TBMs: 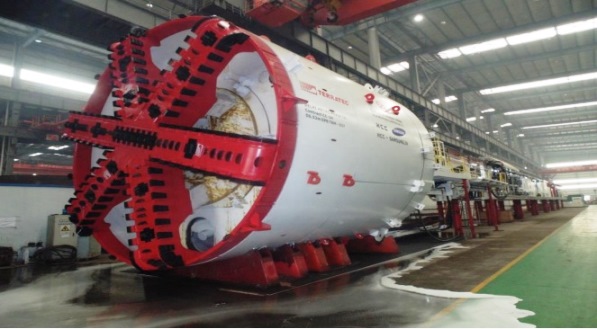 One of the Terratec TBMs used for CC34 – Photo Copyright HCC 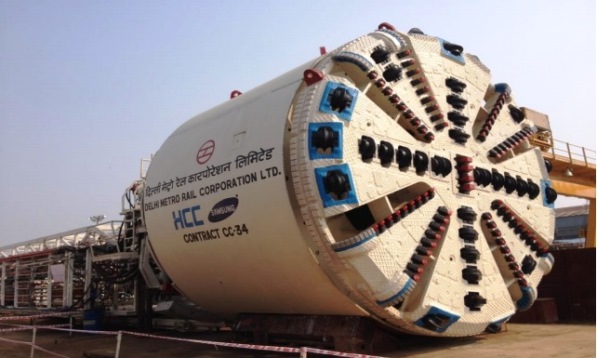 One of the Herrenknecht TBMs used for CC34 – Photo Copyright HCC

In early 2014, tunneling work started from the Janakpuri West station south towards the Dabri Mor station where TBMs Ridhi & Sidhi made a double breakthrough (one of the few in the world) on 5 August 2014. Check out a cool video of it here: [Video] Double Breakthrough at Delhi’s Dabri Mor. Around the same time, Jantar and Mantar started tunneling from the Vikaspuri shaft* and made a breakthrough at Janakpuri West station on September 8 2014 and October 7 2014 respectively.

* In Phase 4 of the Delhi Metro project, the Vikaspuri shaft (located adjacent to the Outer Ring Road – see on google maps) will be used to launch TBMs towards Paschim Vihar and beyond. This ensures that the busy Janakpuri West station area will not be excavated again.

This graphic shows the direction of tunneling by the four TBMs:

Following the 4 breakthroughs mentioned above, all 4 TBMs were then taken to the Dashrathpuri station and launched in opposite directions. Ridhi & Sidhi tunneled their way to Dabri Mor station and completed their breakthroughs in May 2015 and June 2015 respectively. Jantar & Mantar on the other hand tunneled towards the Palam station and made breakthroughs last month (August 2015), thus marking the end of tunneling on the section mandated by the CC-34 contract. 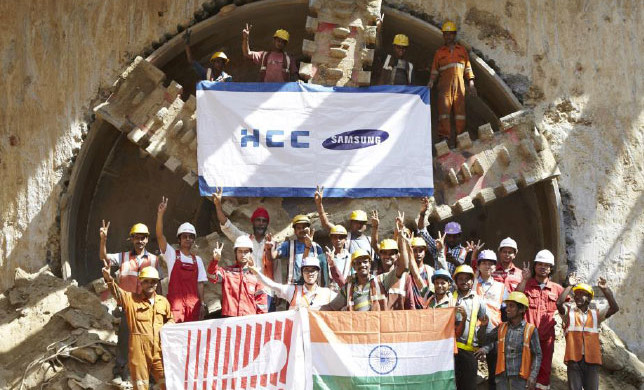