Mr. E Sreedharan who functions as Lucknow Metro’s Principal Advisor has in a recent interview given his word that the metro will start commercial operations on the 8.3 km priority corridor from Transport Nagar to Charbagh in March 2017! Also, the first metro train built by Alstom from its Sri City rolling stock manufacturing plant will arrive in September 2016 and trial runs will commence when the Depot is ready (see recent images) in December 2016.

As a reminder, Alstom will be supplying 20 train-sets of 4 cars each after they won the tender in September by putting in a bid for Rs 1069 crores. 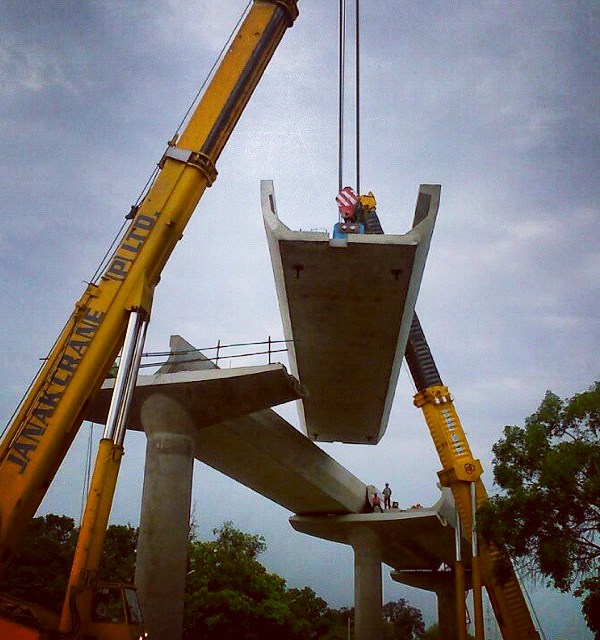 A U-shaped girder for the metro being put in place in Lucknow – Photo Copyright: Gaurav Kannor

As for the east-west corridor (line-2) between Vasant Kunj to Charbagh Railway Station, E Sreedharan has highlighted that the Detailed Project Report will now be revised to adapt to new requirements for the future and will be soon be forwarded to the state government for its approval. More details about the east-west corridor can be viewed here: East-West Corridor to be Included in Lucknow’s Phase 1.

For more updates on the Lucknow Metro, check out the Lucknow section of the The Metro Rail Guy!