Last month, I had written about how Wave Infratech had won the bid for the semi-naming rights of both the Noida City Centre and Noida Sector-18 stations as part of DMRC’s initiative to generate some extra revenue by offering corporates the opportunity to bid for the semi-naming rights of 9 metro stations located in the Delhi’s suburbs. While the Noida City Centre was renamed to Wave City Center Noida, it wasn’t immediately clear what they had renamed the Noida Sector-18 station to.

Yesterday, I was informed by my twitter follower, Rishabh Anand, about the Noida Sector-18 station’s new name right after I had tweeted about the MG Road station in Gurgaon having been renamed to SYSKA MG Road.

Here are some images: 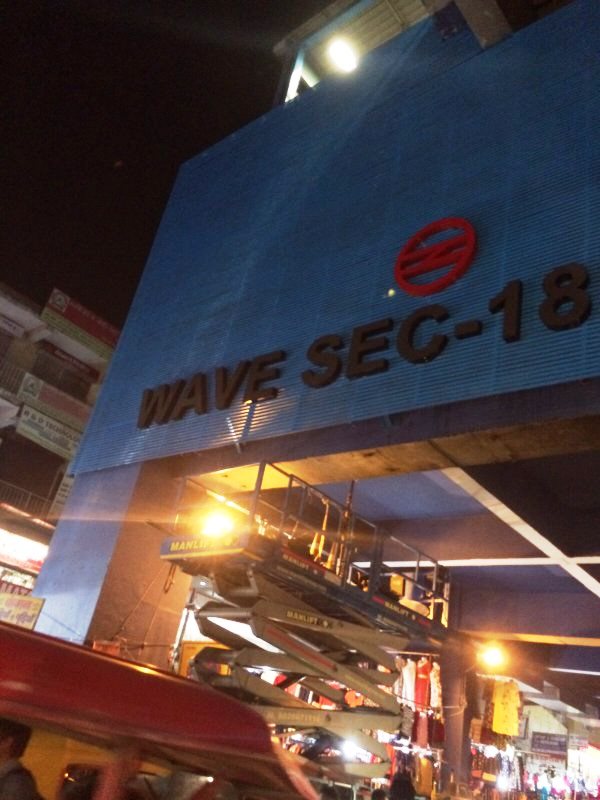 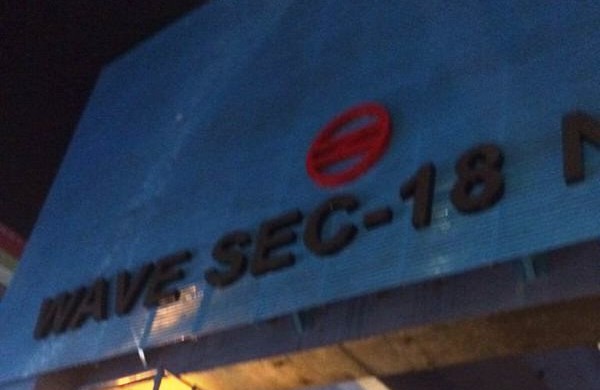 The letter N for Noida is visible in this snap – Photo Copyright: Rishabh Anand

Besides the four-screen Wave Cinemas at the nearby Centrestage Mall, Wave Infratech has two commercial projects in Sector 18, so by winning the bid to rename the station, they’ve now further consolidated their presence in the area. One of the two commercial projects is the puny little Wave 1st Silver Tower that doesn’t warrant more than a mention. However, the 40 storey Wave One tower that just topped-out is MASSIVE big ticket project that needs to be shared! Here are some images: 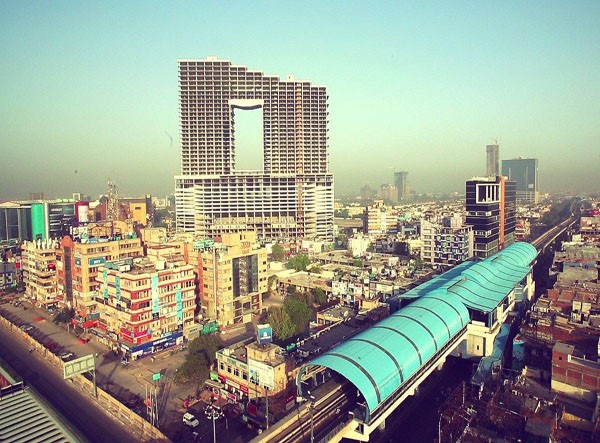 Wave One with the erst. Noida Sector-18 station shot in March 2015 – Photo Copyright: Wave One 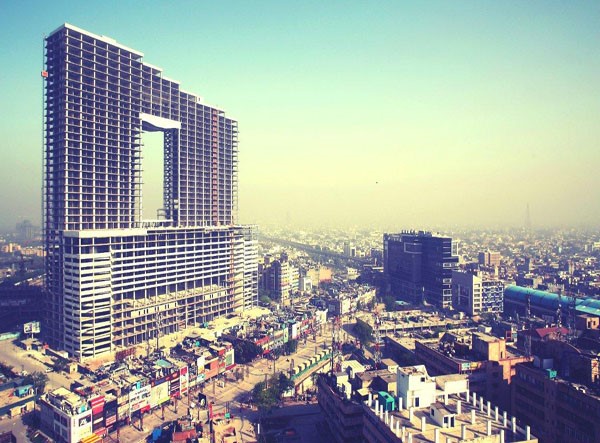 Wave One with the erst. Noida Sector-18 station (on the right) shot in March 2015 – Photo Copyright: Wave One

With this station rebranded, the remaining 5 stations waiting to be rebranded are all located outside of Delhi and include stations at Vaishali, Golf Course, Botancial Garden, HUDA City Centre and IFFCO Chowk.

As a reminder, Gurgaon’s Rapid Metro was the first operator in the country which offered  station naming rights. Some of the station on its 5.1 km line are called Indusind Bank Cybercity, Vodafone Belvedere Towers and Micromax Moulsari Avenue after various brands put in the highest bid. Following Gurgaon & Delhi’s example, the Noida Metro Rail Corporation in December 2014 announced that they will similarly auction the station naming rights along the 29.07 km Noida – Greater Noida metro line prior to it opening in late 2017. For regular updates on that line, please see this page.