The Mumbai Metro Rail Corporation (MMRC) that was formed to execute the 33.5 km Line-3 from Colaba to SEEPZ has published a notice on their website inviting Rolling Stock manufacturers to participate in the prequalification stage to supply 35 train-sets of 6 coaches for a grand total of 210 coaches!

Applications by Rolling Stock companies have to be submitted by 15th January 2016 after which financial bidding is expected to commence in April 2016. A metro coach can cost anywhere from Rs. 8 crores to Rs. 12 crores, so I expect the Rolling Stock contract’s value to be somewhere in the range of Rs 1700 crores to Rs 2500 crores.

Besides preparing the prequalification bid documents, the MMRC is currently in the process of negotiating construction contract terms and value with the lowest bidders of each of the 7 sections of the line which were announced in early October. As per a MMRC official who interviewed with the TOI:

The civil work bids have not be finalized but that does not mean that the work cannot begin on other equally important components of the project. There will be financial bids too and there after the bidder will be selected. It is long drawn process and we do not want the project to get delayed because of procedural reasons. The manufacturer too will need to adequate time to deliver the rakes in time to ferry commuters. 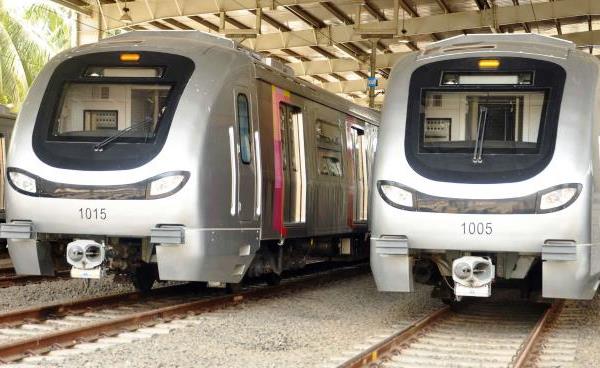 With superior signalling technology available through different vendors, metro corps in India have used the informal “~1 train-set per km” rule to decide the number of trains it plans to procure. The number of coaches and expected Passengers per hour per direction (PPHPD) are of course other variables that come in to play. Looking at that, 35 trains for a 33.5 km line is just about right. Chennai Metro ordered 42 trains for a 45 km Phase 1 network while Jaipur ordered 10 trains for a 9.63 km network. Similarly, Gurgaon Metro ordered 5 trains for its 5.1 km Phase 1 network and 7 new trains for its 7 km Phase 2 network. Delhi Metro in 2013 placed an order for 81 trains that it plans to run on the 96.83 km Pink & Magenta lines.

Looking at the Yellow & Blue lines which form the backbone of the Delhi Metro, a 6 coach metro train running through the length of Mumbai might seem inadequate, but that is fine at this stage of the project as the stations on this line can easily accommodate 8 coach trains.

As per Page 15 of the Executive Summary of the line’s Detailed Project Report, the platforms will be 180m wide which is sufficient to handle 8 coach trains which are typically 20-22m long. This fact has constantly been reiterated at public hearing events organized by the MMRDA/MMRC. Here’s an excerpt from one such event held in April 2012:

Mr Madan mentioned that they were going to adopt designs for eight-coach train as against six-coach they had been mentioning earlier. This would mean that the station length will be 180 m.

A typical underground station would be fully air-conditioned, will have a concourse level and the platform level. Entry and exit, the information sheet said, will be by escalators and lifts, but MMRDA did not mention anything about a staircase. It will be designed for eight-coach trains. Station fire and emergency systems will be designed as per international standards (NFPA-130). 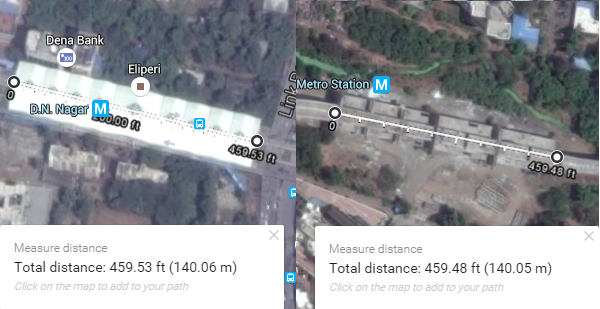 Since the financial bids for constructing line-3’s tunnels & stations have overshot the MMRC’s 2011 estimate by 50%, diverting or requesting additional funds for more coaches from the stakeholders (JICA/Centre/State) will be impossible and a waste of time & resources. As such, I believe the MMRC’s decision to set the ball rolling with 6-coach trains is perfectly fine for now. At a later stage prior to the line’s launch, it’ll be easier for the MMRC to request funds which I expect will happen.