Just 6 days after the first pier cap was erected on a pier of the NC03 section of the 30.016 km Noida – Greater Noida metro line, the first pier cap has now been erected on the NC01 section as well! This feat was achieved on the night of December 10 (Thursday) on Pier# 37 which is located between Sector 51 and Sector 72. 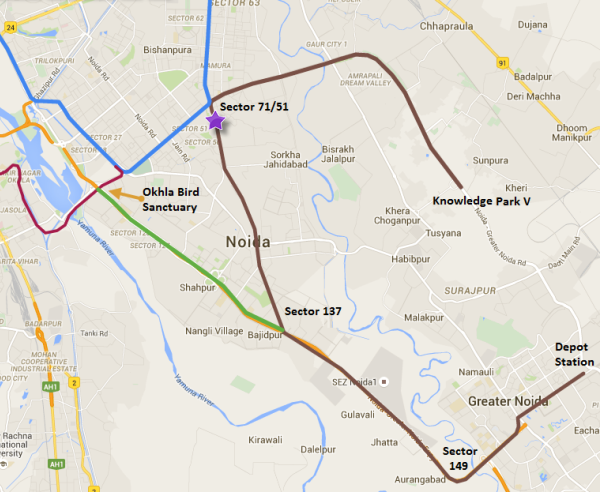 Purple star indicates where the pier cap was erected 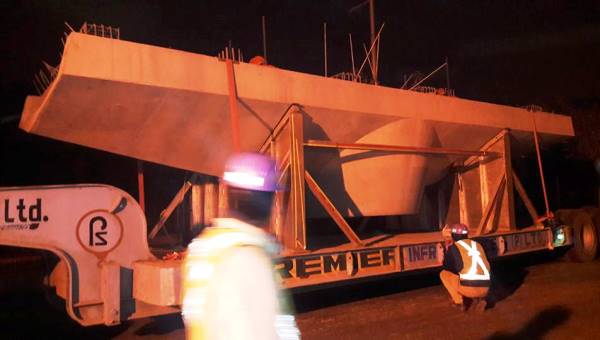 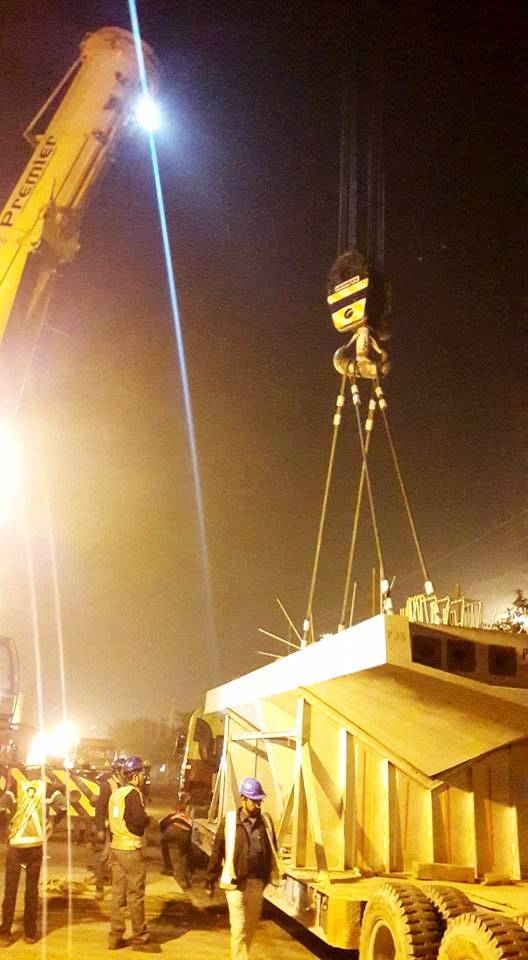 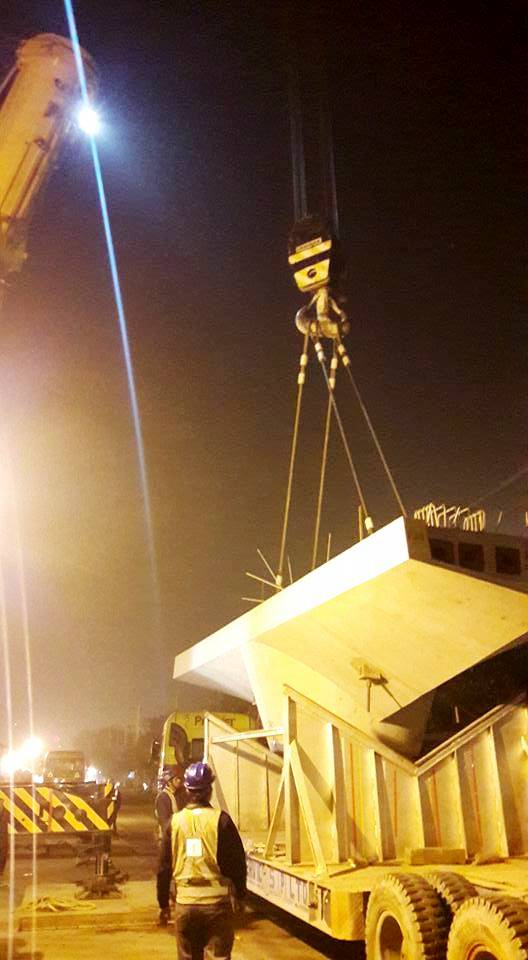 …And we have a lift off! – Photo Copyright: Anshul Yadav 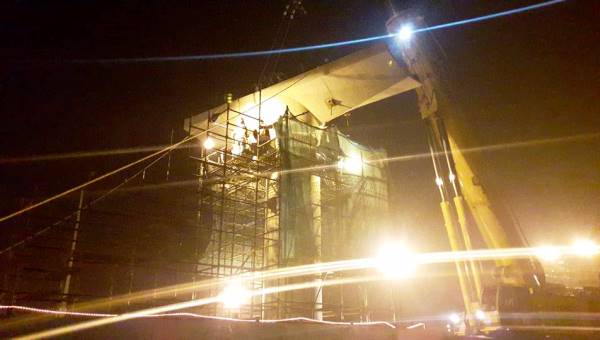 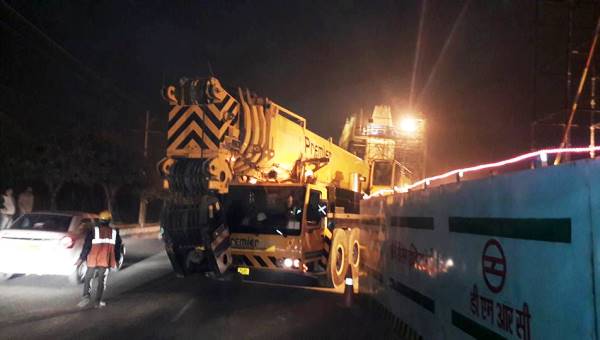 The crane which helped achieve this – Photo Copyright: Anshul Yadav 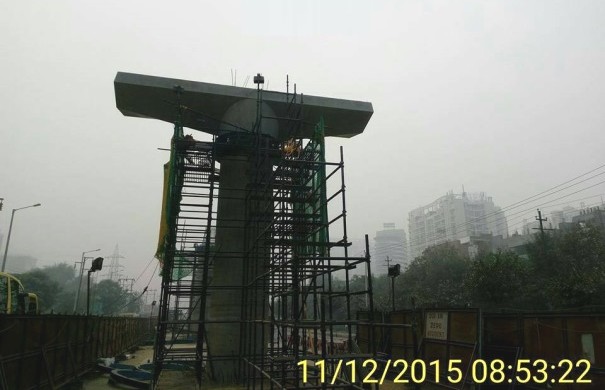 This pier cap was cast at the casting yard located at Sector 149 which was visited in October by DMRC’s chief, Mr Mangu Singh. Just recently, I posted some brilliant images from inside the second casting yard at Greater Noida’s Junpat village which are worth a look.

In other news, the winner of the Rolling Stock contract to provide 76 coaches (19 trainsets x 4 coaches) for this project is supposed to be announced very soon. Usually Rolling Stock manufacturers delay and time the announcement to match their quarterly financial results to boost share prices. For example, in Lucknow – I had gotten wind of Alstom winning the contract on September 7 but the formal announcement was made only on October 5.

Overall, the project is moving at a very satisfactory pace and the DMRC is confident of conducting trial runs in July 2017 and launching the line later that year.