The Chennai Metro’s newsletter with in-depth tunneling updates is back! In the recently published November newsletter, which is worth a look and includes data up till November 30, the Chennai Metro Rail Corp has restarted to include the meters completed by each TBM working on the project.

Before diving into that, let’s take a look at some images of other sections: 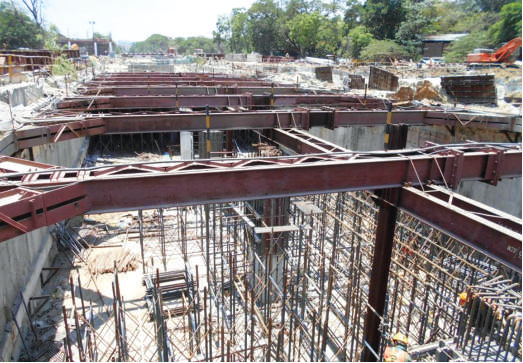 Shenoy Nagar station where tunneling is complete on either ends – Photo Copyright: CMRL 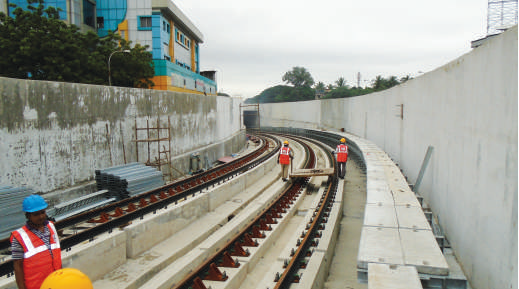 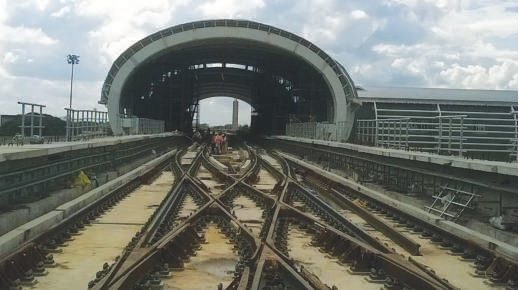 Cross over at the Airport station – Photo Copyright: CMRL 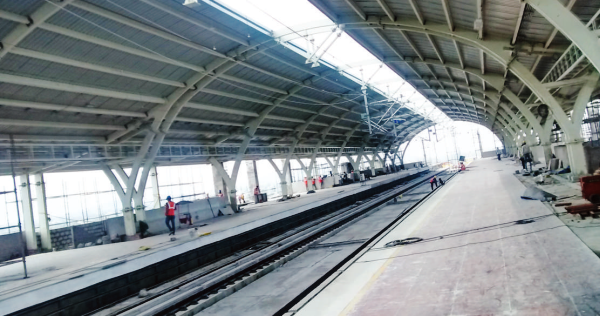 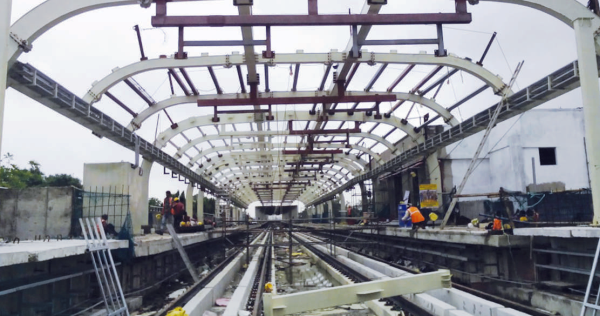 • The underground section from Koyambedu to Egmore (~ 9km) is complete and trials by an OHE wagon began in October. In March 2016, I expect actual trial runs to begin after electrical and signalling work is complete.

• Tunneling between Washermenpet & High Court was completed in 2014.

• Tunneling between Saidapet and AG-DMS was also completed in 2014. The tunnels & stations unfortunately got flooded during the recent rains.

• For section UAA02 between AG-DMS and May Day Park, the Gammon-Mosmetrostroy JV had abandoned the tunneling in May and as per recent reports, L&T will take up the balance work. Out of 3616m of twin tunnels, only 1835m and 1700m have been completed.

• For section UAA01, please refer to the map and table below: 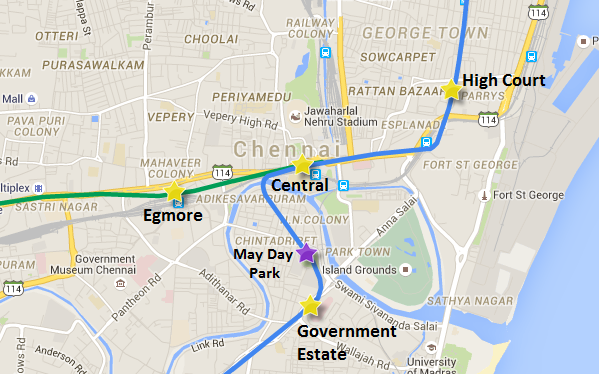 • The Afcons-Transtonnelstroy JV started tunneling from Egmore to Central in October. Tunneling on that section will take another 7 months to be completed.  For the High Court – Central section, the contractor had launched two TBMs from the High Court last year which are expected to make a breakthrough one after the other by March 2016.

• Between May Day Park and Central, the Afcons-Transtonnelstroy JV had completed the up-line tunnel in July 2014. For the down-line, while the newsletter indicates 172m is left, as per an engineer – on December 12 only 138m were left to be tunneled. A breakthrough on this section is expected to take place in January 2016!

Looking at the progress made and the fact that rains slowed down the project which now requires a design rework at some places, I expect the entire 45.1 km phase 1 to be operational only in 2018.