The Chennai Metro’s Koyambedu Depot has shiny new occupants! Yesterday, Alstom delivered coaches for train numbers 30, 31 and 32 as part of the Rs 1,471 crore contract signed between Alstom and Chennai Metro Rail Ltd for 42 train-sets in August 2010. Each of these trains contain 4 cars which were manufactured just 75 km away at Alstom’s Indian plant at Sri City, Andhra Pradesh. Back in September, CMRL had received train numbers 26-29. 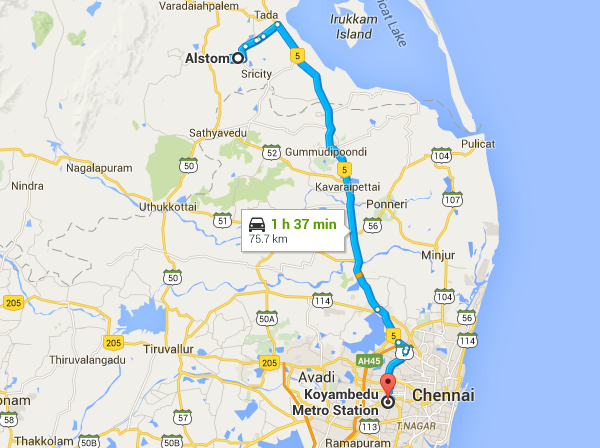 Route from Alstom’s plant in Sri City,AP to Koyambedu Depot in Chennai 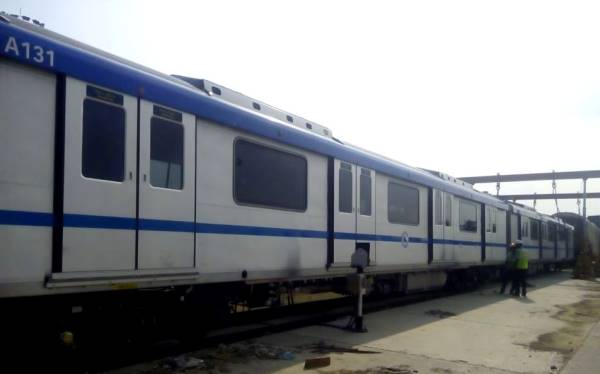 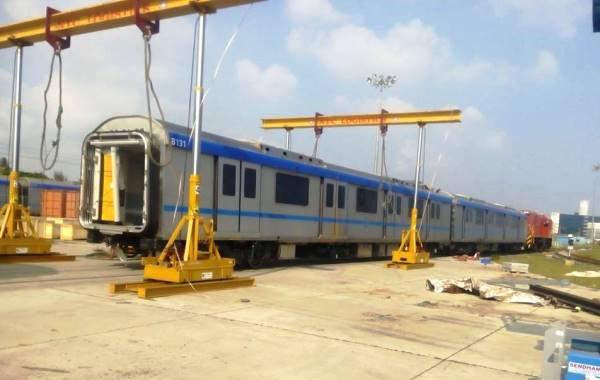 After the coaches were unloaded, a preliminary visual check was performed after which the trains were coupled together. The trains will now be moved to the workshop line for non-regression testing and then to the test track within the depot (See: Tour of Chennai Metro’s Koyambedu Depot) for further testing. With these 3 trains safely delivered to their new home, only 10 more are now left to be delivered as part of the 42 train-set contract!