Although the Western Ghats’s landscape & flora have been adopted as the overall interior theme for all stations on this line, 5 stations (see list at the bottom) have been designed with unique themes representing different facets of this city and state . These designs have been prepared by Tata Elxsi which functions as the Kochi Metro’s overall design consultant for making the system friendly & easy to use. They’ve also helped prepare the design of the 25 Alstom train-sets, the first of which was unveiled in September 2015 and brought to the Aluva depot in January 2016. 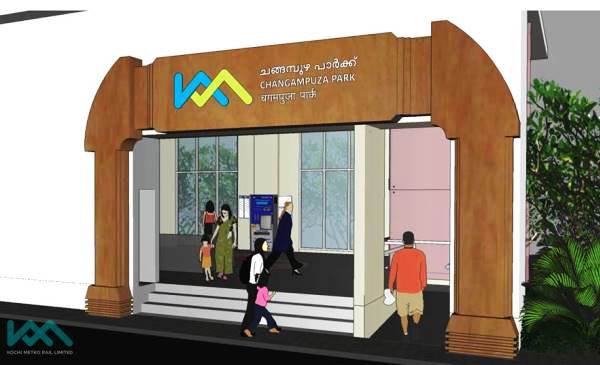 The metro station at Changampuzha Park is arriving with a never before seen mixture of tradition and sophistication. This truly out of the box initiative of the Kochi Metro Rail offers a sneak peek on the rich and traditional art forms of Kerala. The glory of rich culture that has bred all of us can be savored to the hilt in this stand out place that plays host to a handful of original ideas. 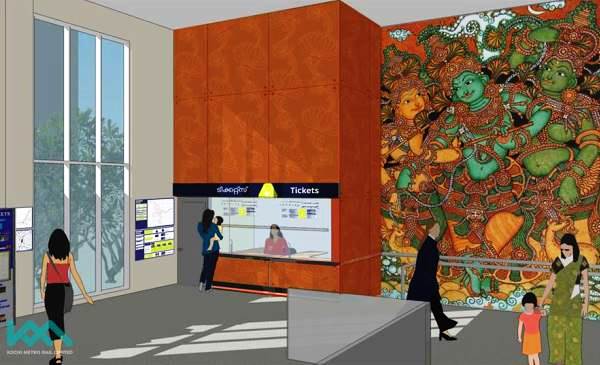 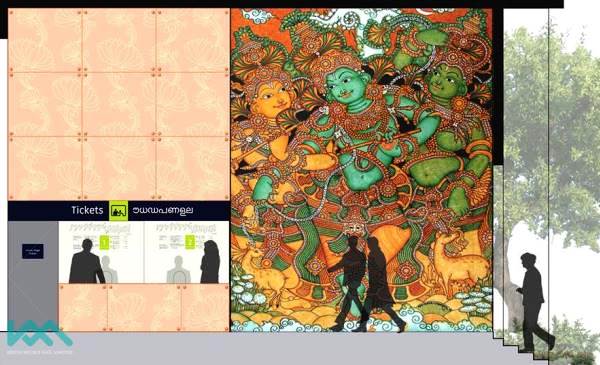 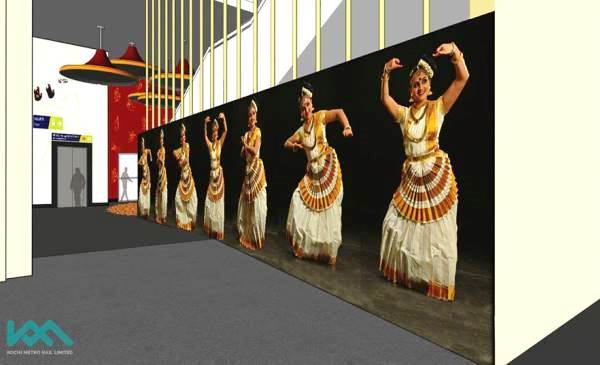 Boards with Mohiniyattam being performed will adorn one of the walls – Source: Kochi Metro Rail 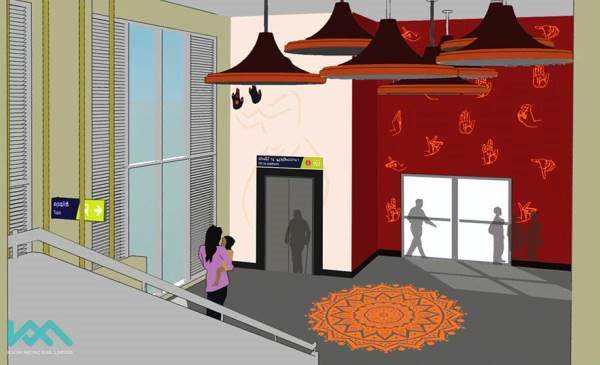 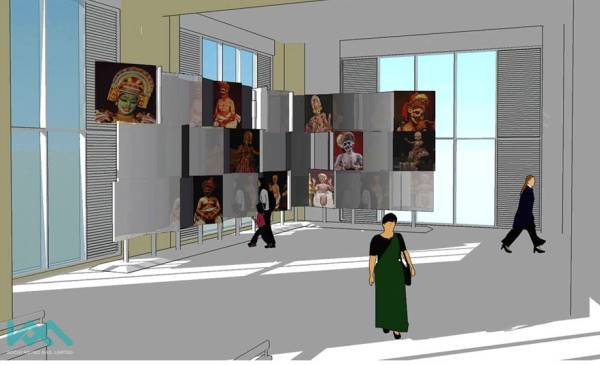 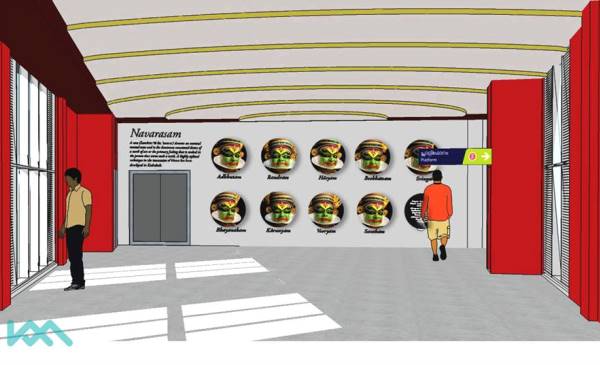 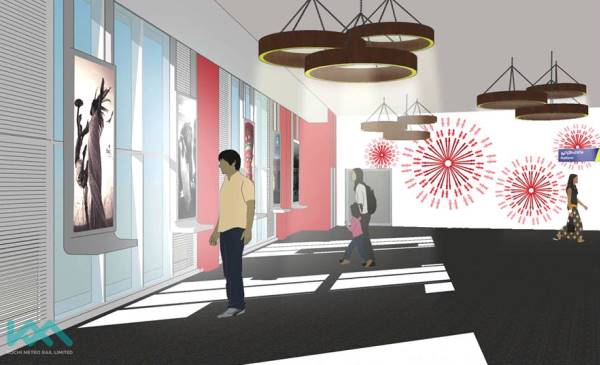 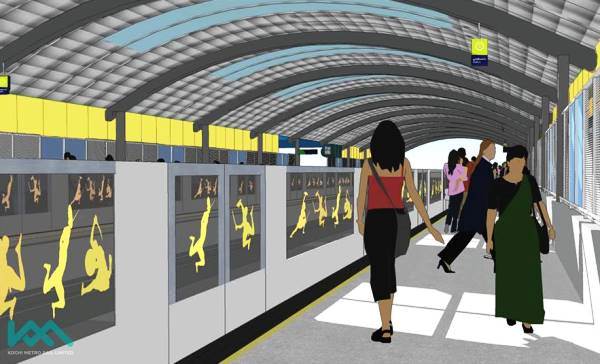 How PSDs at the station would look like when installed – Source: Kochi Metro Rail

FYI – The plan to install platform screen doors (as shown above) has been put on hold for an indefinite period of time due to their high cost.

As a reminder, here’s a list of stations which’ll have unique themes: