Yesterday evening, the Afcons-Transtonnelstroy JV began a month long process of lowering parts of a Tunnel Boring Machine (TBM) at the Howrah Maidan station’s shaft! The process was started by customarily first lowering the TBM’s back-up gantry or trailing gear (see: parts of a TBM) where the control room, grouting equipment, ventilation fan, transformer and other key electrical & hydraulic systems are housed.

Once all the parts are lowered and assembled over the next 45 days, this TBM is expected to be commissioned in April, and will be used to excavate & build the up-line tunnel between Howrah Maidan and the Howrah Junction railway station on the western end of Kolkata Metro’s 16.34 km East-West line.

Note: This line’s section between Howrah Maidan and Phoolbagan will be underground of which only the Phoolbagan – Sealdah section has so far been completed. 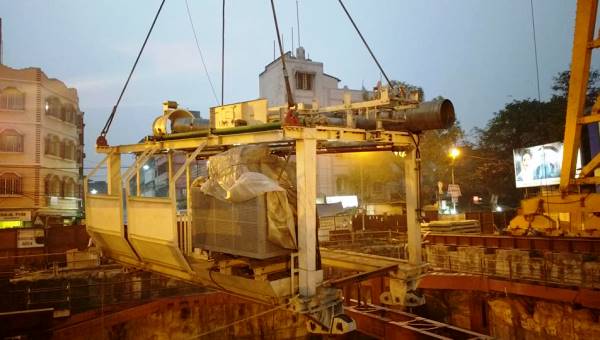 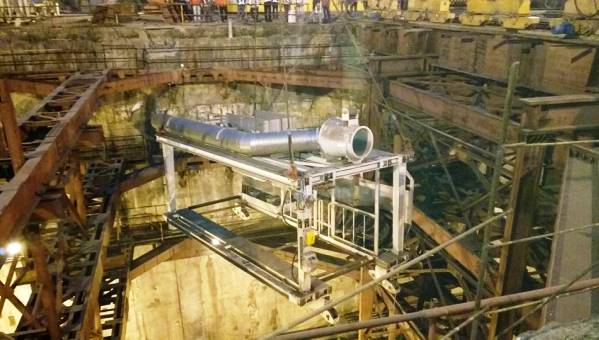 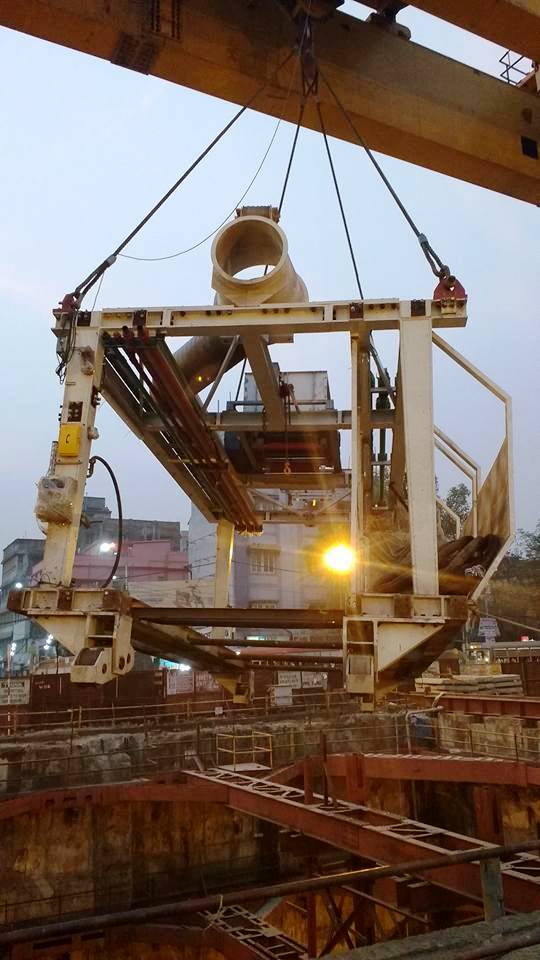 After the TBM is commissioned in April, it can take anywhere from 3 to 5 months for it to reach the busy Howrah Junction railway station which lies on the edge of the Hooghly river.

The cradle on which this TBM’s shields will rest on was lowered on January 8 (see images) after India’s Railway Minister Suresh Prabhu inaugurated the start of tunneling work which had been on-hold for more than 3 years due to land acquisition issues in Kolkata’s Bowbazar-BBD Bagh area. According to his keynote speech at the event, the 9 km first phase of the line from Salt Lake Sector V to Sealdah will be operational in June 2018 while the 7 km second phase from Sealdah to Howrah will be operational by June 2019.

Overall, things are looking up for this line. The KMRC recently invited tenders for installing platform screen doors (PSDs) at all stations and also awarded BEML a Rs 900 crore contract to supply 14 train-sets of 6 coaches to operate on the line.