Just like the Kerala government’s decision to lay the foundation stones for Trivandrum & Kozhikode’s metro projects later this month, the Assam cabinet with an eye on the upcoming Legislative Assembly elections in mid 2016 has also conveniently given its approval to the Detailed Project Report (DPR) of Guwahati’s Metro Rail project! The Rs 18,020 crore project’s DPR with 4 lines totaling 61.4 km in the first phase was prepared by RITES Ltd. with whom the state government signed an agreement on May 30 2014 to prepare the Metro system’s 203 km master plan.

Chief Minister Tarun Gogoi’s office yesterday announced that the CM will lay the project’s foundation stone on February 29 at Khanapara where a station will come up to serve as an interchange between lines 2 & 3.

As per the details available, Phase 1 of the project consists of 4 lines with 54 stations and all trains will initially run in a 3-coach configuration with a capacity of up to 975 passengers.

Note: Official line colors have not been announced but have been allocated for representational purposes. 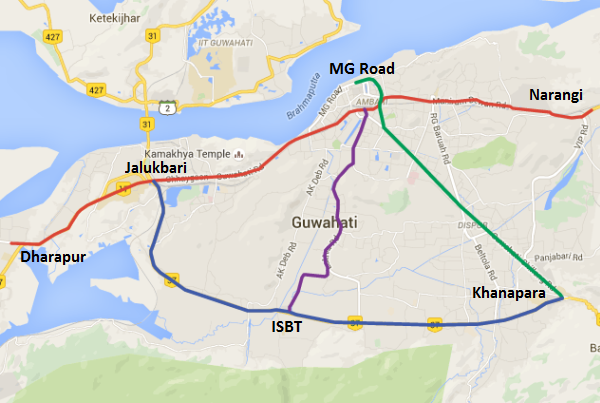 Assam’s cabinet also approved the formation of a special purpose vehicle (SPV)/nodal agency called Guwahati Metro Rail Corporation Limited (GMRCL) for implementing the project. The project’s DPR will now be sent to the union government for its clearance and to pick up a 50% stake in the SPV.

As for funding, both the State and Central governments will each contribute 3,475 crore (20%) of the total cost while local development bodies will contribute Rs 350 crore (2.01%). The remaining Rs 10,074 crore (57.99%) of the cost will be funded through foreign lenders. 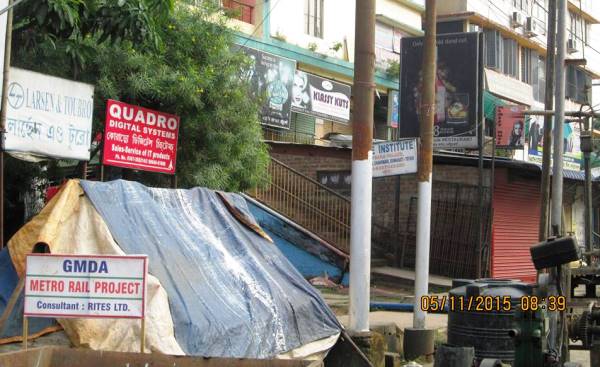 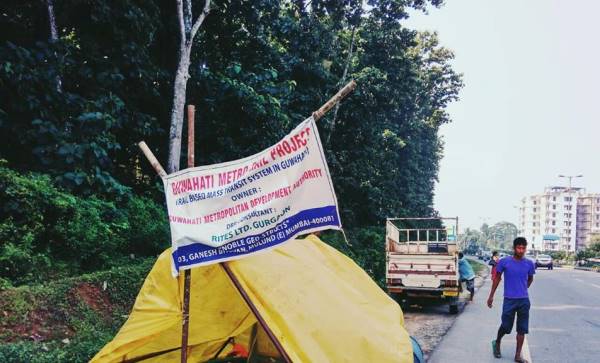 Once the SPV is formed and staffed, it can choose to begin the tendering process and civil construction while waiting for the union government & public investment board (PIB)’s approval like previously done in Bangalore, Chennai and Lucknow, but it remains it to be seen if that route will be taken. If it chooses to do that, then I’ll make sure to either tweet about it from my Twitter handle or post an update here on the site.

For more updates on Guwahati’s metro system, check out the Guwahati section of The Metro Rail Guy!