Surprise, surprise! 🙂 Over the past weekend, the Commissioner for Metro Rail Safety (CMRS) quietly conducted a safety inspection of Hyderabad Metro’s 8 km Nagole – Mettuguda stretch of line 3! The operator of Hyderabad’s upcoming 72 km metro system, L&T Metro Rail Limited, did not make any recent announcement, blurb or reference to getting this inspection performed.

The CMRS’ visual inspection of the tracks & trains is mandatory, and the last step before commencing commercial operations for any metro system in India. The team in Hyderabad was led by D.K. Singh who in September 2011 inspected Bangalore Metro’s 6.7 km Reach 1 between Byappanahalli and M.G. Road.

Trial runs on the Nagole-Mettuguda section began in August 2014. Check out some nice images of a trial run shot at Tarnaka here: Hyderabad’s Metro during a trial run. Stations on this 8 km section include Nagole, Uppal, Survey of India, NGRI, Habsiguda, Tarnaka and Mettuguda as shown below: 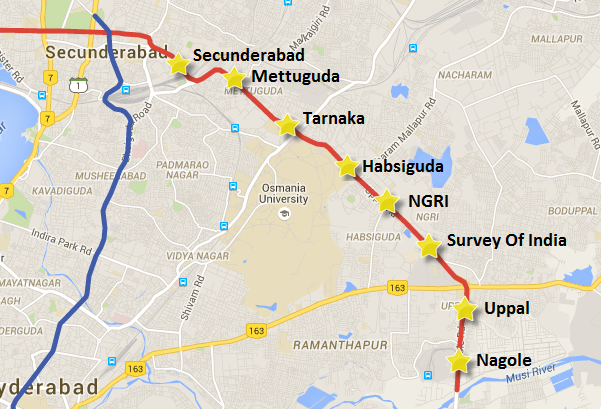 In May 2015, L&T obtained a Speed Certificate from the Research Design & Standards Organisation (RDSO) which checked the system for compliance in design and specifications. This includes oscillations, electric cabling, braking performance & speed potential of trains.

Here are some images from the CMRS’ inspection: 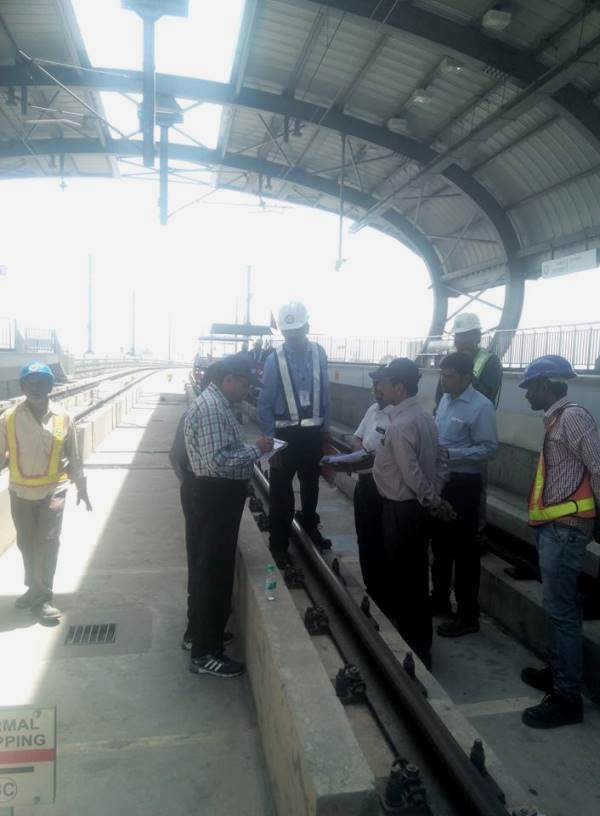 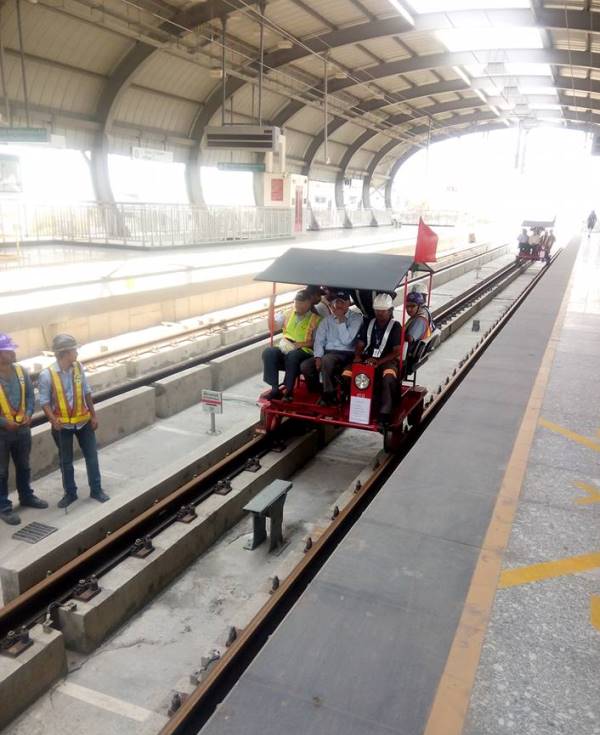 All aboard this little red contraption! – Photo Copyright: Rohit Meena

The CMRS will now submit a report with its decision & any suggestions for safe operations within the next week after which the ball will be in the state government’s court for commencing operations. Recently, K.T. Rama Rao, Minister for municipal administration and urban development, announced the government’s intention to start operations along this section and the 12 km Miyapur – SR Nagar in June 2016, so this inspection fits right into their plans.

Before I sign off, here are some posts which contain LOTS of images of Hyderabad’s stations (from inside & outside) and its Hyundai Rotem trains. Check them out to see what’s in store for Hyderabad’s commuters: