Yesterday, S.Selvaraj, Joint Secretary of the Department of Economic Affairs at the Ministry of Finance, and Roland Siller, Director General of KfW – Germany’s development bank signed a loan agreement deal for Nagpur’s Metro in Delhi! The €500 mn (Rs 3772 cr) loan has a term period of 20 years with a moratorium of 5 years, and will be disbursed in tranches over the course of the project. The interest rate will based & derived from the Euro Interbank Offered Rate (Euribor) plus a fixed component of 0.60%.

The loan’s proceeds will go towards the development of Nagpur’s 38.215 km Phase 1 project of which a 12 km section is currently under construction with funds provided by both the state and central government. For construction images and news from other sections of the project, see the Nagpur section of my site. 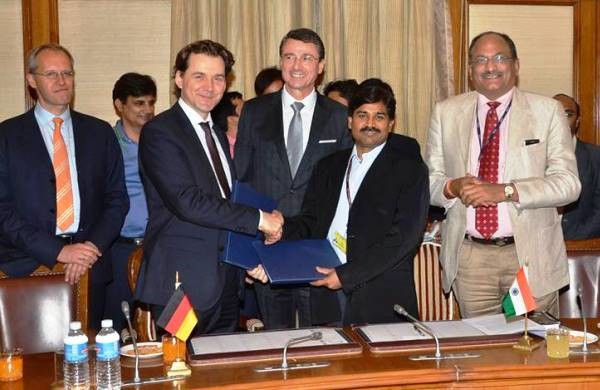 Although the agreement goes into effect now, representatives from the Nagpur Metro Rail Corporation have been in constant touch with KfW officials and obtaining their approval prior to beginning any bidding process, opening financial bids or awarding capital intensive contracts. This includes the 69 coach Rolling Stock contract & the 10.04 km Reach 3 contract (Lokmanya Tilak Nagar to Rani Jhansi Square) which are both expected to be awarded in May.

3 more loan agreements are expected to be signed this year:

In other news, Nagpur Metro’s General Consultant is expected to be appointed this month. 3 JV firms were shortlisted for the contract in February – see list.