The Delhi Metro Rail Corporation yesterday took the local media on a tour of its new Hyundai Rotem trains parked at the upcoming 58.596 km Pink Line’s Mukundpur Depot! These trains are part of a 81 train-set (486 coach) order which the DMRC had placed in 2013 for the new Pink & Magenta lines of the Phase 3 project.

The first train arrived here from South Korea in June 2015 and has since then been joined by many others. As per the agreement between Hyundai Rotem & BEML, the initial 20 train-sets (120 coaches) were manufactured & delivered from Changwon, South Korea while the remaining 61 train-sets (366 coaches) are currently being manufactured at BEML’s plant in Bangalore with Hyundai Rotem’s assistance – see another set of brilliant images here.

Just like the Hyderabad metro’s Hyundai Rotem trains, these new trains can also be operated without an operator and have been referred to as driverless all over social media, but an operator will be present for emergency situations at least for the first few years after which the trains will run unattended on the UTO (unattended train operation) mode. 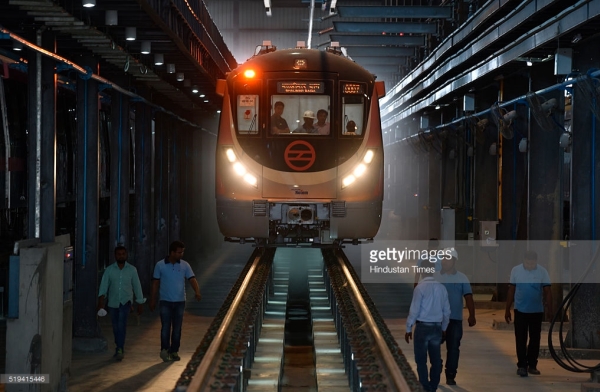 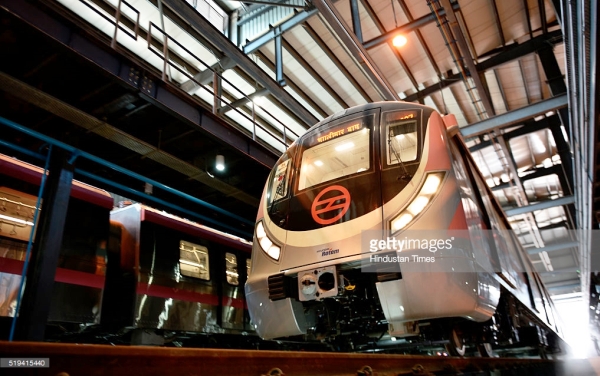 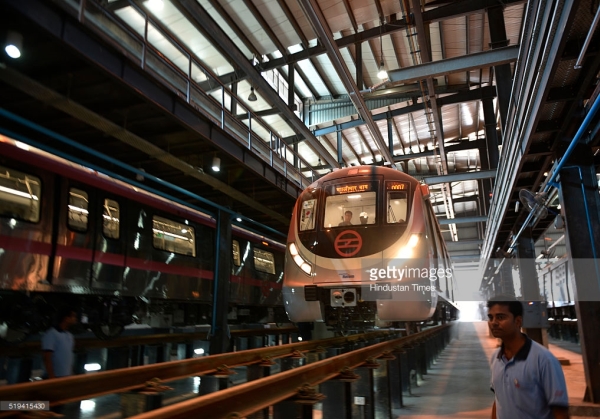 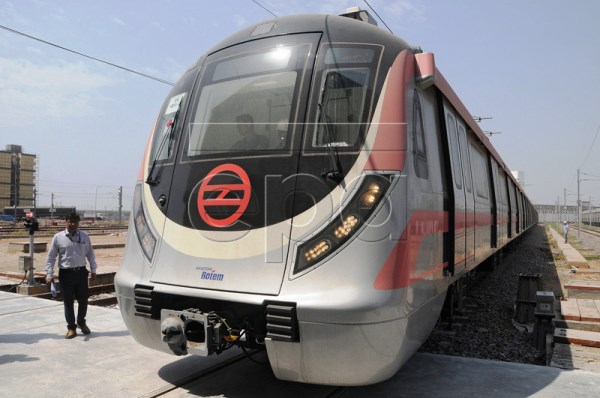 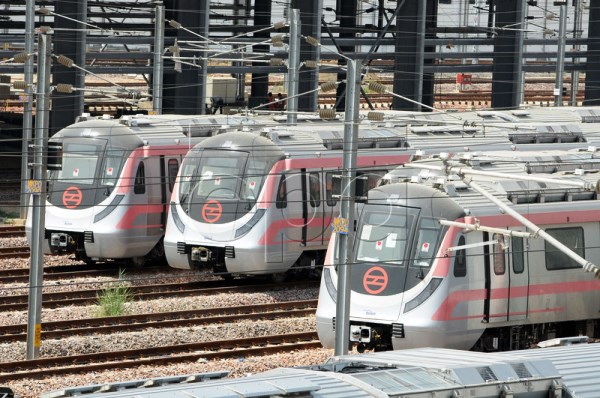 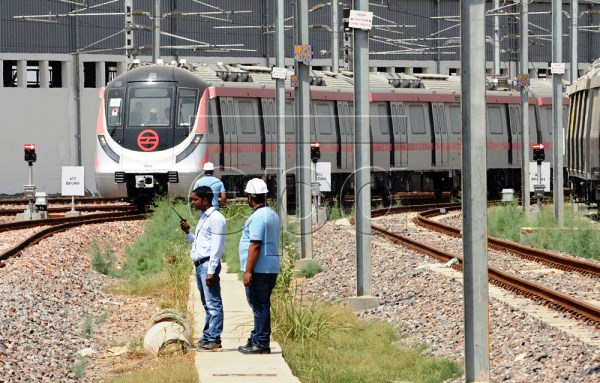 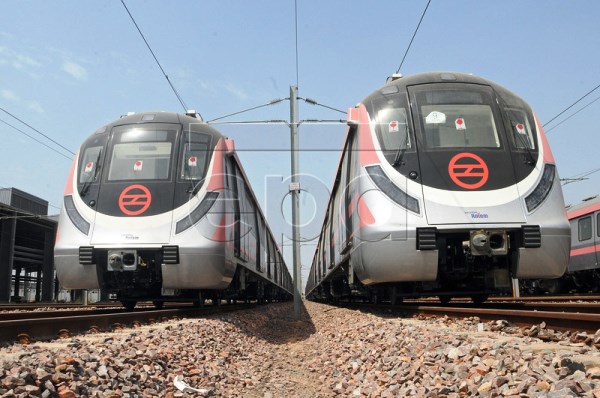 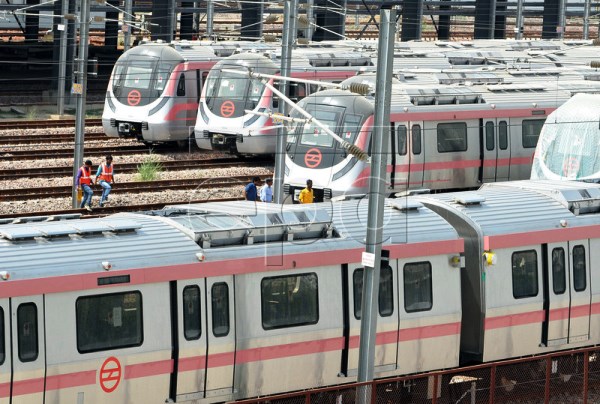 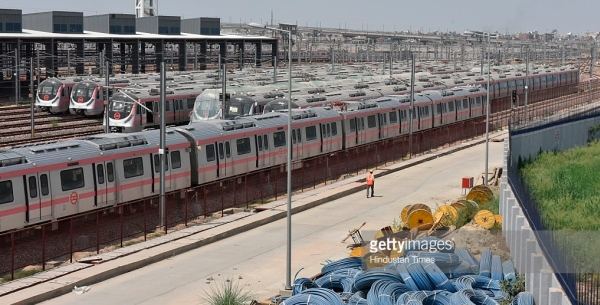 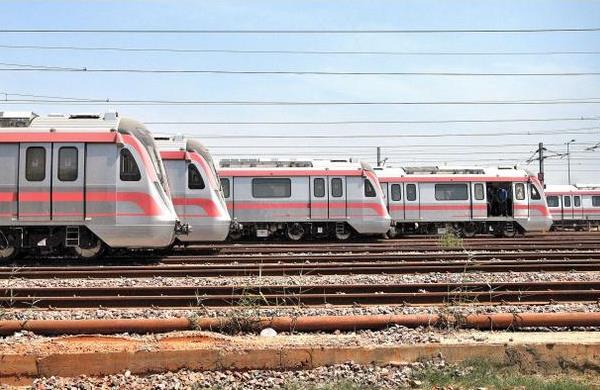 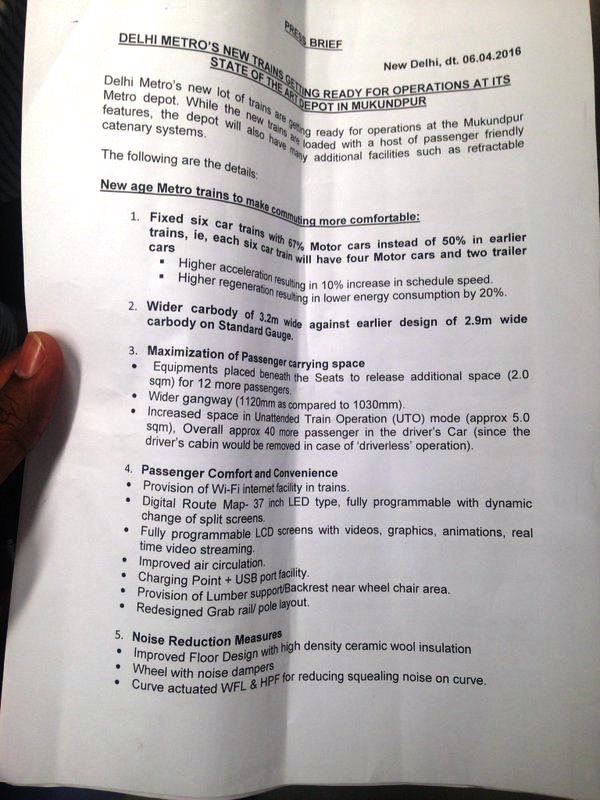 As per the DMRC, these stylish new trains have undergone significant technological as well as eco-friendly upgrades, and many additional features have been added to increase passenger comfort. Each coach can accommodate a maximum of 380 passengers, which translates to 2,280 passengers in each train set of six coaches. This is 240 more than the regular six-coach Metro trains that the DMRC currently operates.

Each coach is fitted with four 18.5 inch LCD screens to run audio-visuals messages and commercials. They also have improved design features like better regeneration of energy during braking, energy efficient sub-systems like LED lighting and air conditioning systems. To enhance security, these trains are equipped with CCTV cameras both inside and outside the trains. The grab-rails in the middle of the coaches have also been designed to allow more passengers to grab onto. 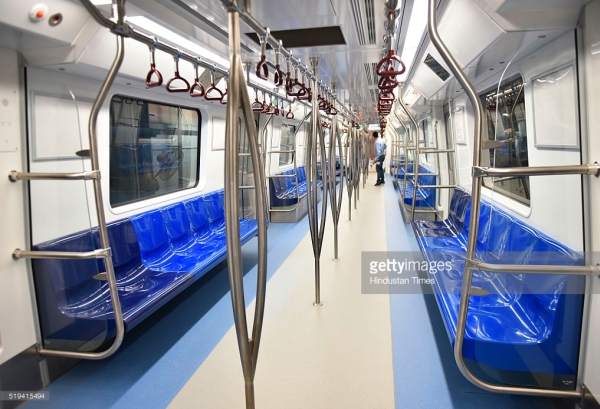 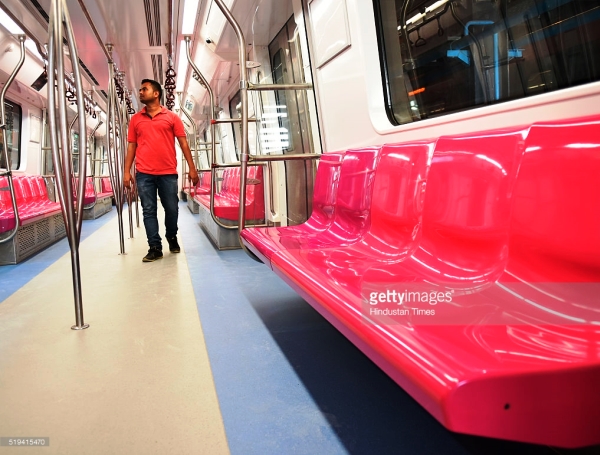 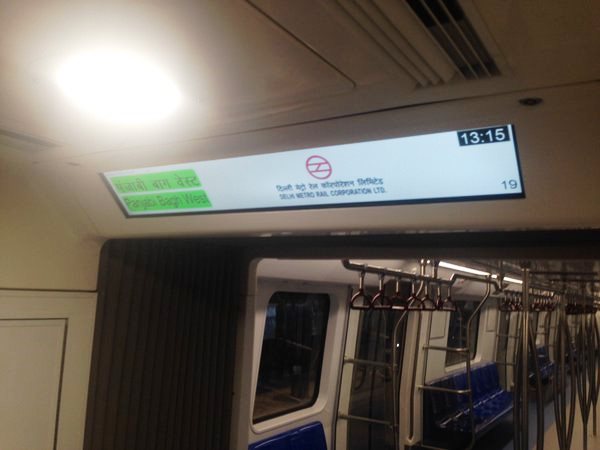 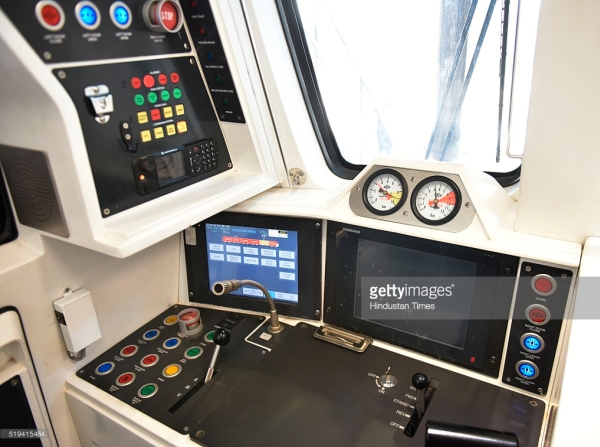 These trains will continue to be parked at the Mukundpur depot for the next 6 months as the tunnels connecting to Azadpur station are incomplete and running terribly behind schedule due to the presence of hard rock along the way. The first of 2 ‘rescue’ Tunnel Boring Machines (TBMs) from the Mukundpur end was recently commissioned and is expected to make a breakthrough sometime in July-August. Read more about that here: 1st Rescue TBM Commissioned for Delhi Metro’s Pink Line

Before you leave, do check out this post with images of one of the trains spotted at a South Korean train station!

For more updates & images on Delhi’s Metro’s Phase III project, check out the Delhi section of The Metro Rail Guy!