Six brand new coaches of the 2nd new Hyundai Rotem train which will operate on the Delhi Metro’s 38.235 km Magenta line have arrived at the Kalindi Kunj Depot! Unlike the first train which arrived naked a couple weeks ago, this train came with Magenta decal stripes already applied to its exterior body.

As mentioned previously, this train is part of a 81 train-set (486 coach) order which the DMRC had placed in 2013 under contract RS10 for running services on the new Pink & Magenta lines of the Phase 3 project. As per the agreement between Hyundai Rotem & BEML, the initial 20 train-sets (120 coaches) were manufactured & delivered from Changwon, South Korea while the remaining 61 train-sets (366 coaches) are currently being manufactured (see pics) at BEML’s plant in Bangalore with Hyundai Rotem’s assistance.

Just like the Hyderabad metro’s Hyundai Rotem trains, these new trains can also be operated without an operator and have been referred to as driverless and automatic all over social media, but an operator will be present for emergency situations at least for the first few years after which the trains will run unattended on the UTO (unattended train operation) mode. 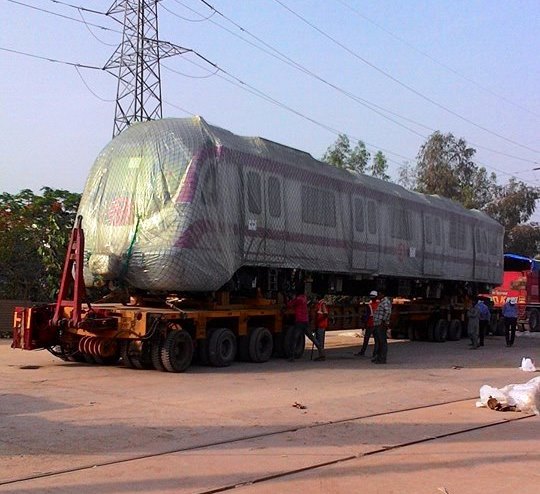 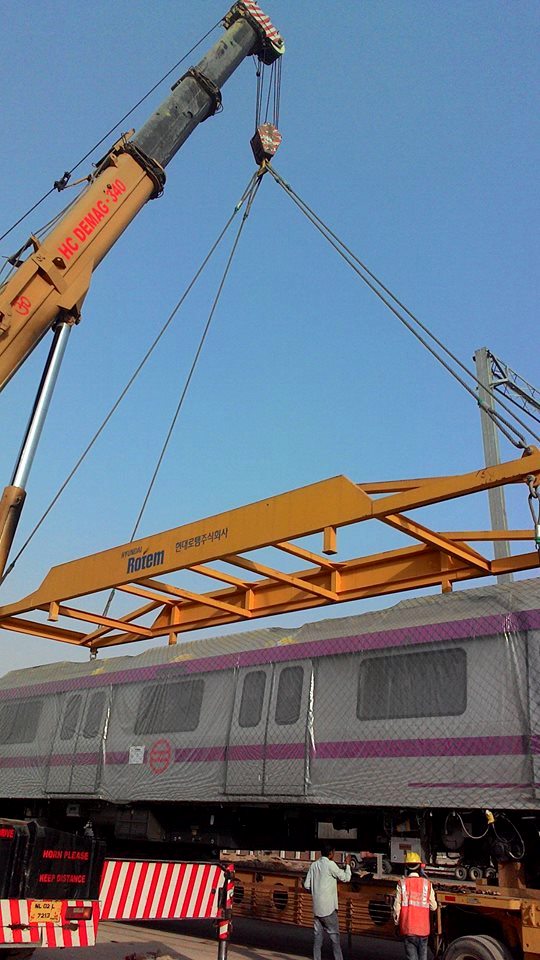 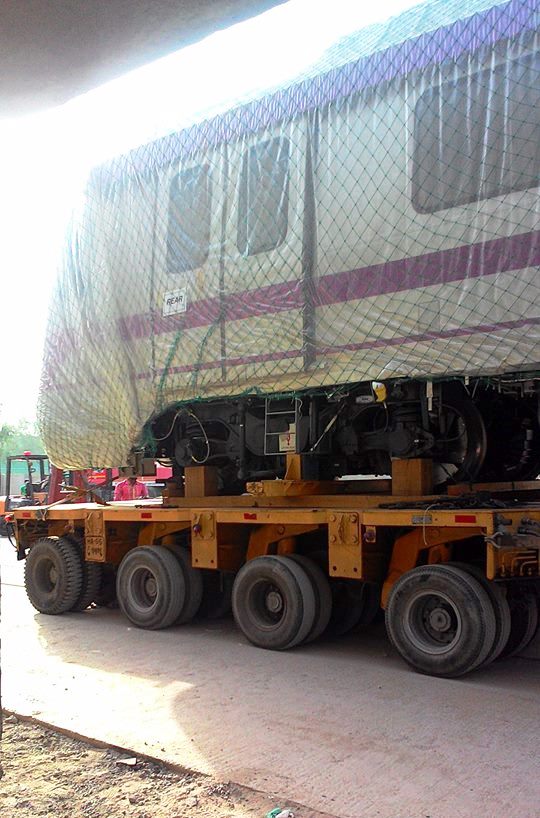 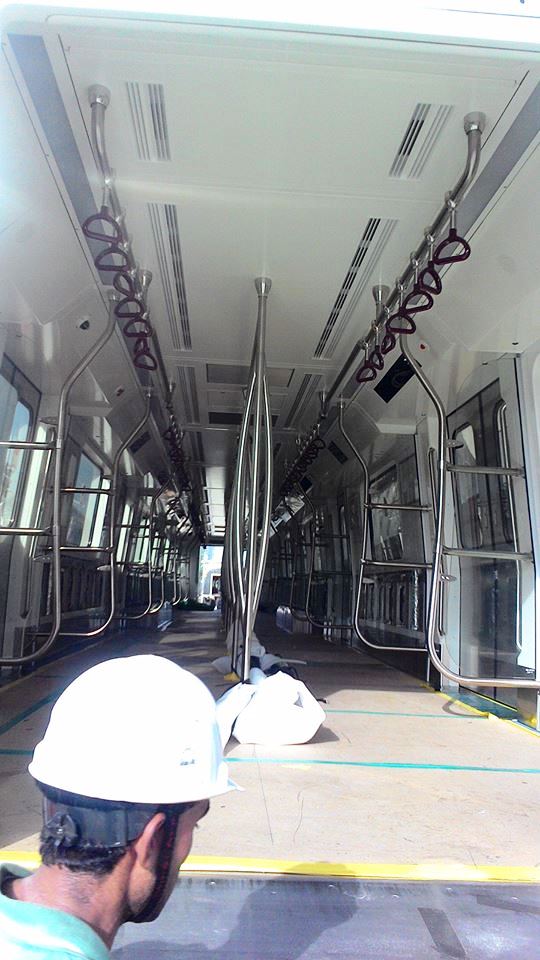 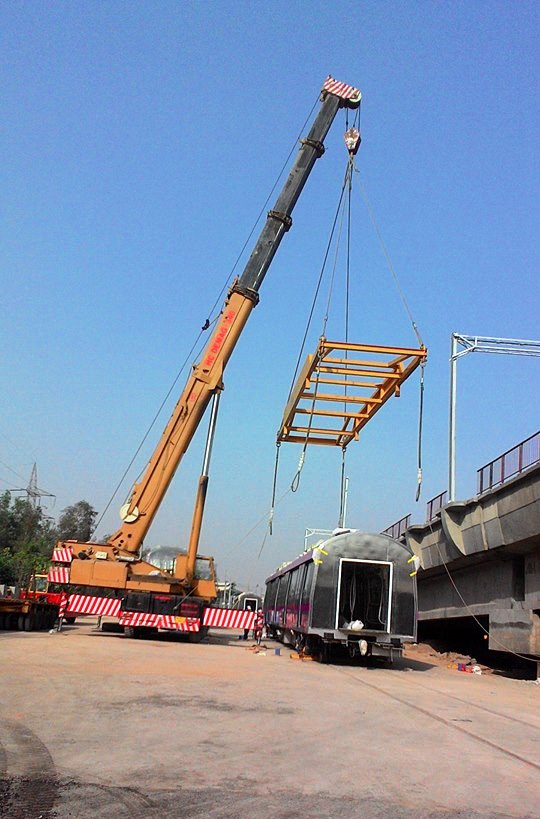 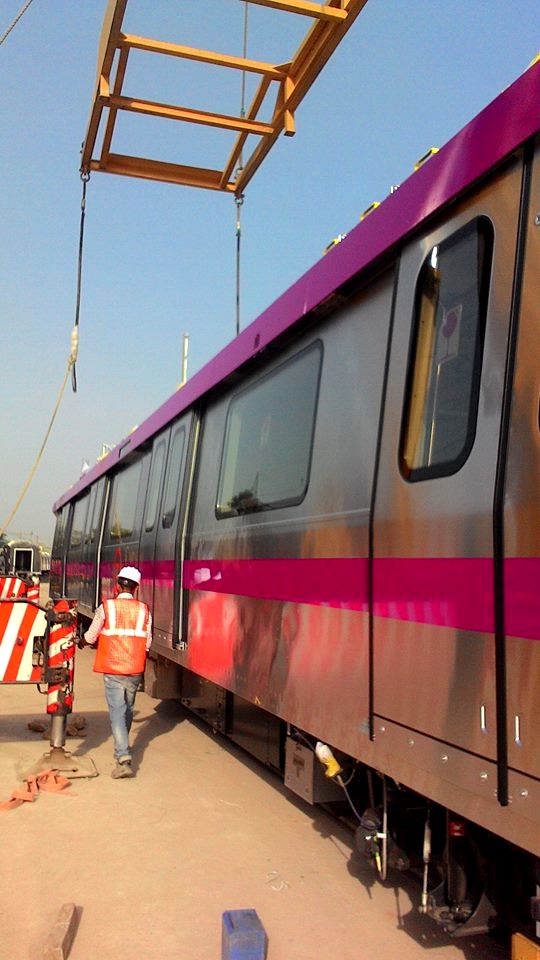 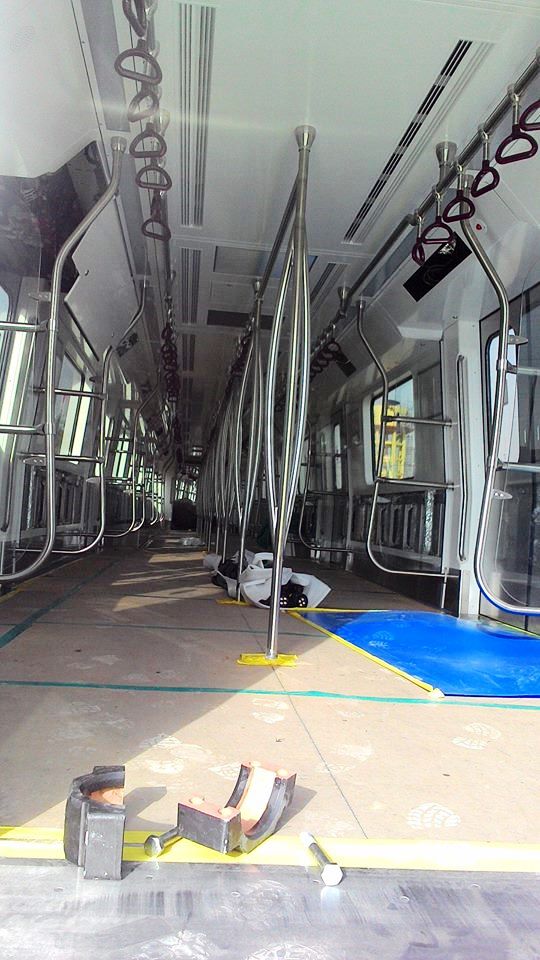 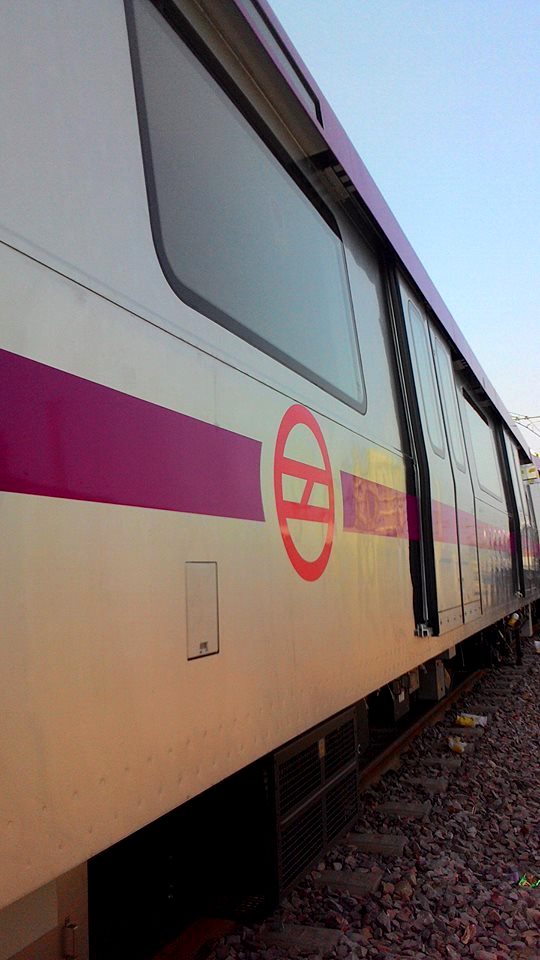