While I was away on a small break towards the end of May, a STEC Tunnel Boring Machine (#5) deployed by the L&T-SUCG team on package CC-27 of Delhi Metro’s Phase 3 project made a successful breakthrough at the upcoming 38.235 km Magenta line’s Aravali mid-shaft! After returning, a brief mention of this breakthrough was made in the June 2016 Tunneling Update.

The TBM was commissioned from the Shankar Vihar station in July 2015 and as part of its task, it excavated & built a 875m long tunnel consisting of 625 rings for the new Magenta line’s down-line. The first breakthrough at this shaft was achieved in March 2016 by a Hitachi TBM deployed from the Vasant Vihar station while work on the parallel up-line tunnel between Shankar Vihar & Vasant Vihar was completed in January 2015 without the use of a mid-shaft. The experience gained from that long & brutal journey underneath the Aravali Biodiversity Park necessitated the use of 2 TBMs & a mid-shaft to speed up the down-line tunnel’s construction.

Satellite view of the Aravali mid-shaft 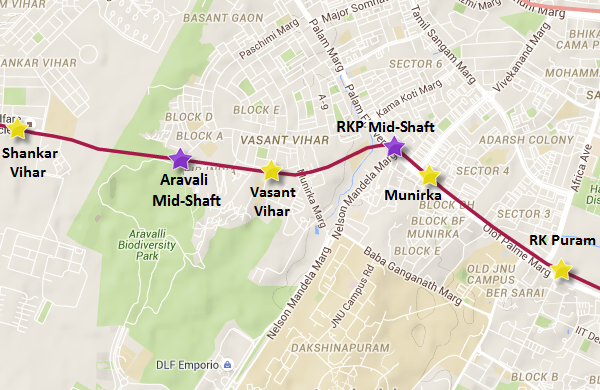 The TBM has since then been pushed out onto a cradle and is waiting to be dismantled. Here’s a recent image: 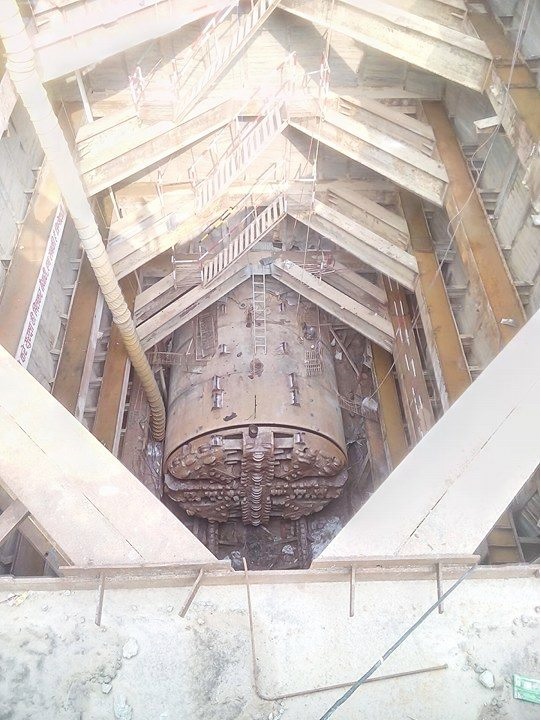 The Magenta line between Janakpuri W and Botanical Garden in Noida now has only 2 more TBM breakthroughs to go. In chronological order:

For a comprehensive report with progress made on all lines’ tunnels, see my June 2016 Tunneling Update.