This station on Kochi’s 27 km Aluva – Tripunithura metro line is part of package KC-03 which was awarded to Larsen & Toubro in April 2013. Soon after, Kochi Metro Rail Ltd officials proposed the construction of a new 11.2 km spur line connecting to InfoPark in Kakkanad (Phase 1B) with its southern terminal located at this station. That prompted a design rework and delayed construction work from starting. With the State Government giving its approval in May 2015, road widening followed by construction work for the station finally began in September 2015.

Land acquisition is currently underway for the 11.2 km Kakkanad spur (shown in red) and once it’s ready in 2021 (est.) , the JLN stadium station will allow users to easily switch between both lines. 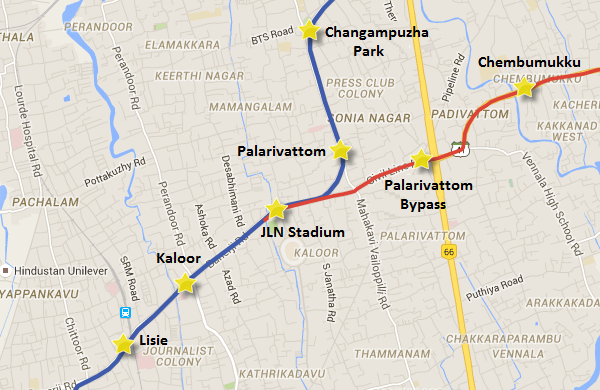 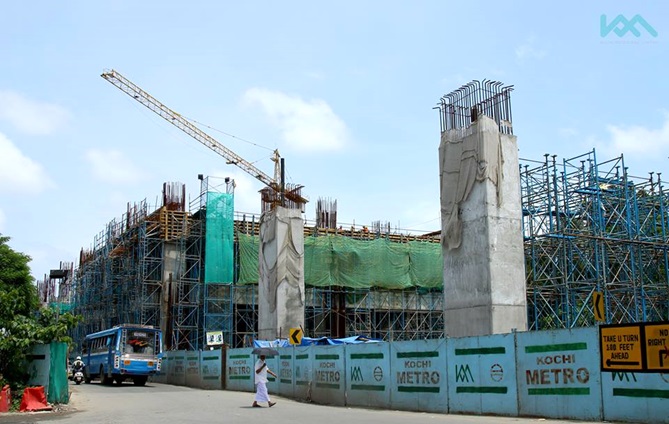 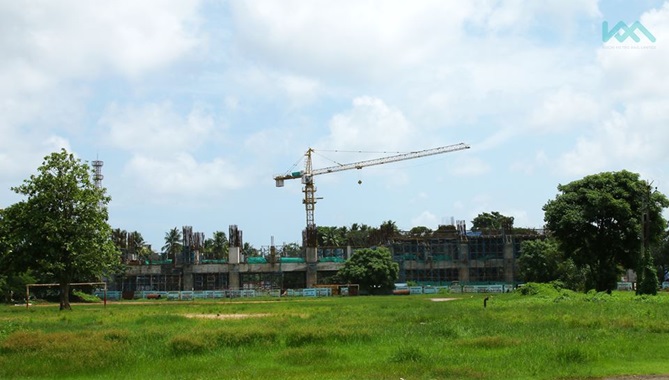 When ready in 2018, this station will be the largest station on the entire system. Needless to say, this station is not part of the 13 km section that Delhi Metro Railway Corporation and Kochi Metro Rail officials are planning to launch operations on in April 2017.