I just got back from a vacation which involved a lot of outdoor relaxation and have some catching up to do with mail, comments and news. In my absence, thanks to many readers for alerting me about the Bangalore Metro Rail Corporation making their August newsletter available. Do check it out for a lot more images and data points which have been recorded at the start of the month – i.e. August 1.

Notable progress on piling work has taken place at the Rajarajeshwarinagar and Jnanabharathi stations since last month. However, 0 new notices inviting construction have been posted since May 2015. The BMRCL till now has only invited bids & awarded contracts for 3 packages: 2 for the extension of the Purple Line to Challegata and 1 for the extension of the Green Line to Anjanapura/NICE junction – and work on those stretches has just commenced at the start of the summer. As such, without any new new packages in the tendering stage (see BMRCL’s tender page), construction work elsewhere (Whitefield, BIEC, Electronics City to name some places) is at the very least 12 months away from beginning.

Last month, I explained how important financing is in infrastructure projects and how the BMRCL still doesn’t have the external funds it needs (45% of Rs 26,000 crores) tied up to execute the project. Now, the Deccan Herald in support of that has published a report on the poor response the BMRCL has received from global lenders. In addition, the state government has announced plans to lease out land adjacent to Phase 1 stations to fund their portion of the project.

One significant thing to note is that the post of Director (Finance) at BMRC has been lying vacant for almost 9 months now. The BMRCL had invited applications in December 2015, but there hasn’t been any news on this position being filled. Without someone to vet proposals and take big decisions that steers the project’s financing and ultimately its success, the Phase 2 project has and will continue to slow down. 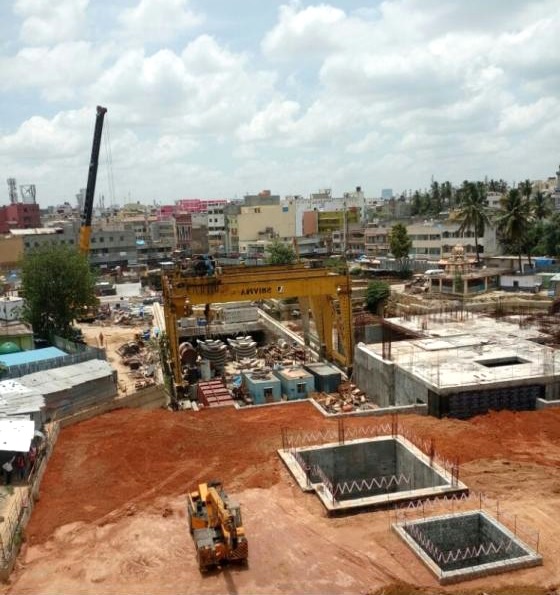 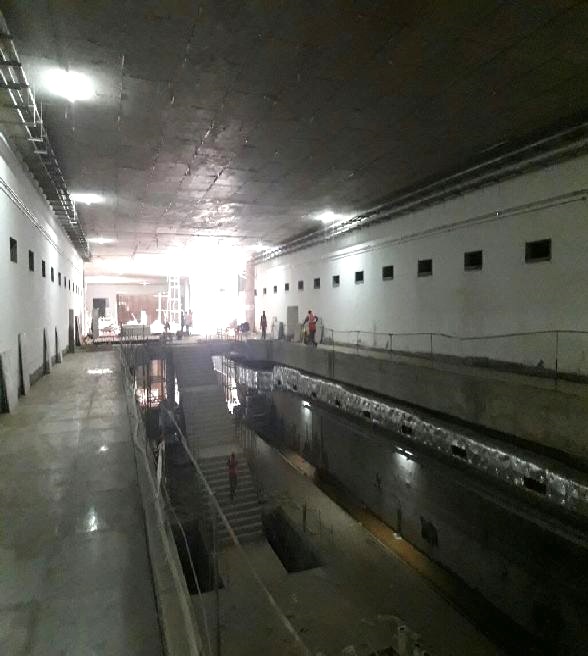 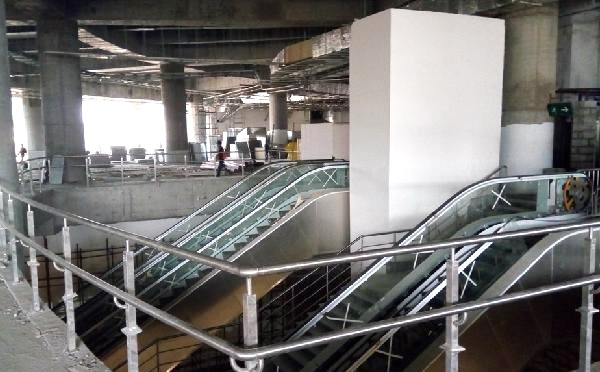 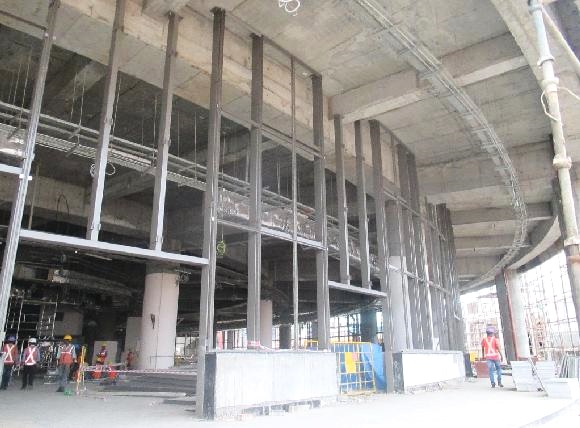 Here’s a map displaying the incomplete Green line’s underground section between Majestic & Chickpet. As of August 1, Only TBM Krishna is tunneling from Chickpet to Majestic. 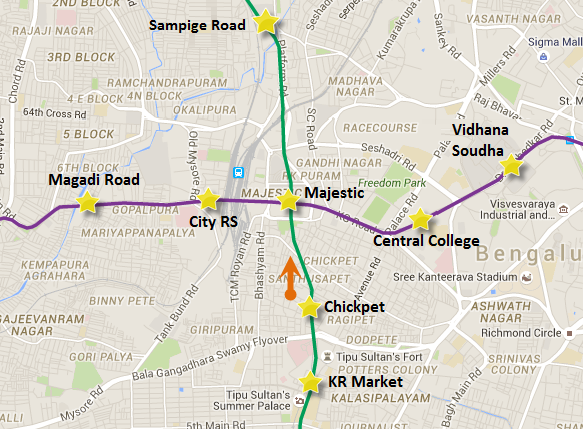 • The Krishna TBM made a breakthrough at Chickpet station on August 31 from the KR (City) Market station after a slow and tiring journey of 22 months. After being put through repairs for 112 days, the TBM was then commissioned on December 22 towards Majestic for one final drive. Progress in the month of July was slightly better than in June, but the TBM’s advancement rate slowed considerably in the 2nd half of July including the 1st half of August.
Distance Left –  90 meters (Aug 1) & 85.5 meters (Aug 8)

The distance between the 2 stations is only 1.5 km, and both twin tunnels between the North Ramp & Majestic have were completed by TBM Margarita and TBM Godavari. Data points from the newsletter for the entire underground corridor:

An image of the 1st turnout shot in July can be viewed here. TMRG reader Krishnan shared this video as a comment in one of my previous posts which takes you through the northern underground section:

Over the past months, I was expecting TBM Krishna to arrive at Majestic’s South Shaft in August-September. After the TBM’s advancement rates picked up in July, I narrowed down the breakthrough to late August, but will have push back to September now. The last few weeks’ progress of 7.5m (July 24 – Aug 1) & 4.5m (Aug 1 – 8) have shown how brutal tunneling conditions are down there.

As I’ve mentioned previously, it’s only a matter of time for the BMRCL and Karnataka government to announce a new deadline for the entire Phase 1 project. BMRCL’s plan of commencing operations on the pending stretches is still pretty vague and besides back-filling work, construction activity (stations, shafts) is showing no signs of picking up pace. And it is this lack of clarity among a host of other reasons which lends the organization a bad name.

Overall, it’s certain that no new stretches of Phase 1 will open this year and the entire project is currently projected to become operational sometime in Q3-Q4 2017.