On the night of August 8, NCC Ltd. successfully launched the first ever pre-cast segment for building Nagpur’s 19.658 km north-south Metro line! This particular segment was cast in May and if you notice closely, it was integrated & cast along with a parapet wall (unique in Indian metros) which has helped to reduce the cost of purchasing separate casting molds, transport individual parapet segments on-site and cut down overall construction time.

As per the Nagpur Metro Rail Corporation, the segment has a length of 3m with a top width of 8.5m and a bottom width of 3.5m. It’s 2m high and weighs approximately 37 MT. 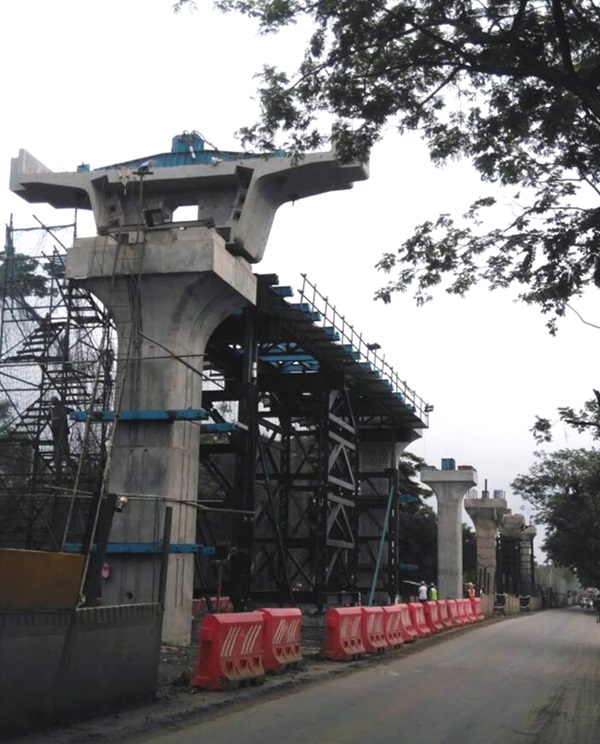 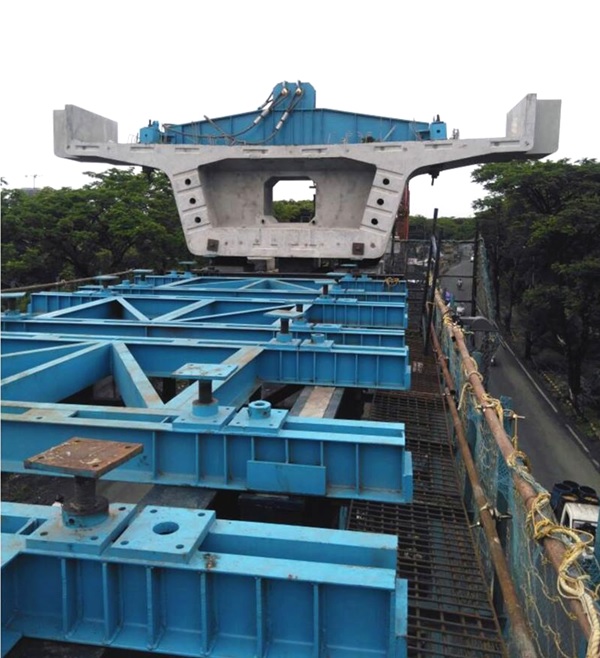 Since that event, 7 additional segments have been launched. Here’s a sub-par image shot on August 14 which provides a glimpse of the viaduct taking shape: 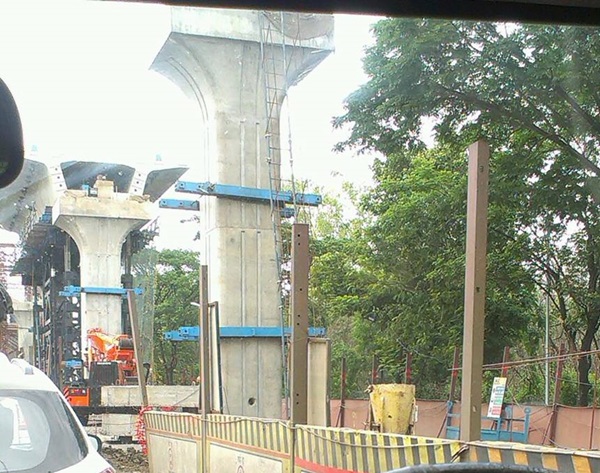 In other exciting news, the NMRCL on August 12 performed a bhoomi pooja at the Khapri Station’s site barely 3 weeks after IL&FS Engineering was awarded a contract to construct 10 stations on the line. The Khapri station’s design was unveiled in January 2016 and has been inspired by the Bandra railway station in Mumbai – read all about it here.