This news came out of nowhere and the CMRL made no prior announcement to inform commuters.

Earlier today at 6 am, the Chennai Metro Rail Ltd. started commercial operations on a small 1.30 km stretch between Alandur and St. Thomas Mount stations. This stretch was officially inaugurated last month along with the Airport-Little Mount line, but could not be opened earlier as the safety inspection by the Commissioner of Metro Rail Safety (CMRS) was pending.

This is a significant milestone as it marks the opening of all elevated portions of Chennai Metro’s 45 km Phase 1 project and takes the total length of the system a notch higher to 19.9 km. With the train cross-over (reversal) facility available at St. Thomas Mount, the CMRL is now also able to operate full fledged services between Ashok Nagar and Alandur, a distance of 3 km, utilizing both the up and down lines which was not possible until now.

The viaduct for this section of the 22 km Green Line was built by Larsen & Toubro (L&T) and like the Airport – Little Mount line which opened last month, a section of this stretch has also been covered with a red-white chequered canopy as it lies in the flight path of the nearby airport’s primary runway. The contract to build the St. Thomas Mount station was originally awarded to Consolidated Construction Consortium Limited (CCCL), but was terminated in 2014 due to tardy progress arising from cash-flow issues on the contractor’s end. In mid 2014, the Chennai Metro Rail Ltd. (CMRL) awarded a new contract to URC Constructions to finish the station’s balance works.

The St. Thomas Mount station is one of the largest stations on the line (see June construction update) and users here will be able to connect to the Beach – Chengalpattu section of the city’s vast Suburban Railway network and in the future with the MRTS’ 16 km Thirumayilai – St Thomas Mount line. 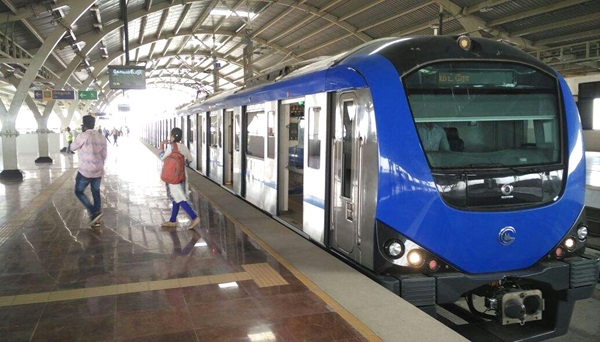 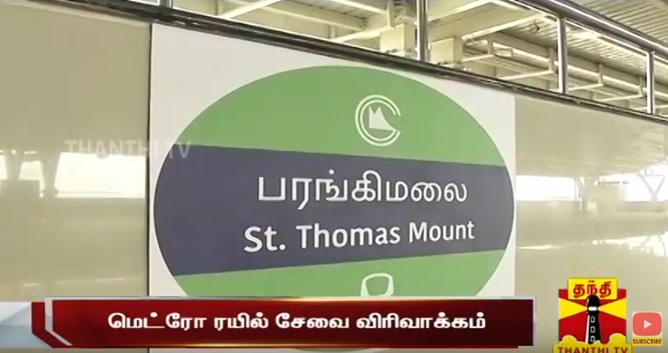 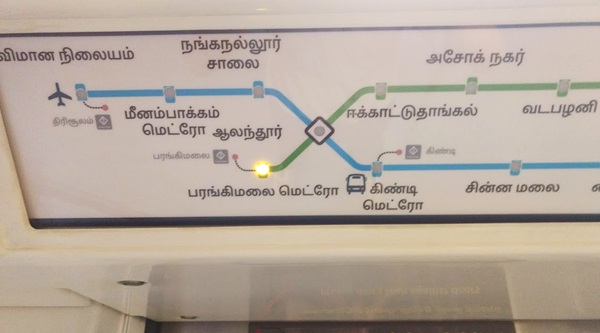 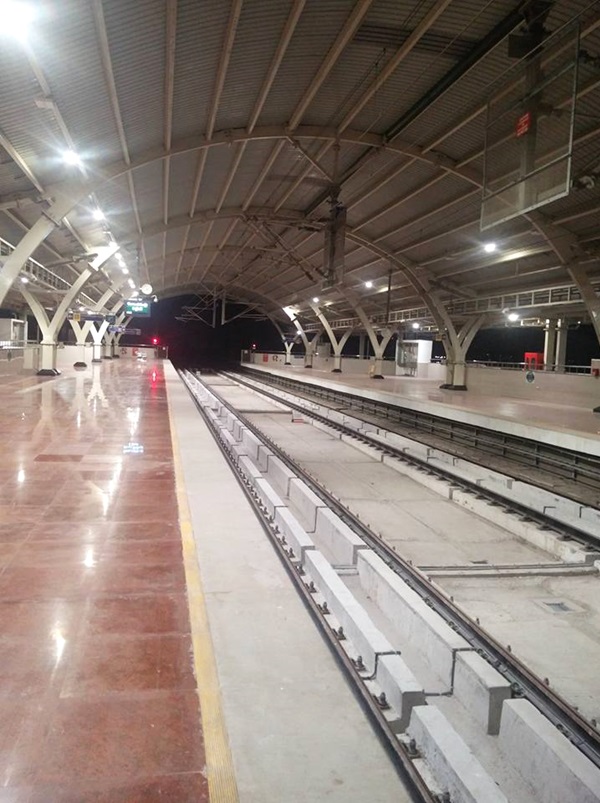 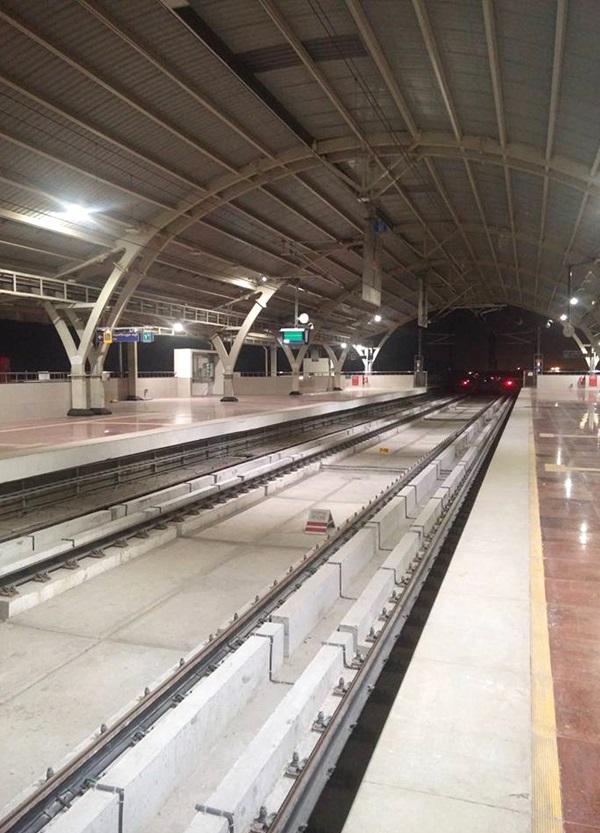 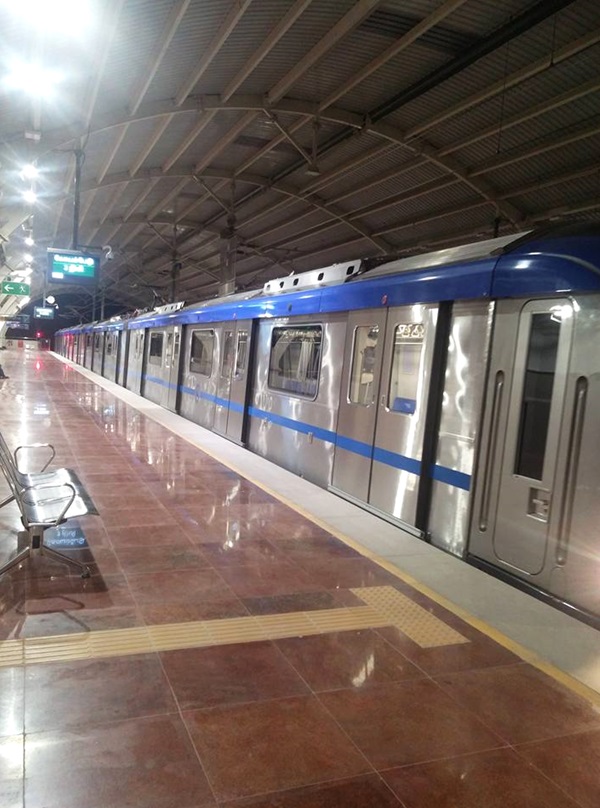 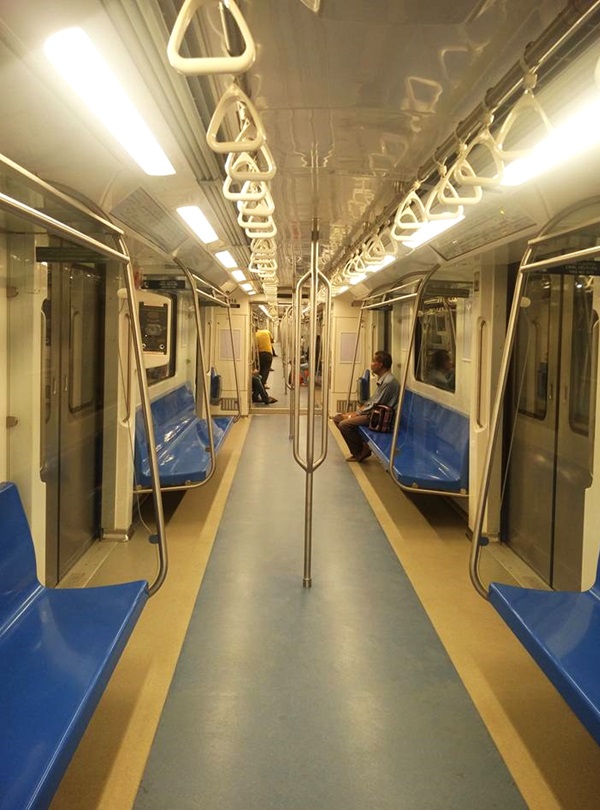