On November 24, a crew from the ERA-Mosmetrostroy JV team for package CC-07 of Delhi Metro’s Phase 3 project successfully completed tunneling works on a pair of 220 meter long tunnels for the Violet Line from the Kashmere Gate Station to a shaft located adjacent to the Haryana Canal Guest House. These pair of tunnels, as part of the line’s 5.37 km extension from ITO to Kashmere Gate, were built using the New Austrian Tunneling Method (NATM) that was also recently used to build a small 176m section of the Magenta Line at Kalkaji Mandir.

These tunnels are located north of the station’s platform and will allow trains to be reversed . If the Violet Line gets extended northward in the future, then the TBMs to build its extension will commissioned from this shaft. 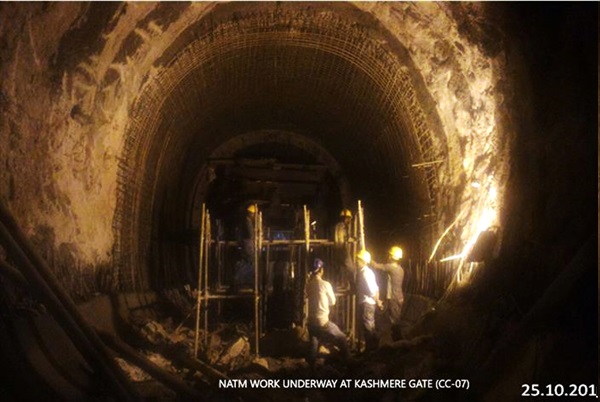 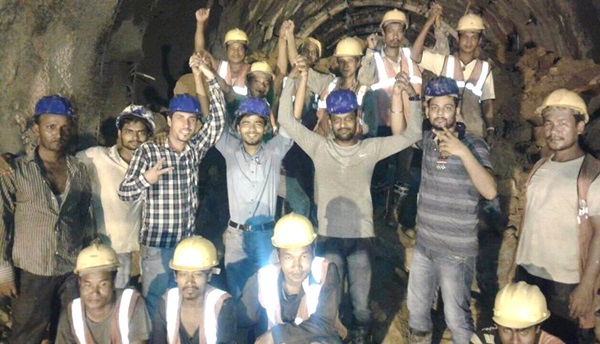 Breakthrough at the shaft on Nov 24 – Photo Copyright: Karthik Pollachi

Excavation equipment being hoisted out of the shaft – Photo Copyright: Karthik Pollachi

Tunneling works on the rest of the 5.37 km ITO-Kashmere Gate line were wrapped up using Tunnel Boring Machines in March 2016. The DMRC, on their website, has been targetting a December 2016 opening and recently blamed the fall-out from the government’s demonitization initiative for causing further delay, but it’s quite evident why the line’s commissioning has been delayed. As per my estimate, the line will only be able to open up for commercial operations in the 2nd half of 2017.