With construction work completed for the 22m deep Bapu Bhawan Shaft adjacent to the Sachivalaya (State Secretariat) Station’s site, workers from the Tata – Gülermak JV this week lowered parts of the Terratec manufactured S52 Tunnel Boring Machine into it.

The Ø6.52m Earth Pressure Balance (EPB) TBM will first be commissioned (see tunneling plan) to build the 780m down-line tunnel towards Hazratganj Station after the assembly of its 40+ parts is completed sometime between January 15 and 21. Following that, its sister machine – TBM S53, will be commissioned for constructing the parallel up-line tunnel. 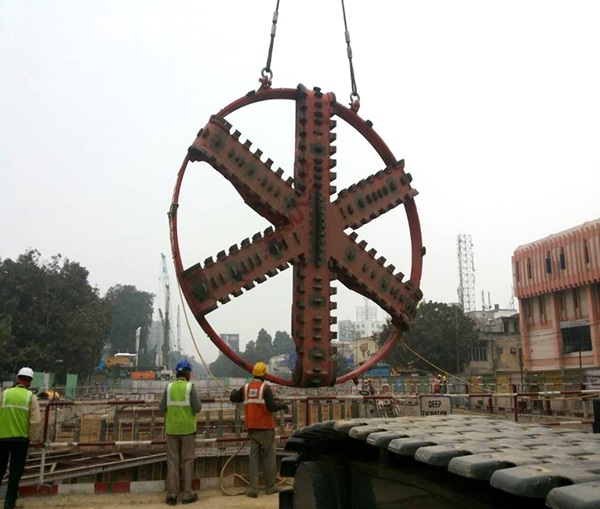 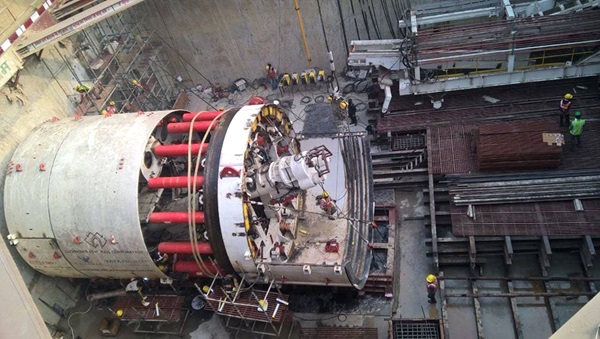 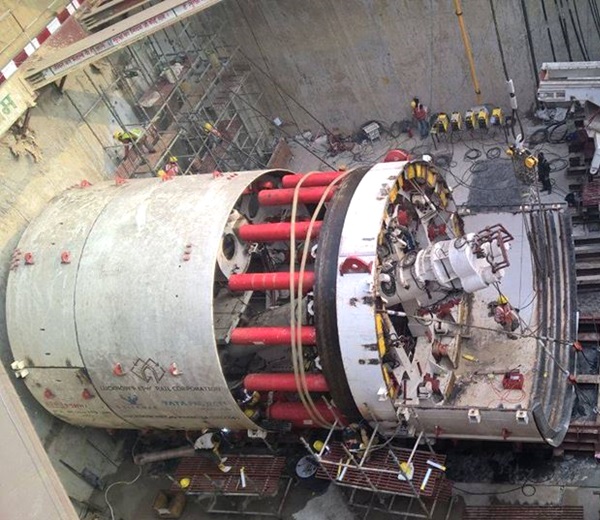 Images from within Tata-Gulermak’s yard, where segments to line Lucknow’s 1,812m twin tunnels are being cast, can be seen here. Here are some other relevant images from within the shaft I recently shared on Twitter:

Core cutting underway at #Lucknow‘s Bapu Bhawan Shaft. This will allow the TBMs to make a smooth circle when they drill through the D-wall pic.twitter.com/OKCaD0GftZ