Yesterday, J Kumar Infraprojects completed casting their first set of U-girders for building the viaduct of Mumbai Metro’s 16.5 km Line-7 between Andheri East – Dahisar East. The company is responsible for constructing package CA-02 from Aarey Station to Magathane Station and in August 2016 began setting up their casting yard at Bandra Reclamation for churning out U-girders for both Line-2 & Line-7.

The casting yard consists of 2 casting bays where twelve 25m long U-girders can be cast at the same time. Casting work for 6 girders began on the night of November 25, 2016, but that set had to be discarded due to quality issues spotted by DMRC’s engineers. In the middle of December, J Kumar’s workers began casting a fresh batch of 6 girders which have now been taken out and placed in the storage section of the yard. 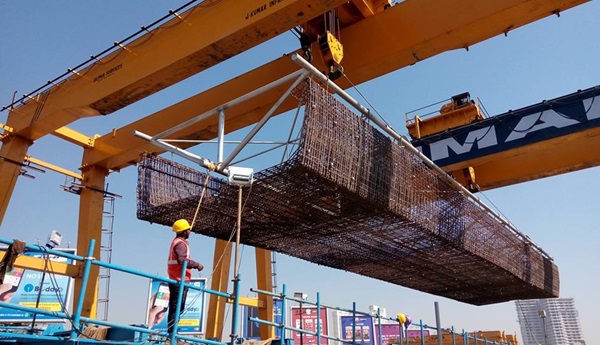 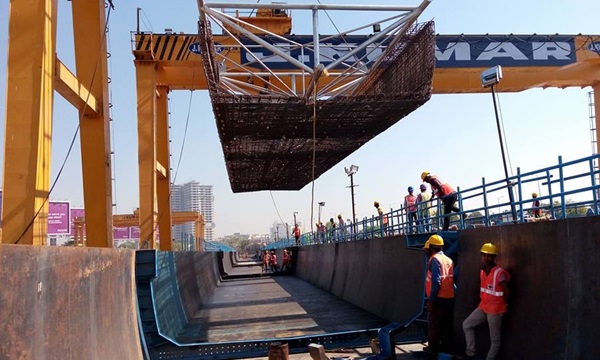 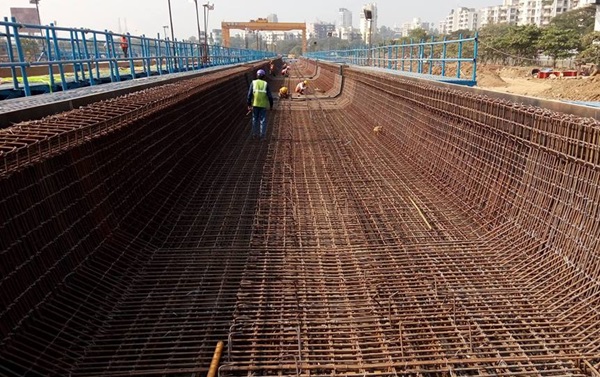 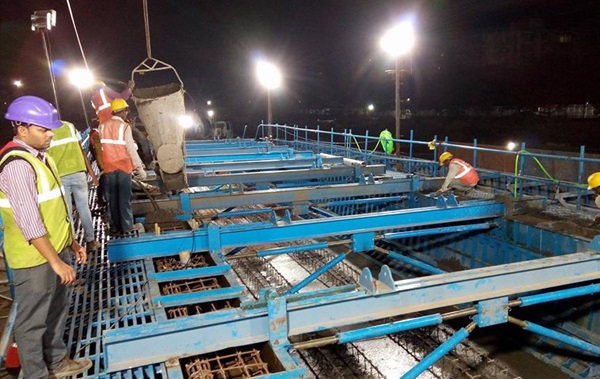 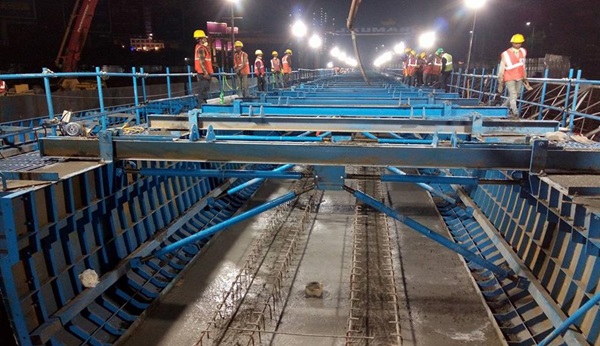 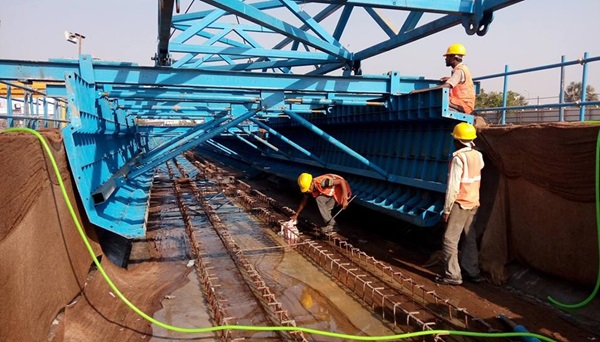 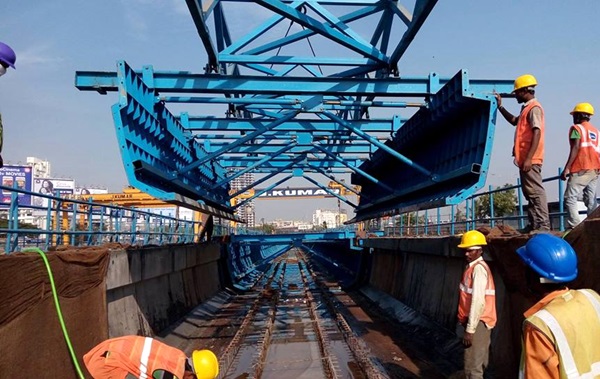 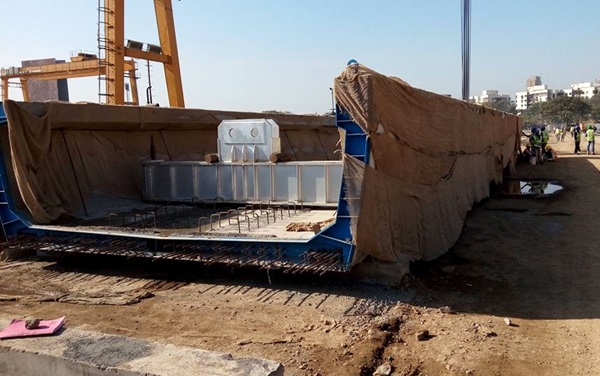 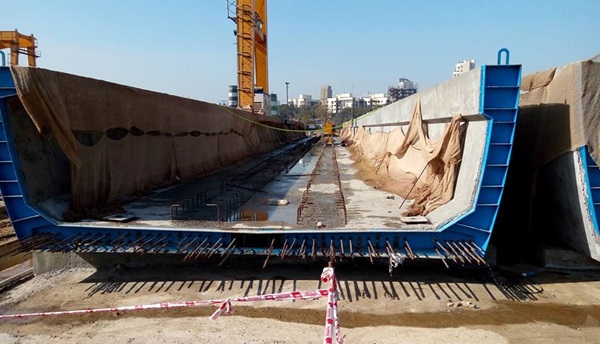 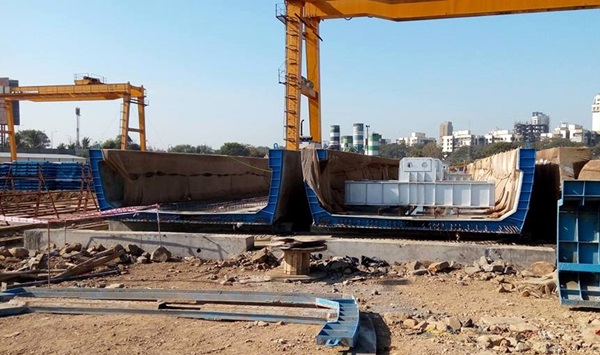 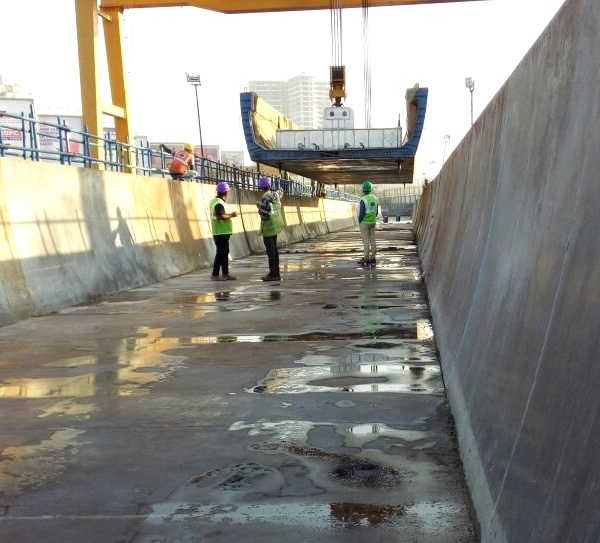 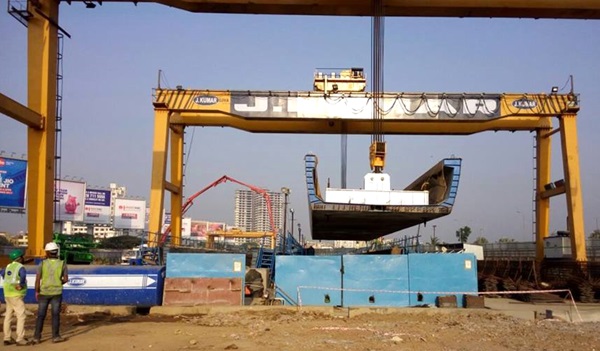 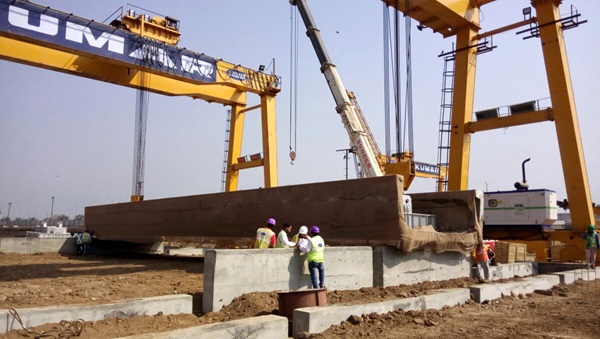 placed in the storage section

As you can see, the girders are currently being cured using a brown gunny/hessian cloth which will be removed in the coming days to reveal their finished look.

In December-end, J Kumar completed casting their first pier in Kasam Baug, Malad. Once a set of piers are ready with their pier caps, the contractor will then begin hauling the U-girders on-site and commence launching activity to form the line’s viaduct.