Construction on Mumbai Metro’s 33.5 km underground Line-3 project has picked up this month with secant piling work for Tunnel Boring Machine (TBM) launch shafts now taking place at all 7 packages of the line.

Since the construction of underground stations is time consuming, these 7 launch shafts – one per package and generally 25m long x 25 m wide, are being constructed adjacent to one station of each package so that TBMs can be lowered into them for building the line’s twin tunnels. 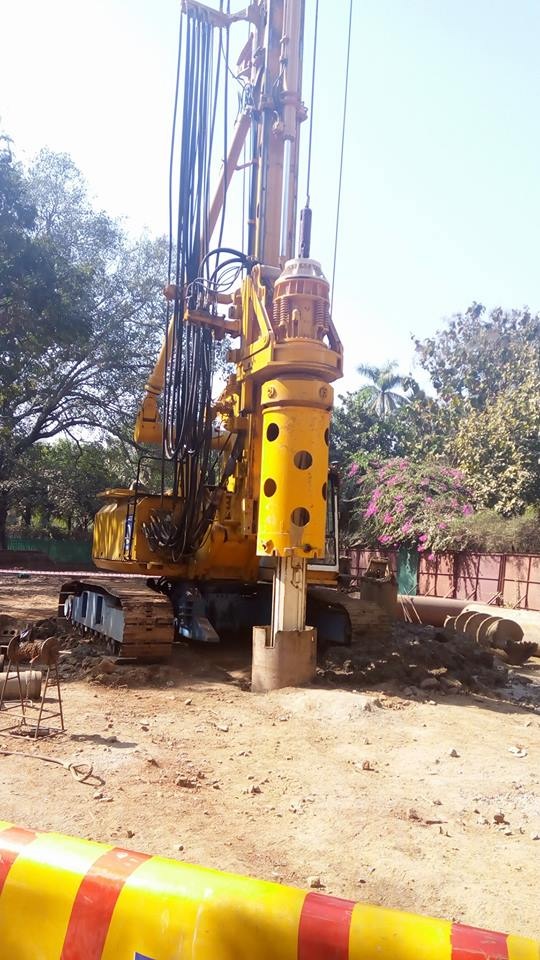 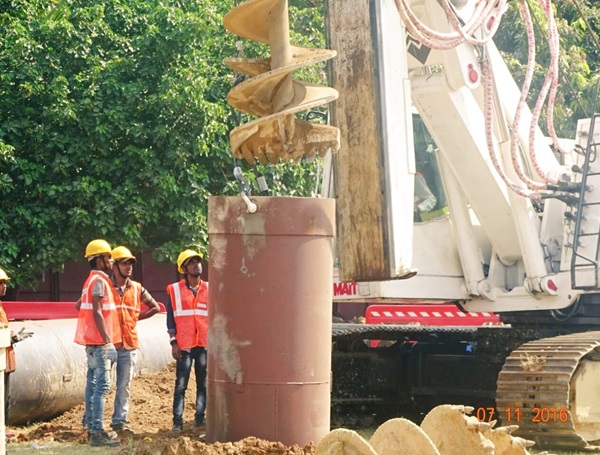 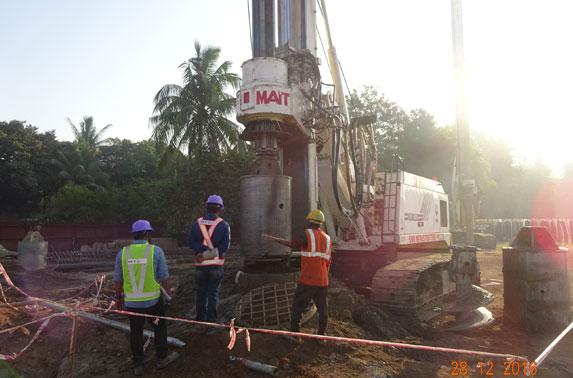 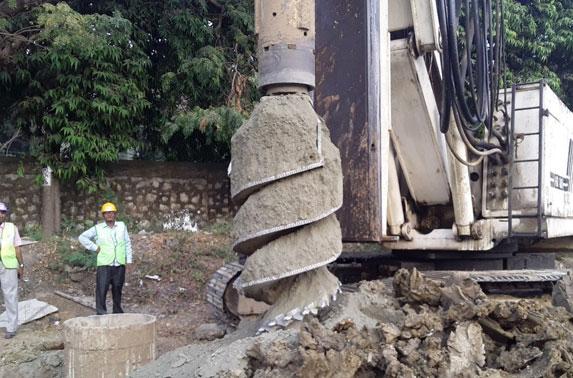 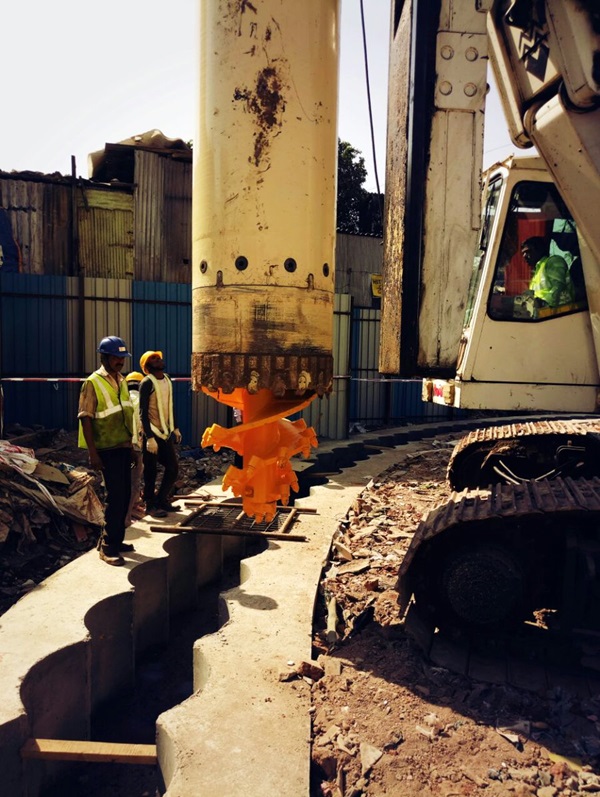 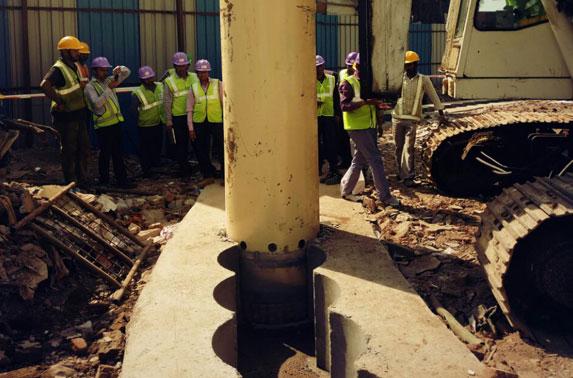 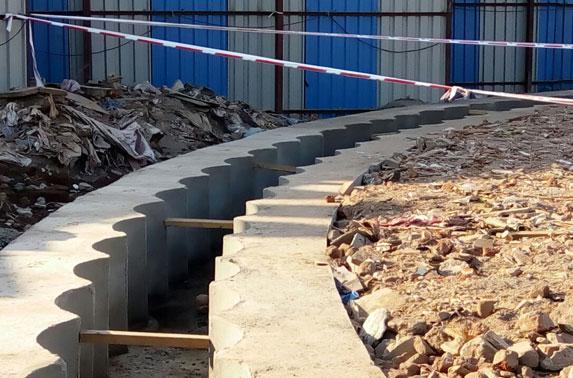 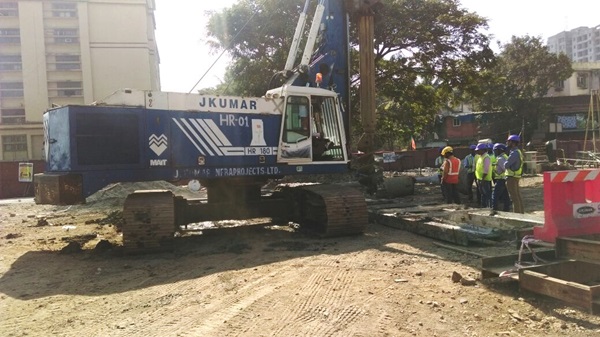 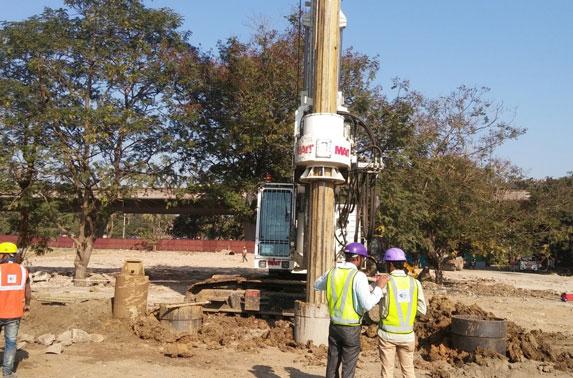 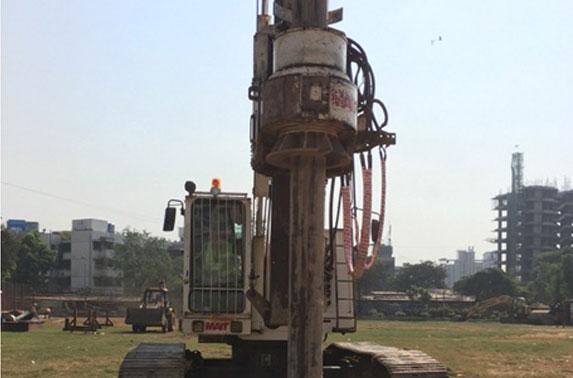 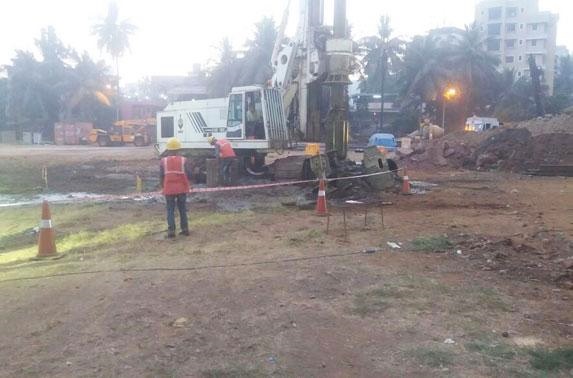 The piling rig shown above has been keeping local residents awake at night.

Want to see what the shafts will end up looking like? Check out Lucknow Metro’s recently completed Bapu Bhawan Shaft where TBM S52 was lowered into last week. Coming back to Mumbai, the 7 shafts are expected to get ready, one after the other, in Q3 2017 after which tunneling works by TBMs (see a preliminary of 17 TBMs) will commence in Q4 2017.