Here’s a post with some new images of Lucknow Metro’s crucial 255m long cantilever bridge that is being built over the Indian Railways’ lines at Mawaiya. The bridge has been designed with a 105m long central span and two 75m long end-spans, and is the only missing piece of the 8.48 km Transport Nagar – Charbagh ‘priority corridor’ of the 22.878 km north-south line which prevents trial runs from commencing on a 2 km stretch between Mawaiya and Charbagh stations.

Part of package LKCC-02, its Rs. 34 crore construction contract was awarded to S.P. Singla Constructions in June 2015 with a completion time-frame of 16 months, and as you’ll see below, they’re awfully close to completing it within the stipulated timeframe. Piling work for its 60 foot tall twin piers (P7-11 & P7-12) began in September 2015 and the piers got ready by April 2016. Soon after, work commenced to build the bridge’s spans and deck using a formwork traveler system – see 9 cool images shot in August and September 2016 here. 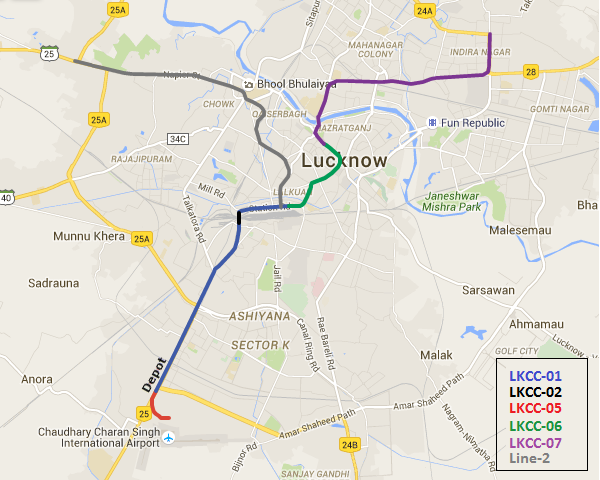 This U/C cantilever bridge over IRs’ lines is the only bottleneck in #Lucknow right now which prevents testing up to Charbagh. ECD: Feb pic.twitter.com/Y0PvwhKWJF 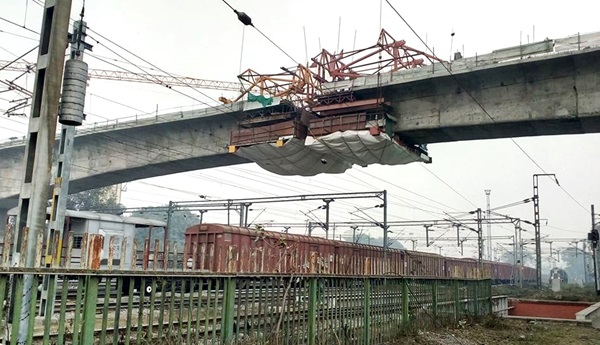 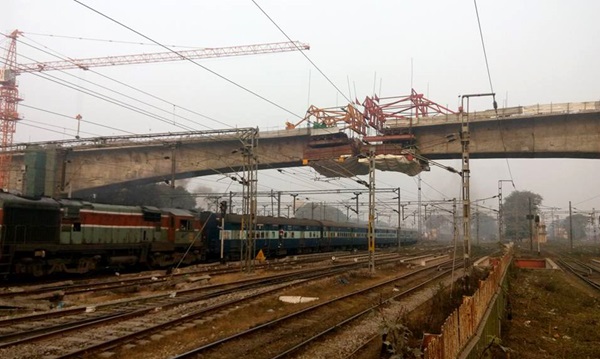 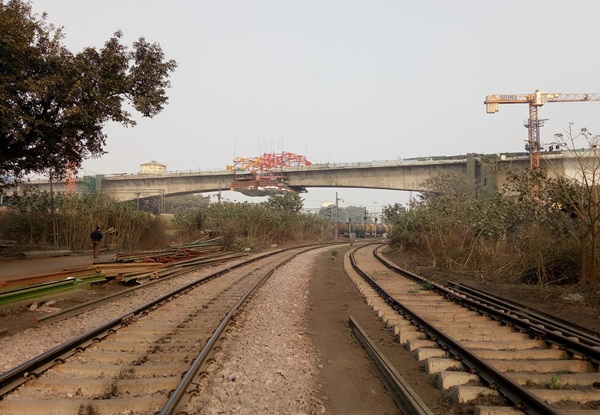 As I’ve mentioned previously, this bridge’s timely completion is important so that the entire 8.48 km priority corridor of the north-south line opens up in one go as scheduled in March 2017. At this time, the LMRCL hasn’t announced whether they’ll open the 6.5 km Transport Nagar – Mawaiya stretch only (more likely) or reschedule the opening so that the entire 8.48 km section opens in go. Stay tuned to find out!