Just about an hour ago, Tamil Nadu’s Chief Minister and the Union Minister for Urban Development inaugurated commercial services on Chennai Metro’s 8 km Koyambedu – Nehru Park underground section of the 22 km Green Line. The event culminated with an Alstom train getting flagged off from the launch ceremony held outside of Thirumangalam Station – the western most station of the new section.

Chennai Metro Rail Ltd. has not yet updated their website with a new fare chart (view old), and plans to absurdly issue only Rs. 100 smart cards on this section. On the operations side of things, they will utilize both tunnels between Koyambedu – Shenoy Nagar and only the down-line tunnel between Shenoy Nagar – Nehru Park, as the Nehru Park Station lacks a train reversal facility. Due to this, it will maintain a 15 minute frequency in the underground stretch until the Nehru Park – Central section opens up in 2018. 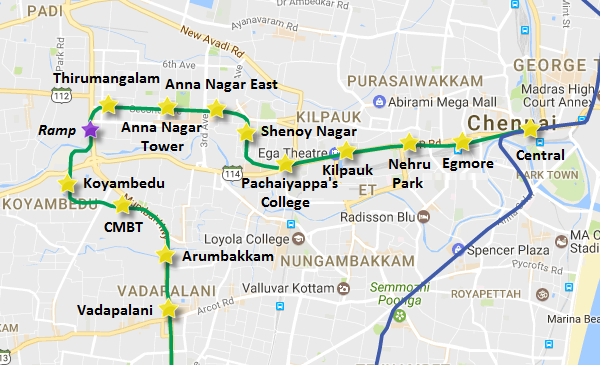 This new section was built by 2 contractors:

Images taken prior to its inauguration can be viewed here. For a brief high-level history, from bidding to tunneling to testing to approvals, see this post. 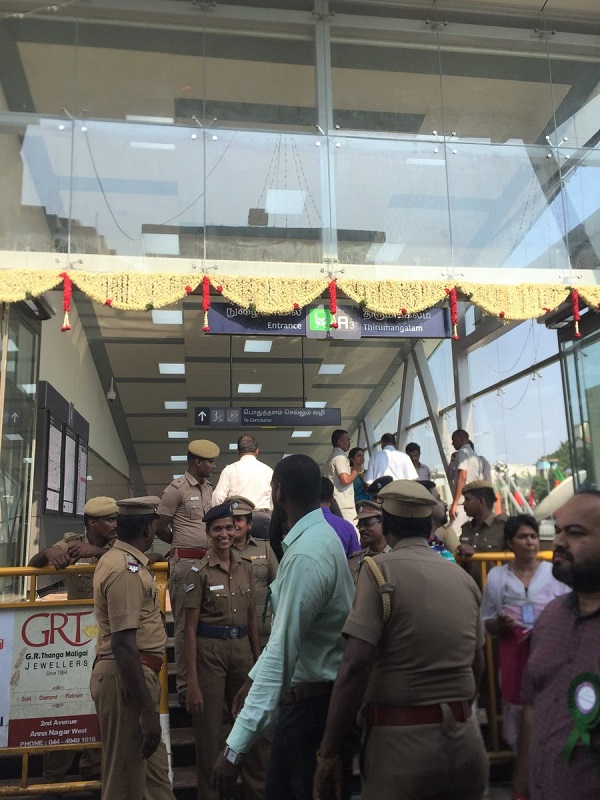 Smiles outside of the event – Photo Copyright: Sunitha Sekar 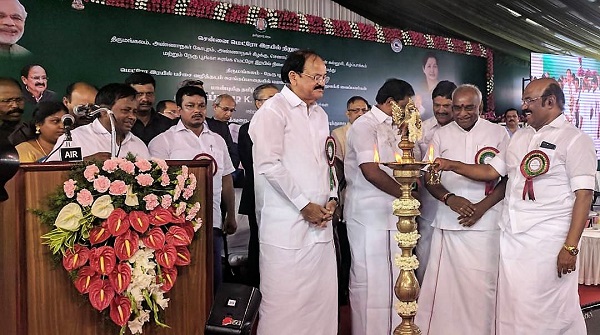 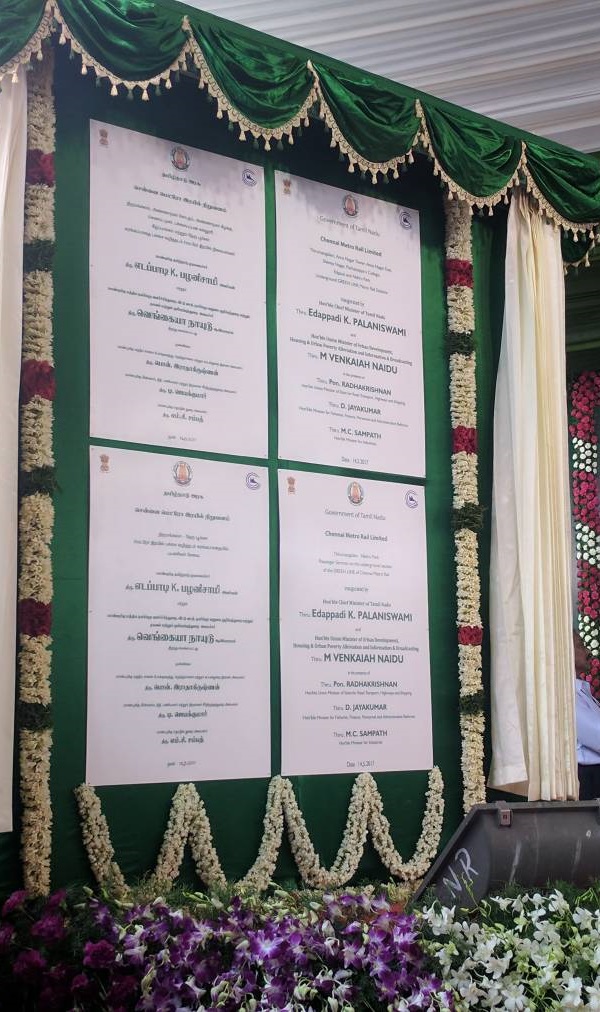 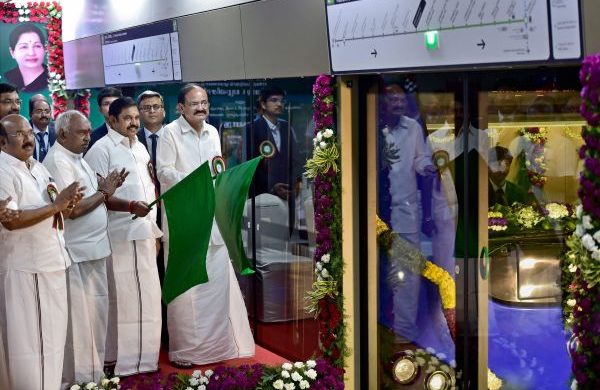 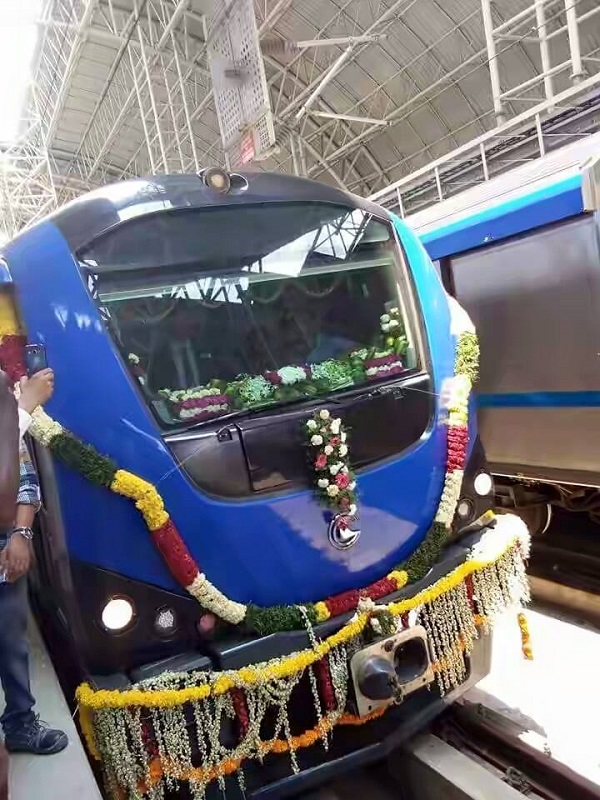 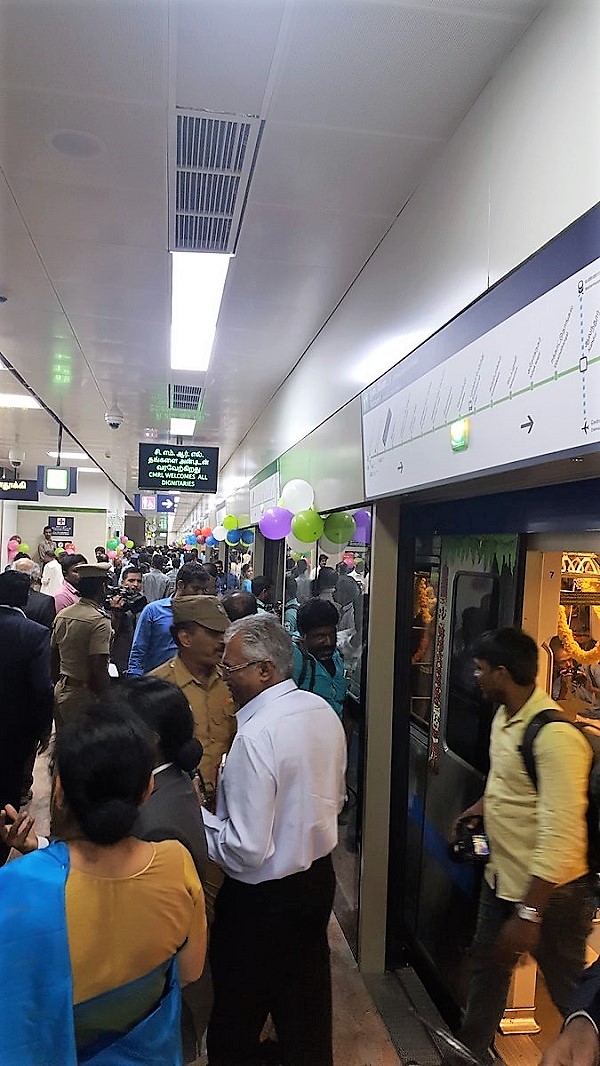 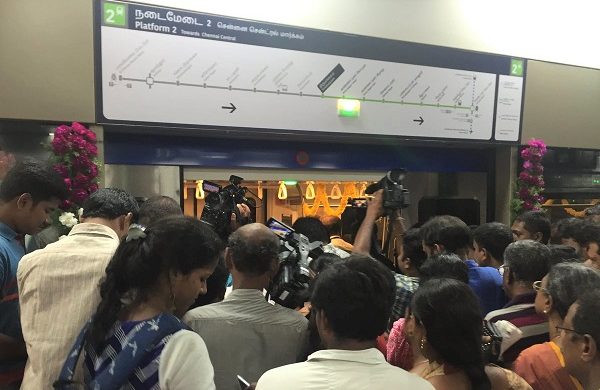 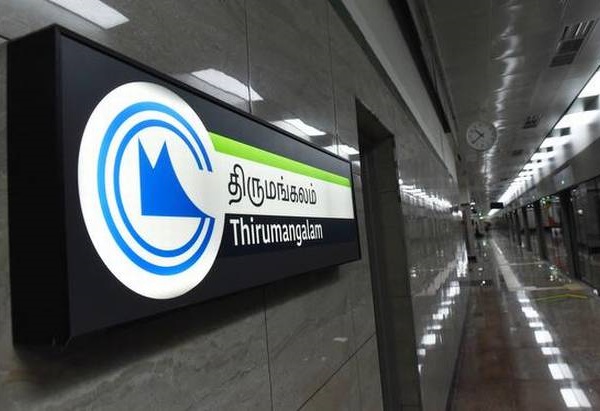 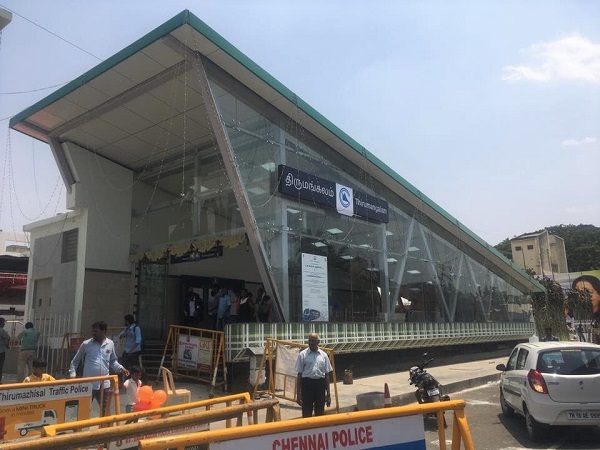 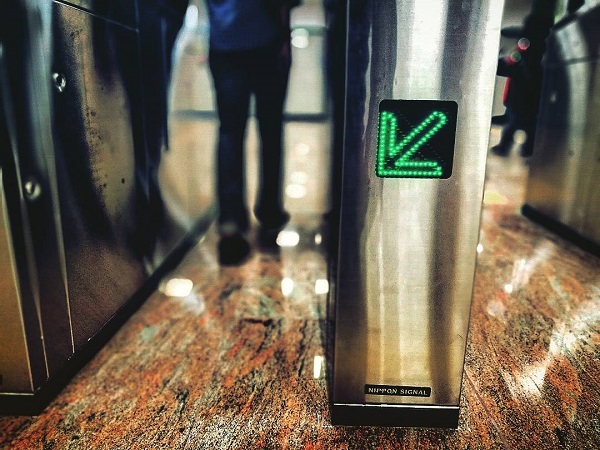 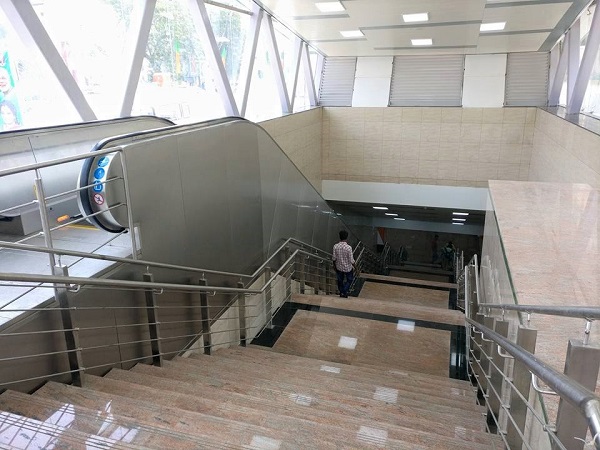 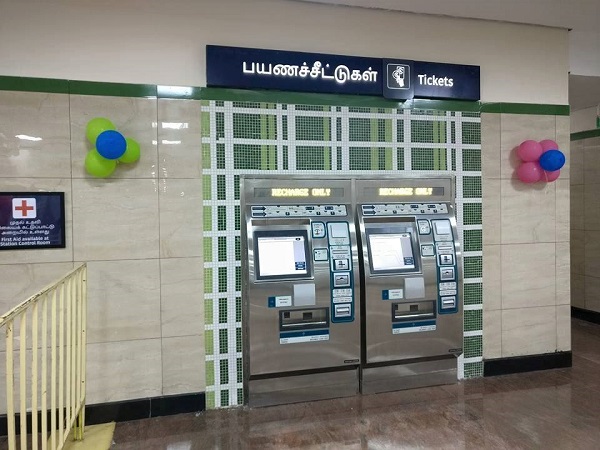 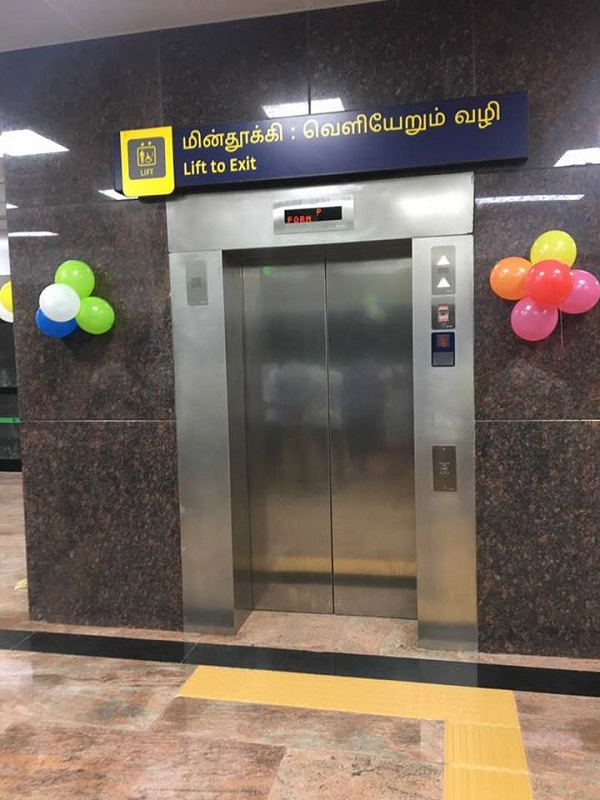 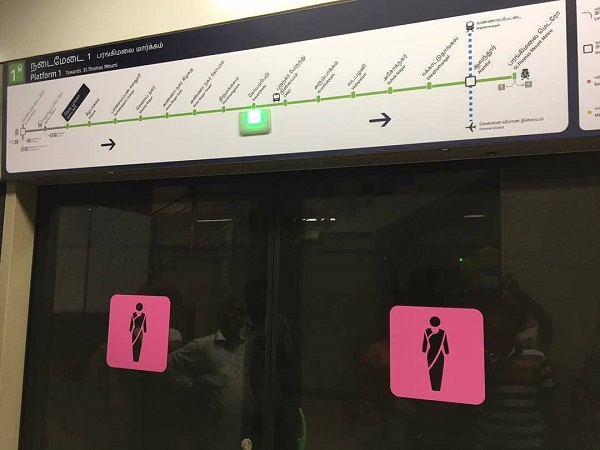 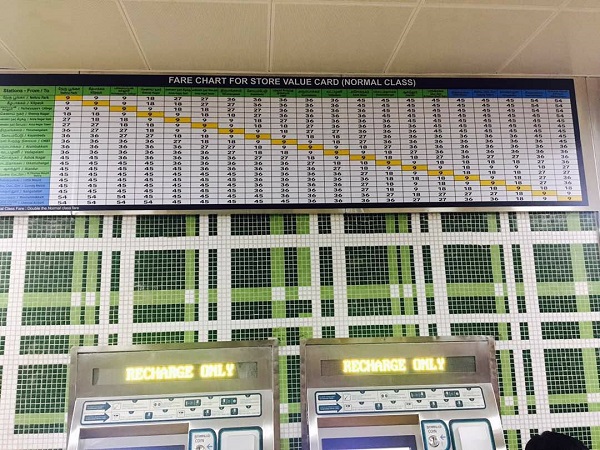 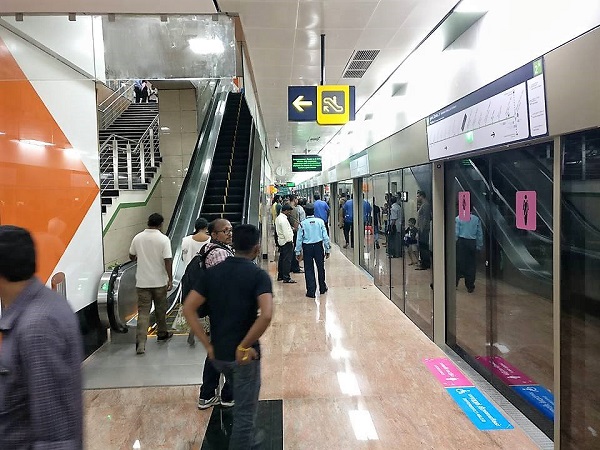 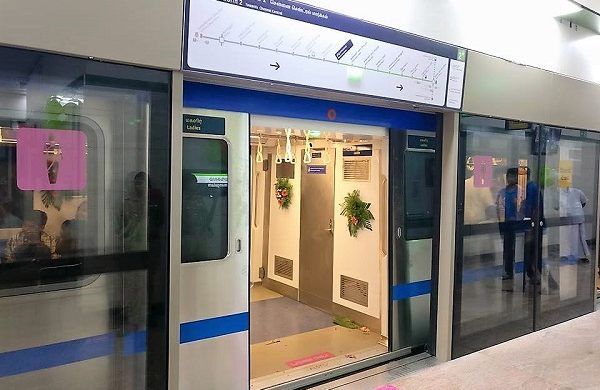 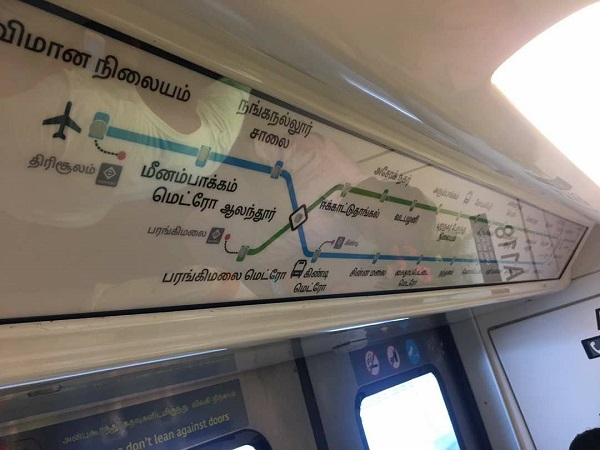 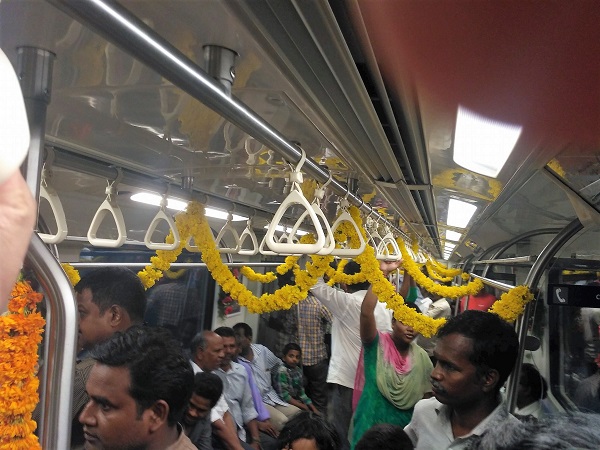 Videos
Ride from Koymabedu to Thirumangalam:

• Chennai has become the 5th city in India to operate an underground metro line after Kolkata, Delhi, Jaipur and Bangalore.

• Chennai is the 2nd city after Delhi to have operational platform screen doors (PSDs) to ensure passenger safety and reduce electricity consumption.

• Chennai Metro’s network has now expanded to 27.9 kms across 2 lines featuring 20 stations. Here’s a map with all terminals and key stations: 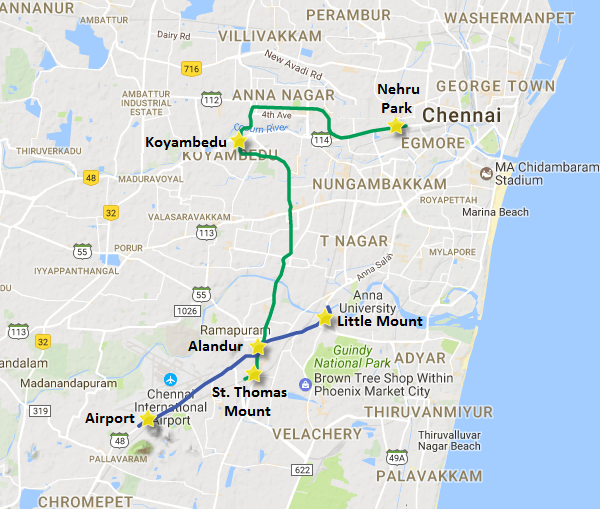 • The Green Line is now 19.3 km long and connects St. Thomas Mount to Nehru Park. Its final 2.7 km eastern extension to Central Station via Egmore is expected to open in 2018. The final TBM breakthrough for it took place in December 2016.