After receiving the Commissioner of Metro Rail Safety’s approval today, the Delhi Metro Rail Corporation (DMRC) just announced that it will finally inaugurate commercial services on the 5.17 km ITO – Kashmere Gate underground section of the Violet Line on May 28th (Sunday). As per a DMRC notice, the flagging-off ceremony or launch event will be held off-site at their Metro Bhawan Headquarters on Barakhamba Road at 8:45 am.

May 26 Update: The line will be flagged off by the Union Minister for Urban Development & Delhi’s Chief Minister at 10 am, and will open up to the public shortly after at 12 noon.

Trial runs on this section, popularly known as the Heritage Line, were launched from the ITO Station in August 2016 and an independent safety assessor (ISA) conducted an inspection of the signalling system in late-March 2017. The Delhi Metro Rail Corporation submitted its application to the CMRS in April following which a 2-day inspection was conducted on May 22-23.

This will be the 4th stretch of the Violet Line to be inaugurated in the 160 km Phase 3 project (see list) and will add 3 new stations to the network at Delhi Gate, Jama Masjid & Lal Qila as well as a new station box at Kashmere Gate to form a massive 3-line interchange, India’s first, between the Yellow, Red & Violet lines: 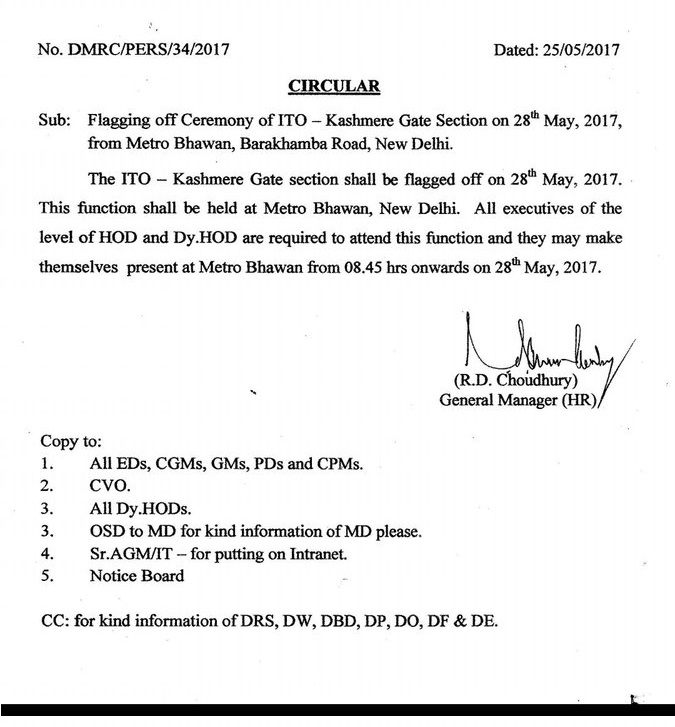 The DMRC recently opened up gates #5  & #6 at Kashmere Gate Station to allow users to buy tokens at the Violet Line’s concourse and access the underground Yellow Line.

Images shot prior to its opening:

In #Delhi, Kashmere Gate Station’s new gate#5 & #6 will open up prior to the Violet Line’s launch. Snaps: pic.twitter.com/5YhytSMklL

Images shot after its opening:

Since the CMRS’ inspection, the DMRC has been conducting service trials, as if the line is live, with staff and contractors to check the section’s readiness – which is why users at Mandi House and ITO stations now have to use both platforms instead of one: 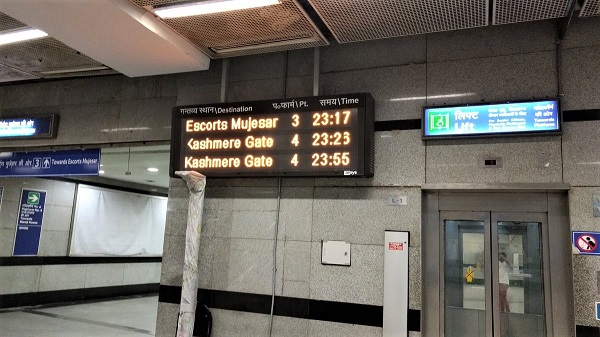 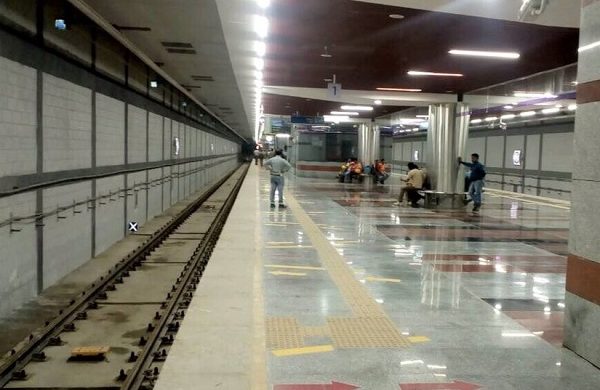 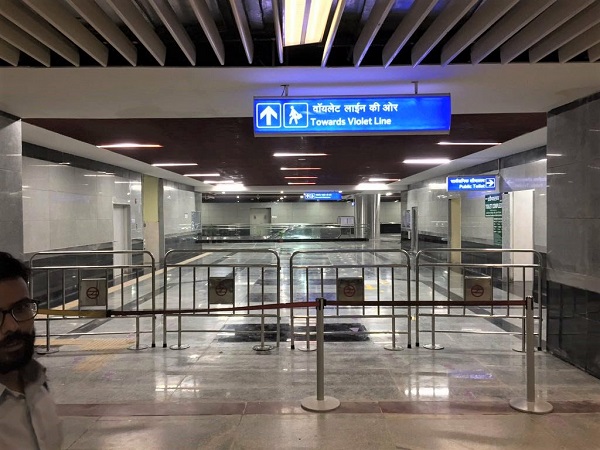 Passageway to the Violet Line as seen from the Yellow Line at Kashmere Gate – Photo Copyright: AT

Post-inauguration, the Violet Line, connecting Kashmere Gate with Escorts Mujesar in Faridabad, will become 43.4 km long and the Delhi Metro’s network will expand to 218 km. Stay tuned for a post on its inauguration!