As April comes to a close, here’s a picture-post showcasing the status of the new Kashmere Gate Station on the Delhi Metro’s upcoming 5.17 km ITO – Kashmere Gate extension of the Violet Line which is popularly known as the Heritage Line. When ready, this station will allow users to easily switch to/from the operational Red & Yellow lines, but currently it remains the biggest bottleneck of the project and precisely what prevents the Delhi Metro Rail Corporation from starting commercial operations.

Construction for it is being carried out by Metrostroy-Era JV under package CC-07 of the 160 km Phase 3 project. See images from January 2017 here and March 2017 here.

Some images from a TMRG follower: 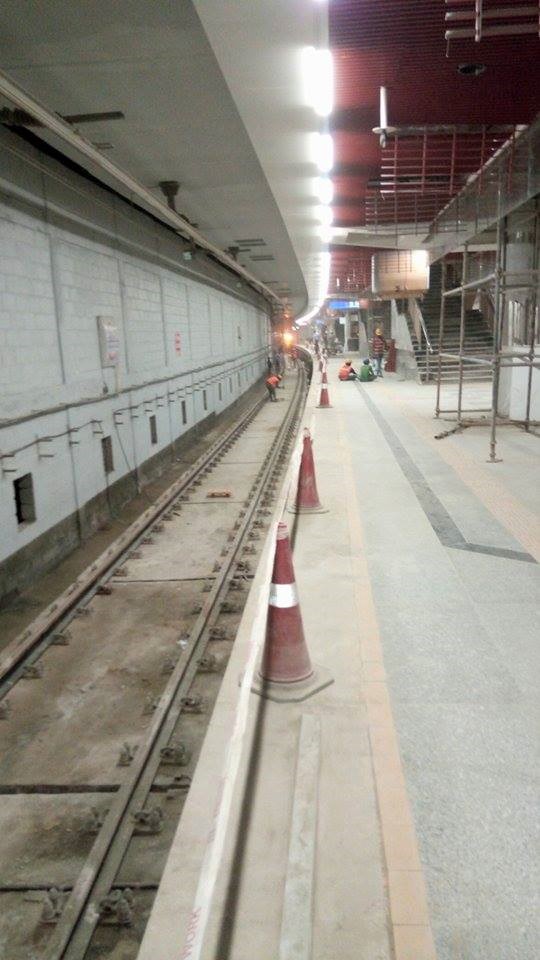 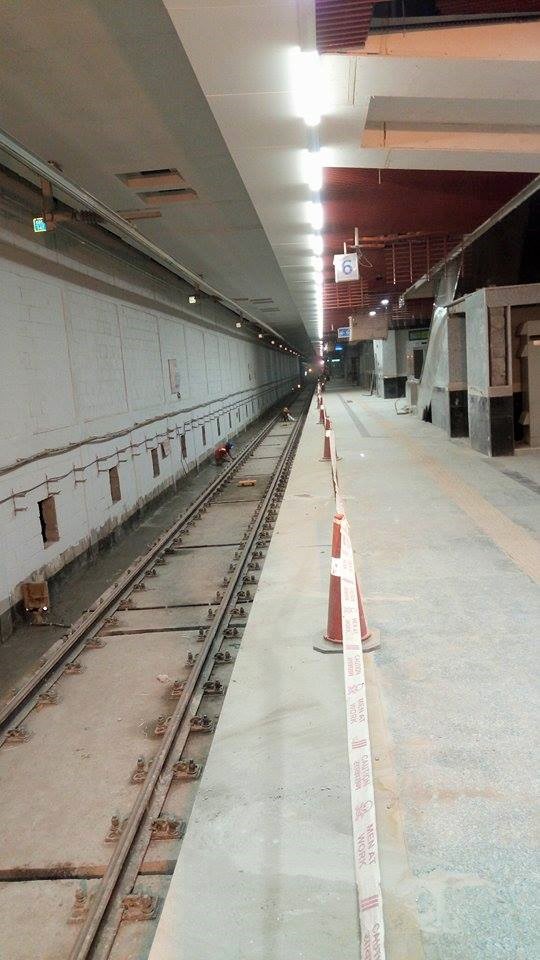 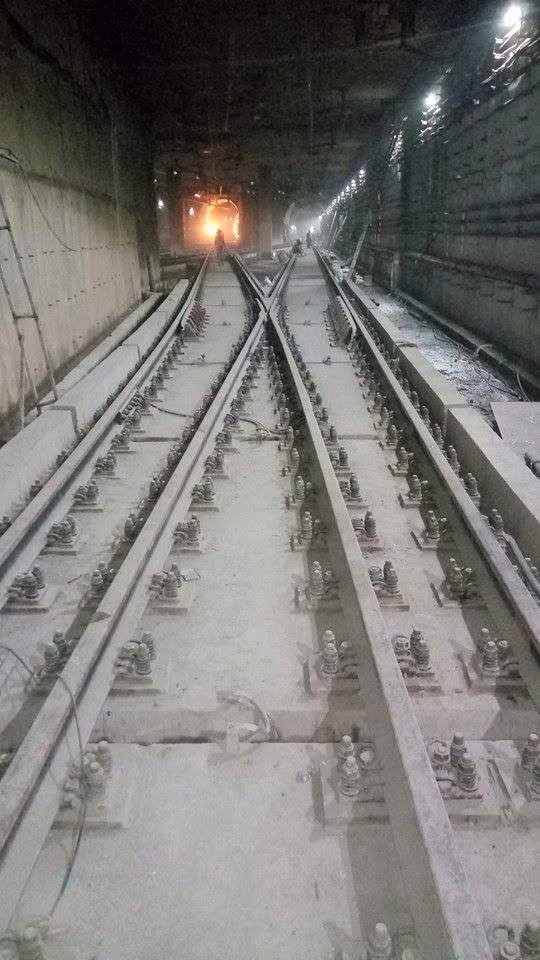 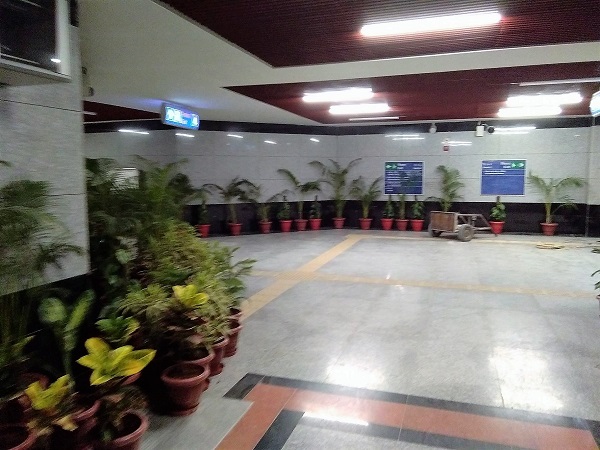 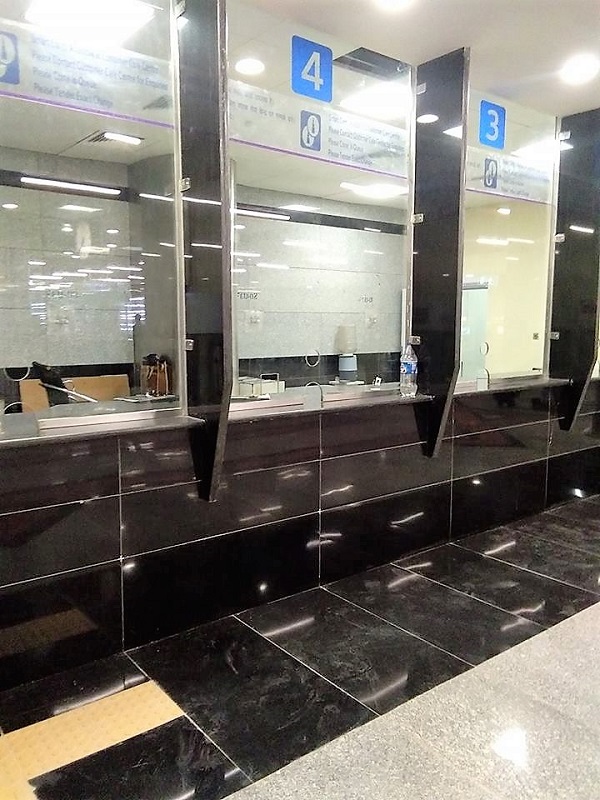 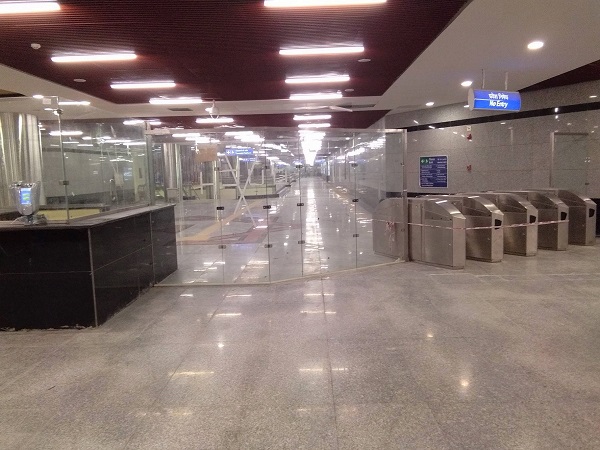 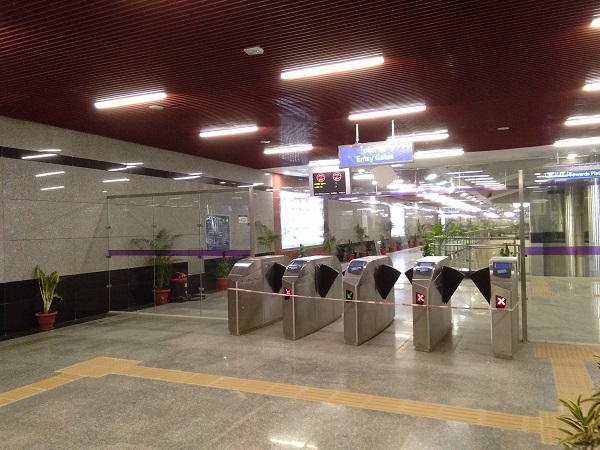 Staircase to the platform level

The new station’s concourse level will be connected to the existing station’s building via a series of 5 escalators for which civil work is still ongoing. 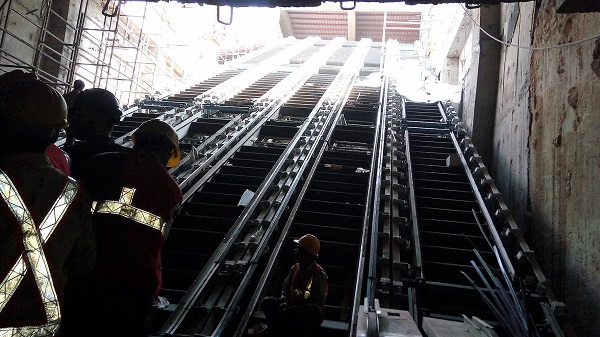 5 escalators with space for another one on the extreme left 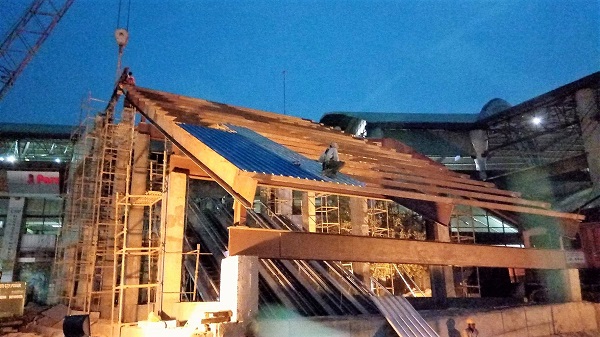 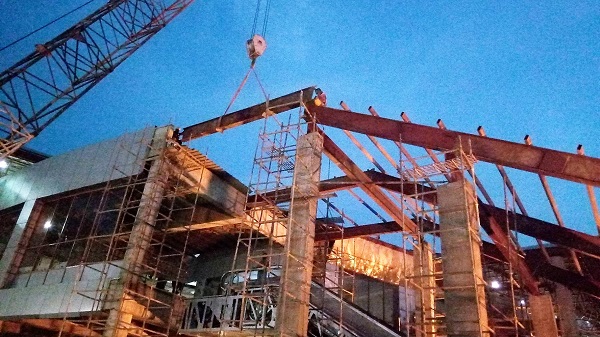 The DMRC was originally targeting to open this 5.17 km section with 4 new stations in December 2015, but has since then extended the deadline multiple times, each month, while comically blaming demonetization and a 7-day construction ban along the way.

As mentioned previously in my January monthly update post earlier this year, I’m expecting this line to only open up in Q2 (April – June), but going by the progress made over the past couple months, there’s a possibility of things stretching out to early Q3 (July – September). As per one source, the DMRC has received the Independent Safety Assessor (ISA) certification for the signalling system and has now submitted all required documents to the Commissioner of Metro Rail Safety (CMRS) which will take some time to be scrutinized. Whenever the CMRS’ inspection dates are announced, I’ll post it via my Twitter handle.