Note – just like the 1st TBM, a traditional breakthrough wasn’t accomplished here by TBM 2. An excavator was brought in to excavate the retrieval shaft in which the TBM had been sitting for about a year’s time.

Yesterday, the 2nd Robbins Tunnel Boring Machine, operated by the CEC-CICI JV to build Jaipur Metro’s 2.35 km UG-1B package, revealed itself to workers after excavation work concluded on its side of the eastern shaft at Line-1’s Badi Chaupar Station.

This Ø6.52m Earth Pressure Balance TBM was commissioned from the operational Chandpole Station’s north shaft in October 2015 to build the down-line tunnel under the city’s historic district and had to be operated with utmost precision.

To rehash from the other post, geology for the contractor was not a concern as it comprised of silty sand and minor amounts of gravel & clay. The TBM took a long time due to the presence of weak heritage buildings (such as the 300 year old Chandpol Gate) strewn throughout its influence zone and the painful relocation of 13 temples on sites earmarked for the Chhoti Chaupar and Badi Chaupar Stations. As such, this TBM also sat idle at different places at different times, including inside the TBM retrieval shaft for about a year waiting for excavation work to commence and be completed. 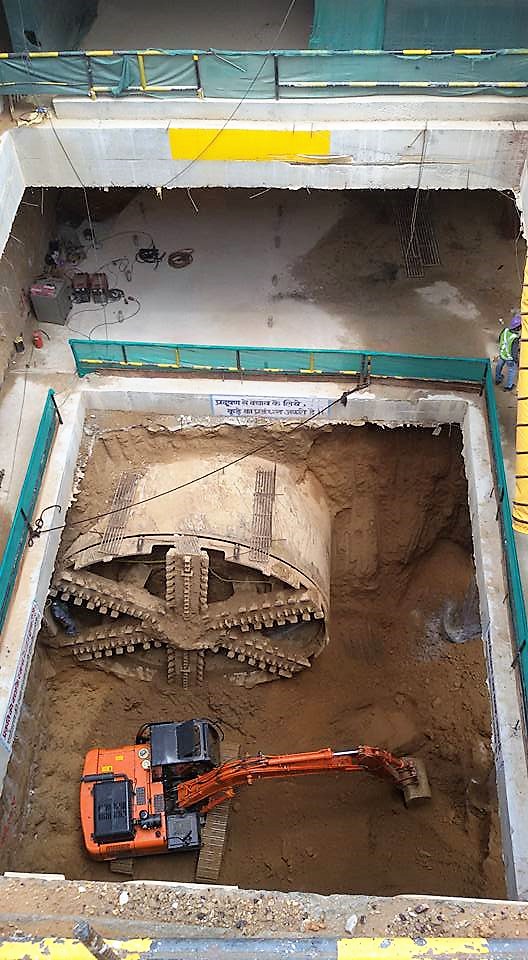 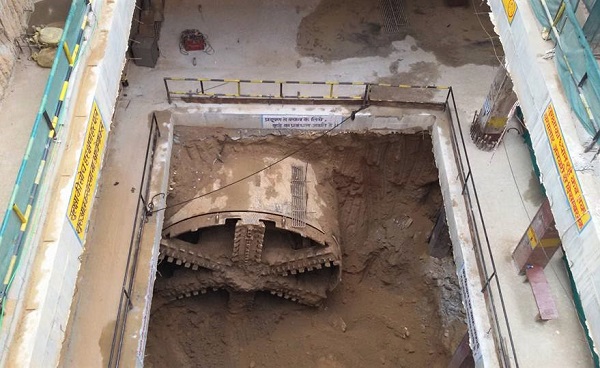 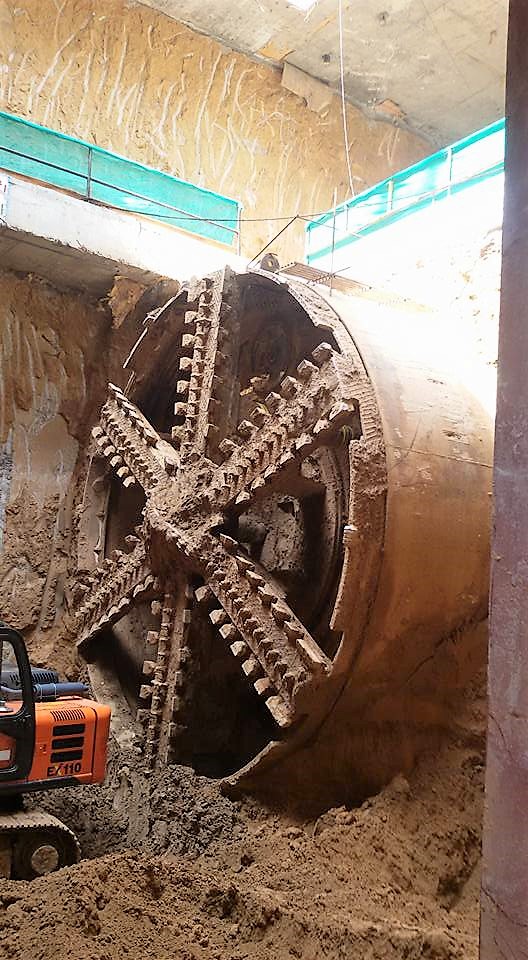 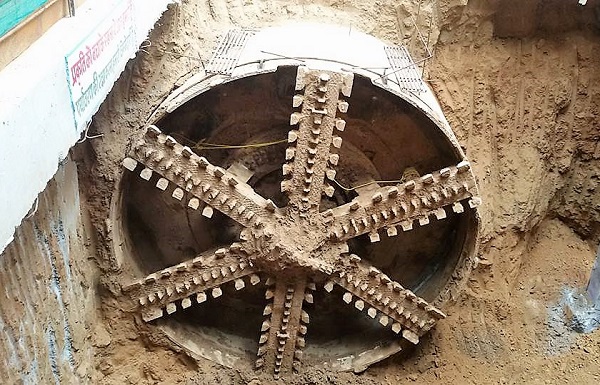 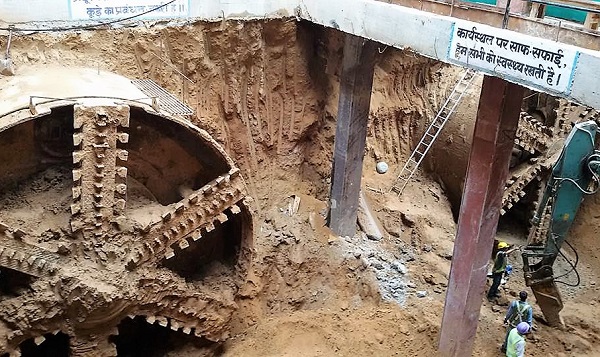