Tunnel Boring Machine S53 ‘Ganga’ on Tuesday evening made a successful breakthrough at Lucknow Metro Line-1’s Hazratganj Station a day after the “official” breakthrough by its sister machine TBM S52.

This Ø6.52m Terratec EPB TBM was commissioned from the Sachivalaya Station’s Bapu Bhawan Shaft in March 2017 and took only about 3 months to build the 780m up-line tunnel of the 22.88 km Line-1’s 3.44 km LKCC-06 underground section. The TBM arrived outside the Hazratganj Station’s box in mid-June, but the operator & contractor chose to delay its breakthrough to take place until after S52’s staged breakthrough.

As per Vinayak Deshpande, MD of Tata Projects, who interviewed with the TOI –

Due to many heritage structures, the stretch was highly challenging. During last five months, this complex project was executed in one of the busiest areas with no disruption to the common man.

Unlike TBM S52’s breakthrough the other day, no grand celebration or media event was held for S53’s breakthrough. Here are a couple images – 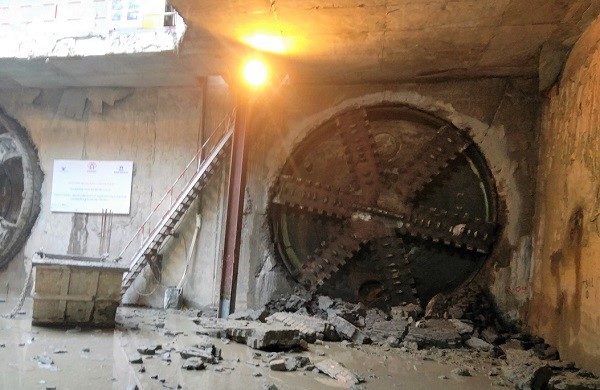 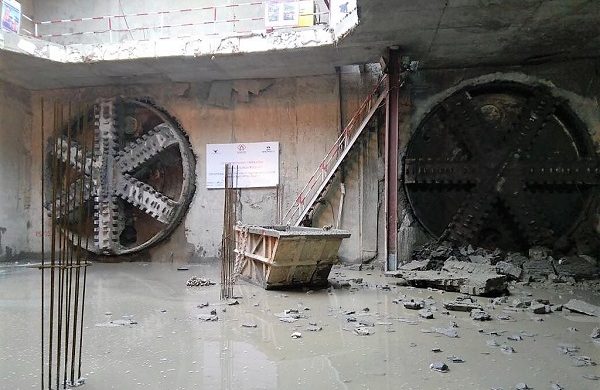 And here’s a video. For no logical reason, they chose to also rotate S52’s cutterhead –

With tunneling work completed between Sachivalaya & Hazratganj stations, there are now 4 tunneling drives (and breakthroughs) remaining. As per the official tunneling plan, the Tata – Gülermak JV will now dismantle both TBMs, retrieve their parts and reassemble them again at the Sachivalaya (State Secretariat) Station’s western-end to build twin 613m tunnels towards the Hussainganj Station. However, as per a follower’s comments here who might be connected with the project, they now plan to redeploy them from the Charbagh Ramp towards Hussainganj Station instead. Stay tuned to find out what’s next!