Following a small puja, engineers and workers from the CEC-ITD Cem-TPL JV at the Nayanagar Shaft this afternoon commissioned S-1073 – the first of 17 tunnel boring machines (TBM) for building a part of Mumbai Metro’s new 33.5 km Line-3’s tunnels.

The Ø6.61m Herrenknecht earth pressure balance machine passed factory acceptance testing in June, arrived at Mumbai Port in early September and was lowered into the Nayanagar Shaft for its final assembly in mid-September.

S-1073 on its first assignment will excavate and build the 2484m long up-line tunnel towards Dadar Station, through the Shitladevi Station, as part of the 6.081 km package UGC-04 between Worli-Dharavi. After that, it’ll be relaunched for a 1116m drive from the Siddhivinayak Station towards Dadar Station, again for the up-line tunnel. Finally, it’ll be brought back to the Nayanagar Shaft for its last 578m drive towards Dharavi Station for the down-line tunnel. 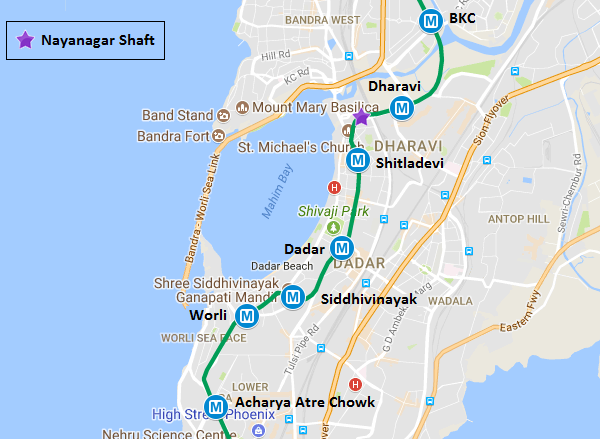 Within the shaft, the TBM will first erect 9 temporary rings before its cutterhead starts boring and permanent ring building activity begins. Some images – 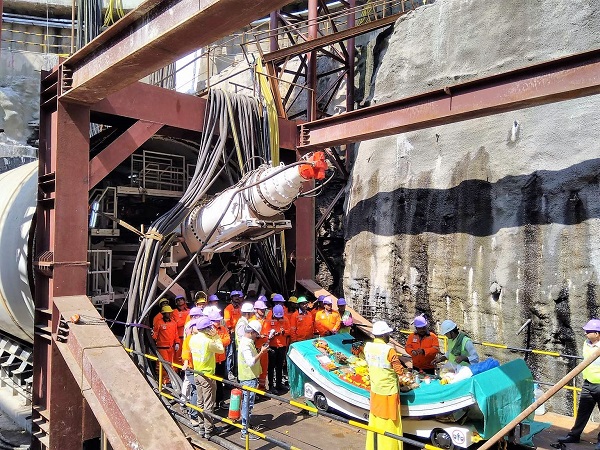 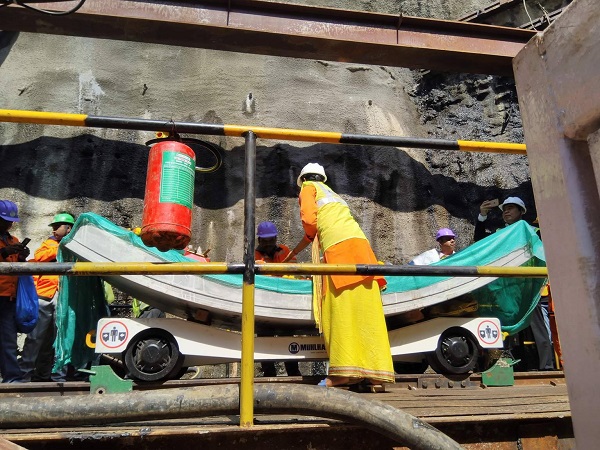 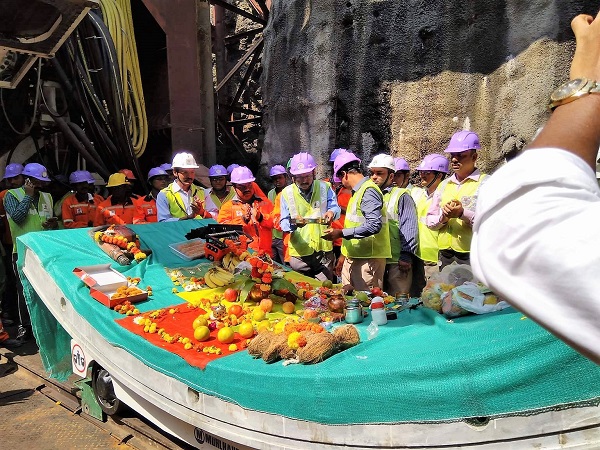 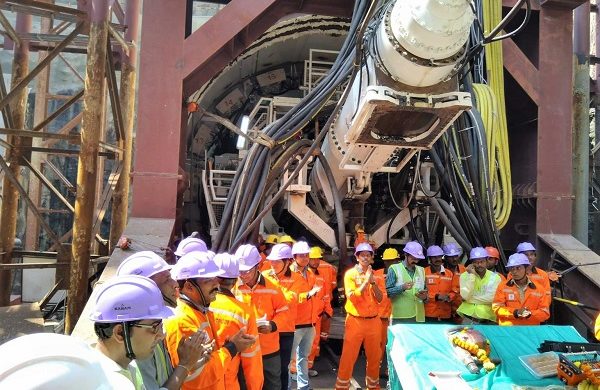 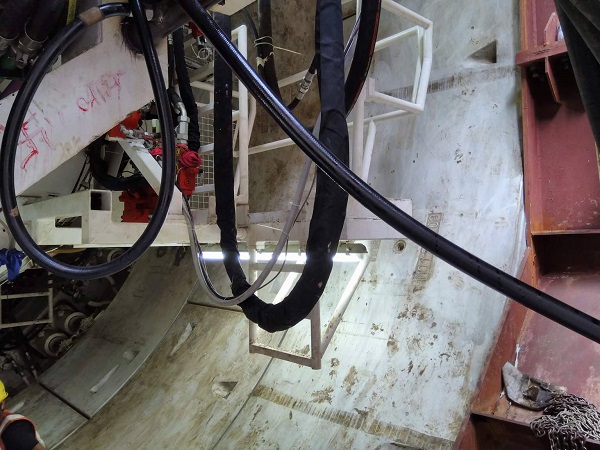 Meanwhile, here’s an excellent birds-eye view of the Nayanagar Shaft which has been carved out of slum land and continues to be surrounded on 3 sides. The site constraints here are unlike any I’ve seen elsewhere. 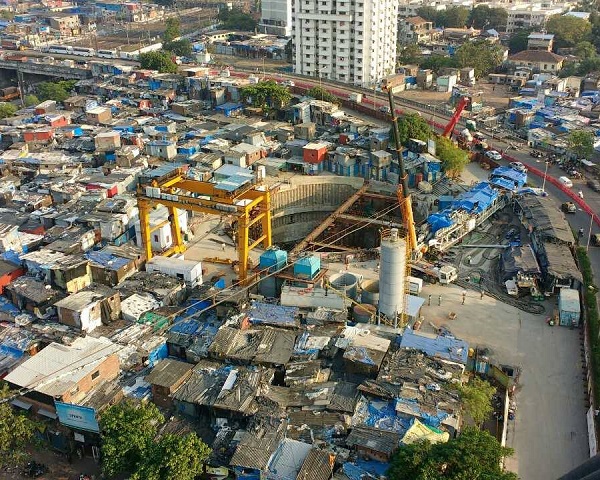