The Gujarat state government in February 2016 had allocated a sum of Rs 2 crore in its 2016-17 state budget for Phase-2’s DPR and then appointed the Delhi Metro Rail Corporation to prepare it. This entirely elevated project is estimated to cost Rs 6,758-crore and will feature 24 stations.

Two metro stretches will be developed in this phase –

Rough alignment to give a general idea: 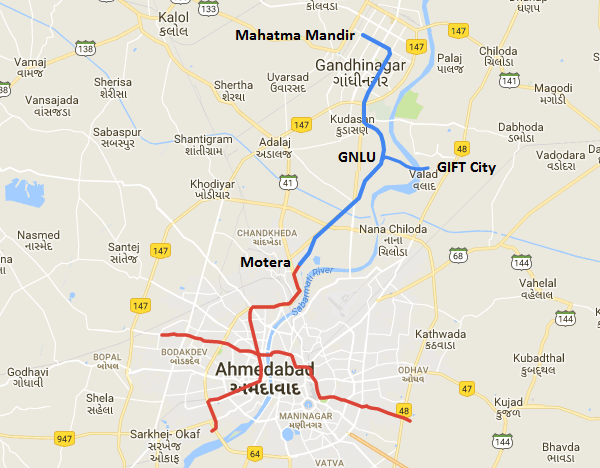 An additional line connecting to Sardar Vallabhbhai Patel International Airport was proposed in the draft DPR, but has been dropped due to viability concerns. No further details on the project’s timeline or source of funding have been announced.