On Wednesday, the Commissioner of Metro Rail Safety and his team of 5 other officials from the Indian Railways’ northern Circle completed their 3-day final safety inspections on the 12.64 km Botanical Garden – Kalkaji Mandir section of Delhi Metro’s new 38.23 km Magenta Line (Line-8).

The team started their 3-day final inspections on Monday and first inspected the Kalkaji Mandir – Jasola Vihar section’s down-line tunnel, tracks and 6 stations en-route. On Tuesday, they inspected the Jasola Vihar – Botanical Garden station’s down-line track, 3 stations en-route, and then took a ride back on the up-line track. On Wednesday, they inspected the line’s viaduct and then took a ride on a new Hyundai Rotem RS-10 train during which dynamic speed and braking tests were performed to check for passenger comfort and ride quality. 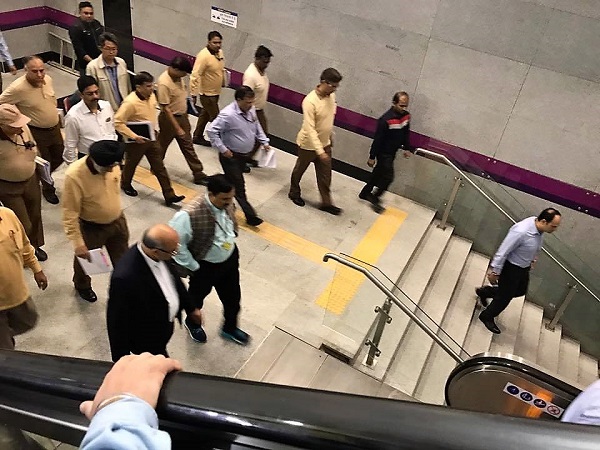 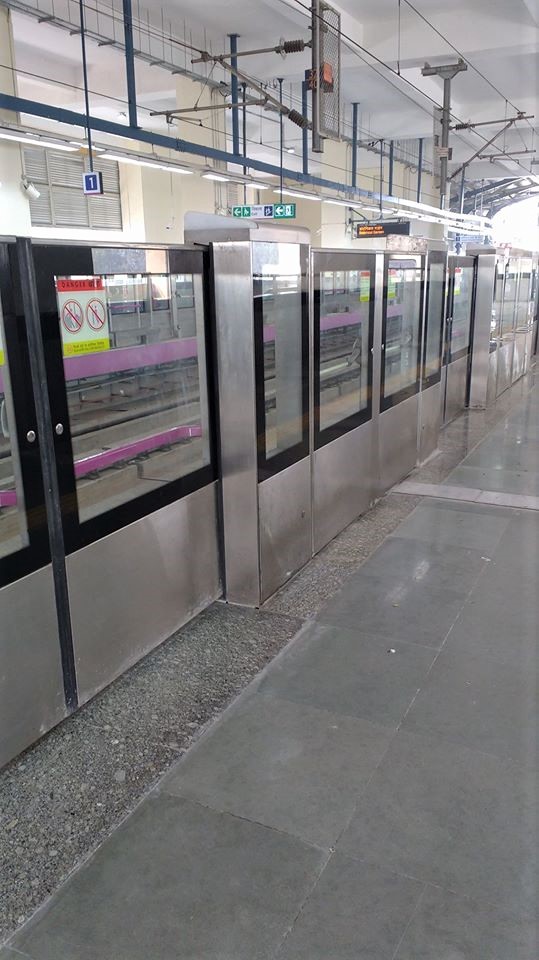 Platform screen doors at one of the elevated stations – Photo Copyright: Rajkumar Nigam

The CMRS’s final report, with all observations, suggestions, necessary infrastructure corrections & completions prior to starting commercial operations, was likely submitted to the Delhi Metro Rail Corporation on this past Friday. If not, it’ll definitely be submitted on this Monday.

With inspections out of the way, the line’s opening now depends on the availability of local and national ministers, so it’s only a matter of time for the DMRC to make an announcement on its launch date. Stay tuned!