Achal Khare – the Managing Director of the National High Speed Railway Corporation Limited has revealed in an interview that the contractor for the 21 km underground section of the 508 km Mumbai – Ahmedabad High Speed Rail line will be required to deploy three tunnel boring machines (TBMs) with a cutterhead of “roughly 14.5 meters” in diameter.

The diameter of TBMs deployed for metro tunnels in India have so far ranged between 6.45m to 6.68m, while four TBMs with a diameter of 10m have previously been deployed for water tunnels across two projects (first, second) in Andhra Pradesh and one project in Madhya Pradesh.

With a diameter larger than 14 meters, the three new TBMs for the HSR line will easily classify as “Mega TBMs” which have mostly been deployed to build highway tunnels around the world. Tunnel Talk has a brilliant table listing out all such mega machines – their manufacturer, type and diameter deployed since 1994.

Once built, the single tunnel bored by these TBMs between Vasai Creek (north of Thane) and Bandra Kurla Complex in Mumbai will be large enough to include tracks for both the up-line and down-line.

Other tidbits from the interview –

• Roughly 3 km of the 21 kms will be built using the New Austrian Tunneling Method (NATM), which has previously been used for Delhi (see example 1, example 2) and Bangalore (see example) metro projects.

• Indian construction firms can bid independently, and will not be required to form a consortium/joint venture with foreign firms.

• Ahmedabad – Vadodara section will be built by a Japanese contractor (By this, I’m assuming he meant Indian firms would be required to form a JV with Japanese firms to become eligible for bidding)

• Confirmation of the line getting divided into 7 civil packages, with one package for the construction of the southern terminal station at Mumbai’s Bandra Kurla Complex (BKC), another one for the 21 km Thane – BKC tunnel, and the rest 5 for the elevated corridor between Thane and Sabarmati in Ahmedabad.

In a separate and more in-depth interview with Doordarshan, Achal Khare mentions the TBMs will be lowered via 3 launch shafts.

To give you an idea of the three new TBMs’ size, here’s a similar sized Mitsubishi TBM, with a diameter of 15m, deployed for building one of two tunnels for Madrid’s M30 highway in 2005 – 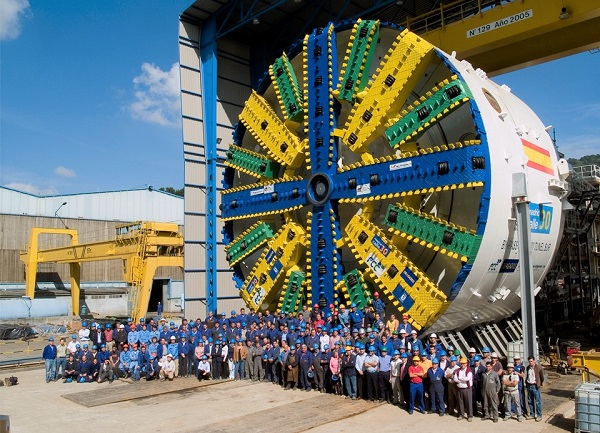 And here’s a look at TBM Bertha – the most popular (and infamous) Mega TBM in recent history, which was manufactured by Hitachi-Zosen with a diameter of 17.4m for Seattle’s SR99 highway project – 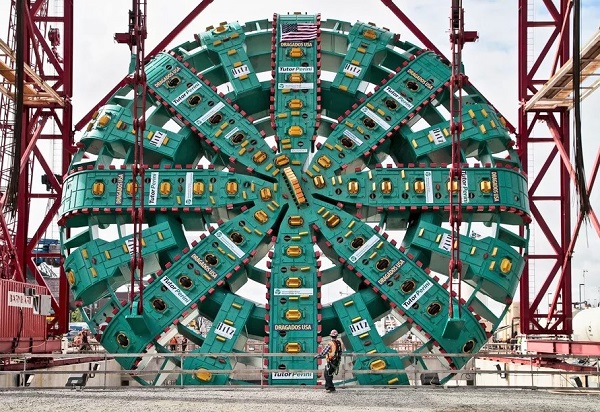 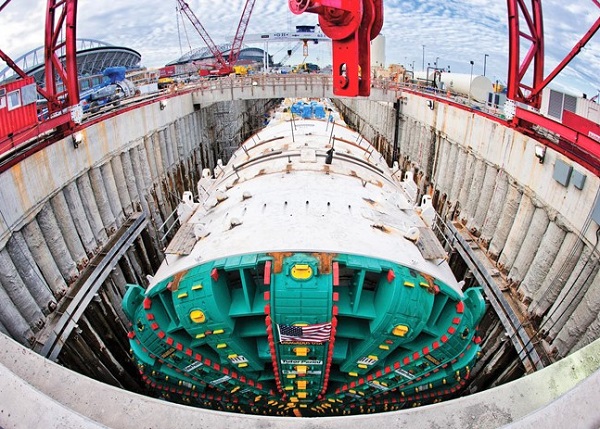 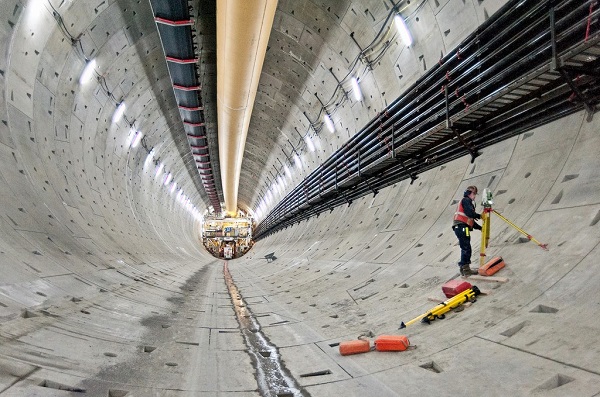 Land acquisition for the project has just commenced, and the NHSRCL plans to invite tenders for the line’s construction only after a significant portion (two-thirds) of all land is acquired.