This 12m deep launch shaft on the western end of Line-1’s East Ramp will in the coming months become the launch-site from where two TBMs (S710 and a new Herrenknecht machine) will be deployed for constructing 4 tunnels between East Ramp – Kankaria East Station – Kalupur Railway Station on the 6.83 km underground section of Ahmedabad Metro’s 20.737 km Line-1.

Here are some old site images shot in the middle of January when work was nearing completion. The first two images show concrete works have commenced for the base-slab in the portions where excavation is over. 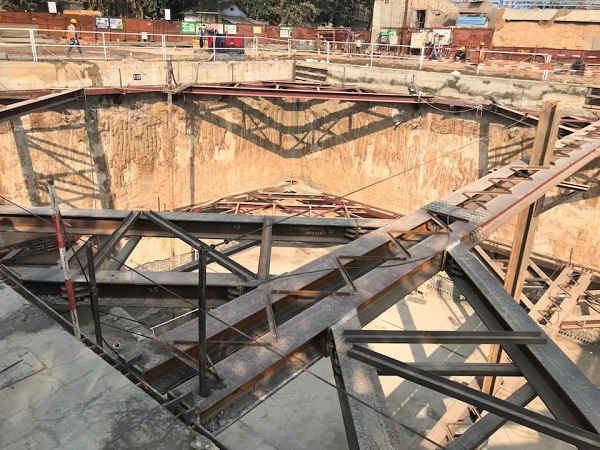 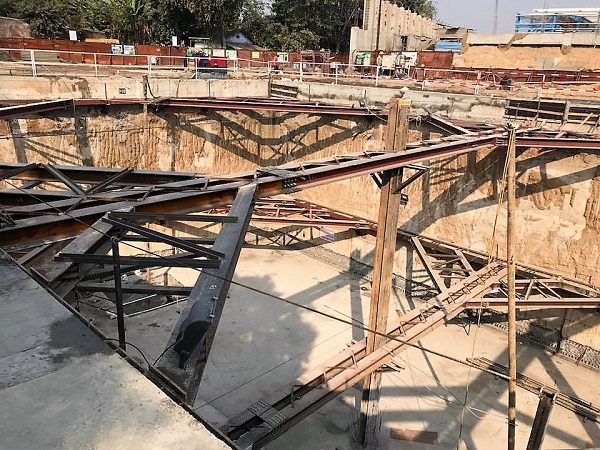 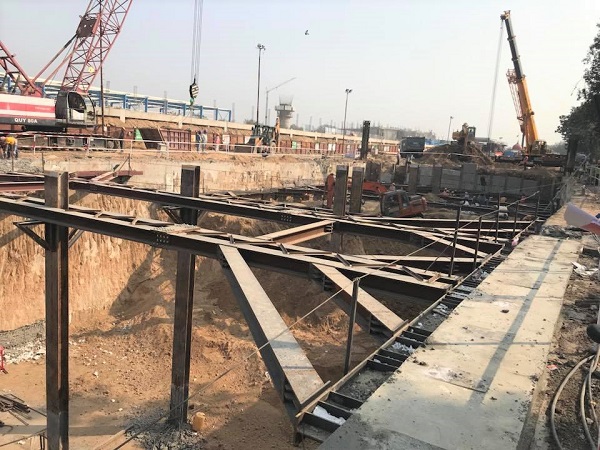 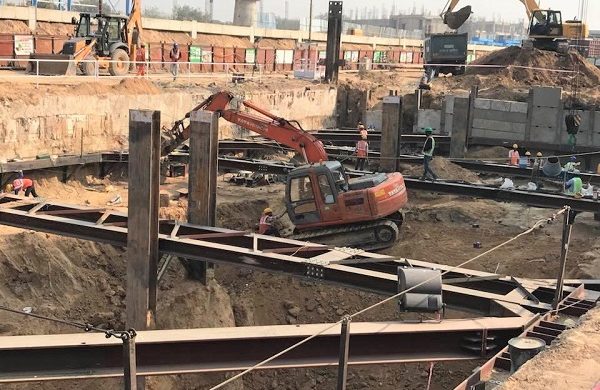 Recent images will be added here when available.