While an announcement on the completion of train testing on Delhi Metro Magenta Line’s pending 25.59 km portion (Janakpuri West – Hauz Khas – Kalkaji Mandir) is awaited, here’s a look inside the brand new ‘Terminal 1 – IGI Airport’ metro station which is expected to become one of the busiest stations on the 38.23 km line.

At 312.20m, this is one of the longest underground stations on the entire network, and consists of 5 entry/exit structures and 2 subways which will be equipped with travelators – one connecting to Terminal 1C (domestic arrivals), and the other connecting to Terminal 1D (domestic departures). To reach Terminal 3, users will have to take a shuttle bus from here until the proposed 5.5 km airport metro (airtrain) system is built.

The 16m deep station was built by ITD-ITD Cem JV as part of package CC-32 (Palam – Shankar Vihar) of the 162 km Phase 3 project, and the final TBM breakthrough for this section was achieved in June 2015 by TBM S616 which is now stationed in Kolkata for its next assignment. 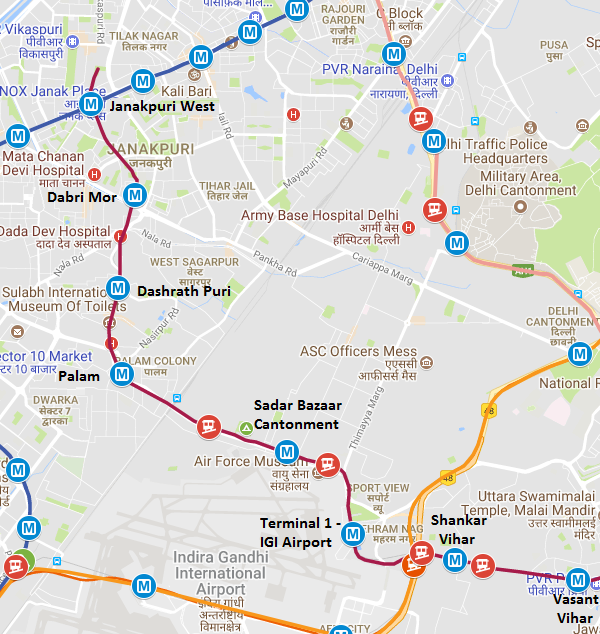 DMRC expects this station to receive 66,000 riders. While its box structure is similar to other underground stations built in Phase 2 and Phase 3, the DMRC has pushed the envelope in its interior design by using architectural elements such as stainless steel, granite and ceramic tiles.

Here are some images –

1 of the 5 entrances – Photo Copyright: Burhaan Kinu (HT) via Getty 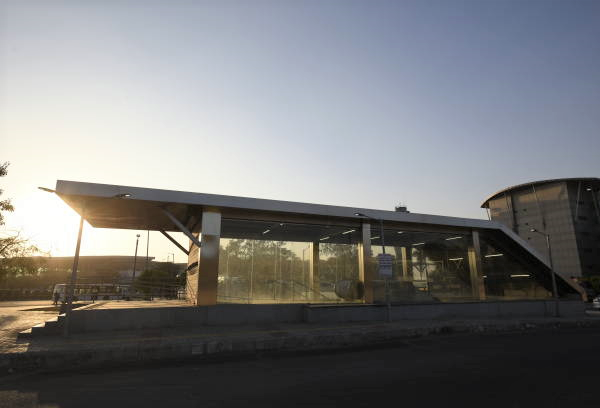