The Delhi Metro Rail Corporation’s hands just keep getting fuller! After helping out Jaipur, Kochi, Lucknow until recently and now Mumbai (see this post) & Kerala (see this post), the Andhra Pradesh government today entrusted the work for Visakhapatnam (Vizag) and Vijayawada’s metro rail projects to them.

Mr. E. Sreedharan, India’s metroman, submittted the Detailed Project Reports to N. Chandrababu Naidu, AP’s Chief Minister today after which the CM announced that the DMRC has officially now been handed over both the projects to complete by December 2018. While I’m not sure if that deadline can be met even if piling work was to start as I type this, it sure does give some confidence about the seriousness being displayed. 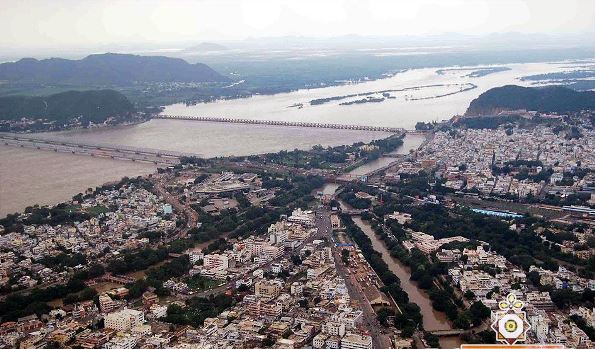 According to the Urban Development Minister M. Venkaiah Naidu, even though Vijayawada does not meet the population criteria of 20 lakh for taking up the metro project, the central government had relaxed the rule. Very convenient, I must quip. Work will first start on Visakhapatnam’s metro as the Ministry of Urban Development is still studying Vijayawada’s metro project.

The MoUD also announced that the DMRC had been asked to prepare a DPR for a high speed rail link between Guntur and Vijayawada via Amaravati, AP’s new capital.

For more metro updates from all over India, check out the Home Page of The Metro Rail Guy!