Work on Bangalore Metro’s 4.8 km east-west tunnels on the Purple line is finally nearing completion with track work, equipment for signalling and 3rd rail for power being installed. Here are some nice images shot from inside the “down-line” / eastbound tunnel between Cubbon Park & Vidhana Soudha stations: 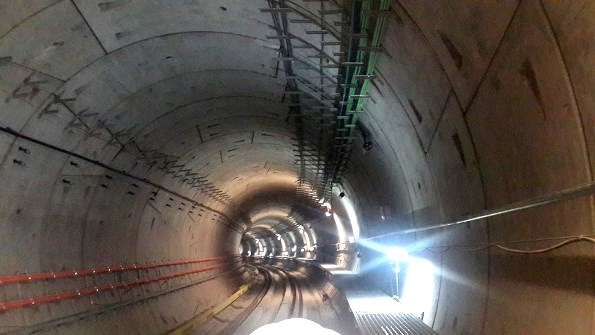 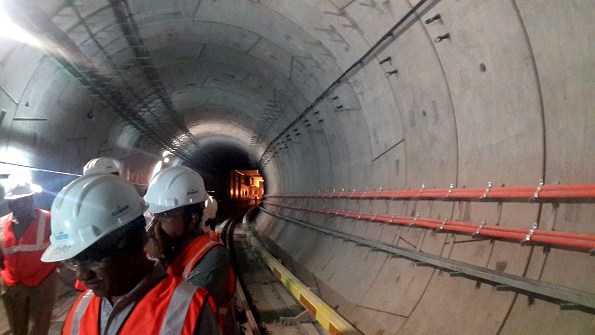 The Cubbon Park station is visible in the background! – Photo Copyright: Nangagudi Nandish 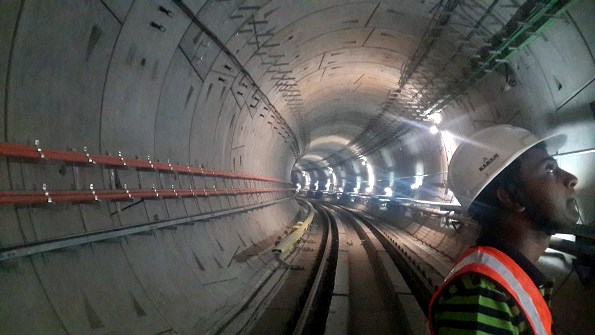 To recap – the final breakthrough on the underground stretch was made on March 17 2014, but the BMRCL management’s sluggish work ethic has caused major delays. After much pressure, they conducted an initial test run in March 2015 using the train’s reserve power. Ever since then, other allied works have progressed at a very slow pace (See: Dismal Tunneling Progress Made by Bangalore Metro in Last Month). Proper testing on this section is expected to hopefully begin by November after which the line in my opinion will open by mid 2016.

For more updates on Bangalore’s metro, check out the Bangalore section of The Metro Rail Guy!