So earlier this month, I had tweeted about the Hyderabad Metro expecting 2 new trains to join the existing fleet of 50 trains by the end of the month:

As per Hyderabad Metro’s MD, 50 3-car trains have been received from Hyundai Rotem & 2 more will join by month-end: https://t.co/gBN09TE6nI

Yesterday the Tamil newspaper Dinakaran enthusiastically carried an image of what it believed were coaches for Chennai’s new metro system parked at Chennai’s Port, but the rolling stock’s color scheme quite clearly indicates they’re for the Hyderabad Metro system! 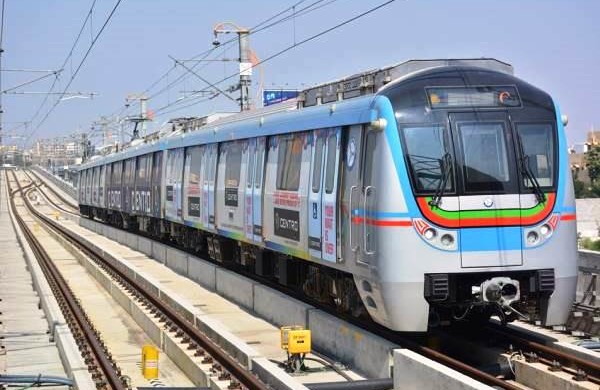 How the Hyderabad Metro looks like – Photo Copyright: The Hans India

To see more images, check out 21 images of the Hyderabad Metro during a trial run! 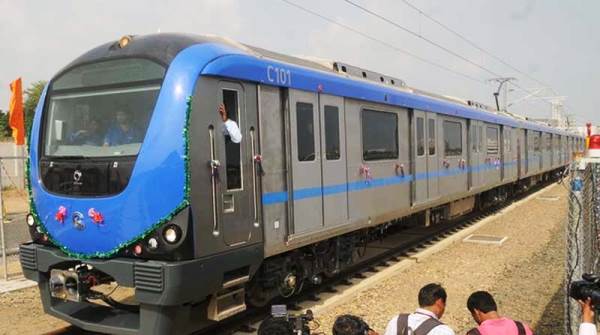 For Chennai’s Metro, out of the 168 coaches (42 train-sets of 4 coaches) ordered from Alstom, the first 36 coaches (9 train-sets) were produced at Alstom’s factory in Lapa, Brazil and have all been delivered to the Chennai Metro Rail Ltd’s depot at Koyambedu. The rest of the coaches are being manufactured at their plant in Sri City, Andhra Pradesh which is barely 75 kms away from the depot and quite clearly do not require to be handled by the Port! Trains from there are piggy-backed on trailers and delivered in batches. Recent deliveries include:

For Hyderabad’s Metro, all 171 coaches (57 train-sets of 3 coaches) ordered from Hyundai Rotem are slated to be supplied by their plant in Changwon, South Korea. L&T Metro Rail Hyderabad’s MD recently indicated that 50 of these have been delivered and they have sufficient number of trains to start services on the Mettuguda – Nagole (8 km) and Miyapur – SR Nagar (12 km) sections when they become operational in Q3 of this year.

After these 2 trains are delivered, only 5 more trains will be left to be delivered to Hyderabad.