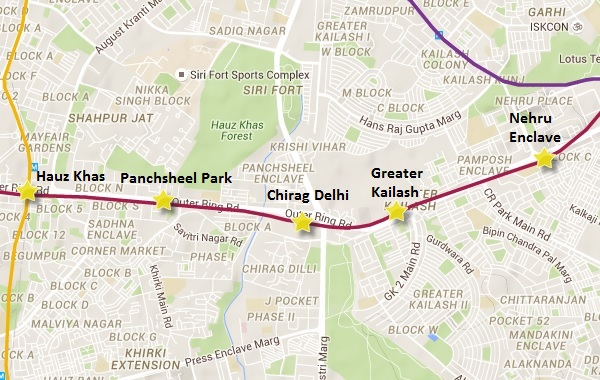 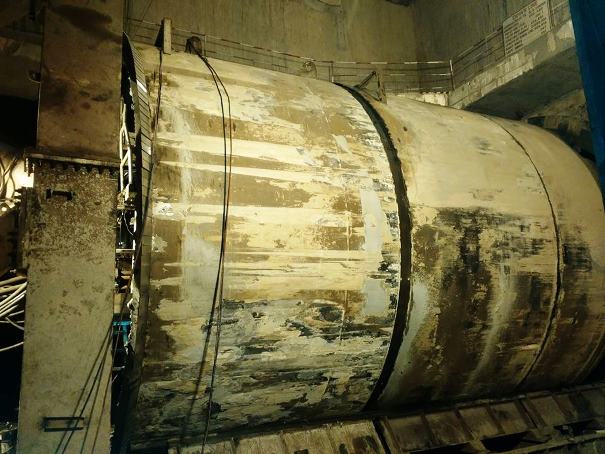 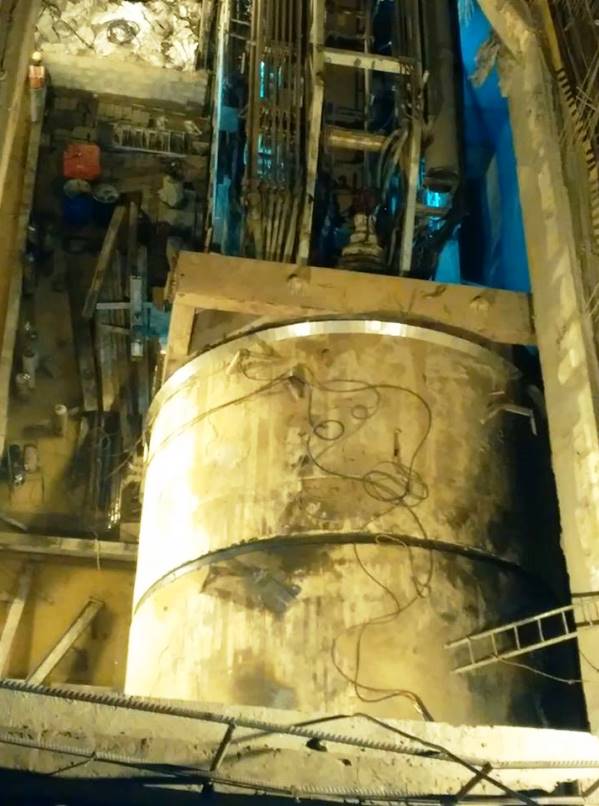 View from the top of the shaft – Photo Copyright: Anilkumar Laddu 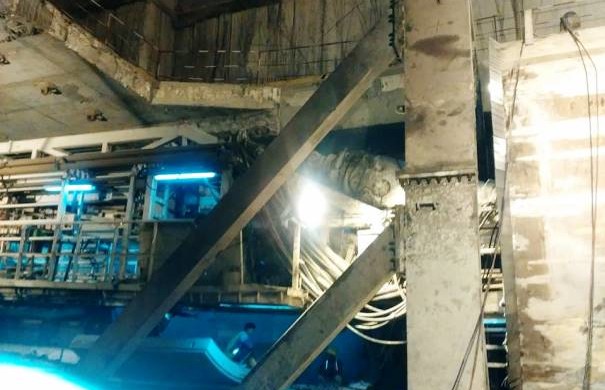 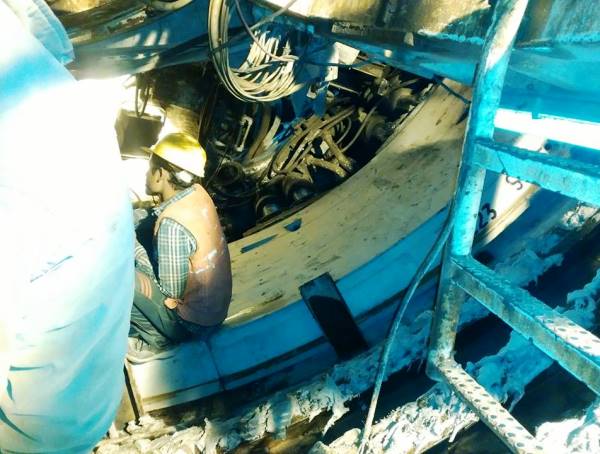 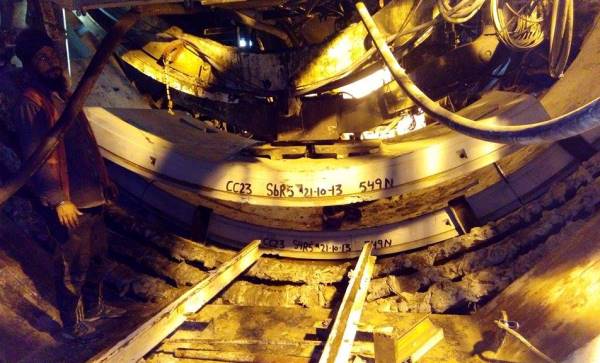 Parts of this TBM were lowered into the launch shaft in January. Here are a couple of images: 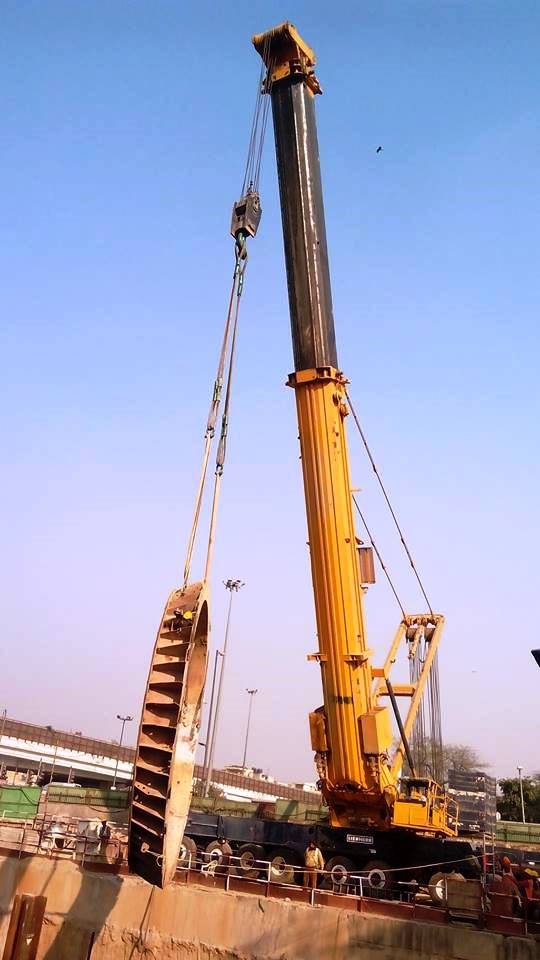 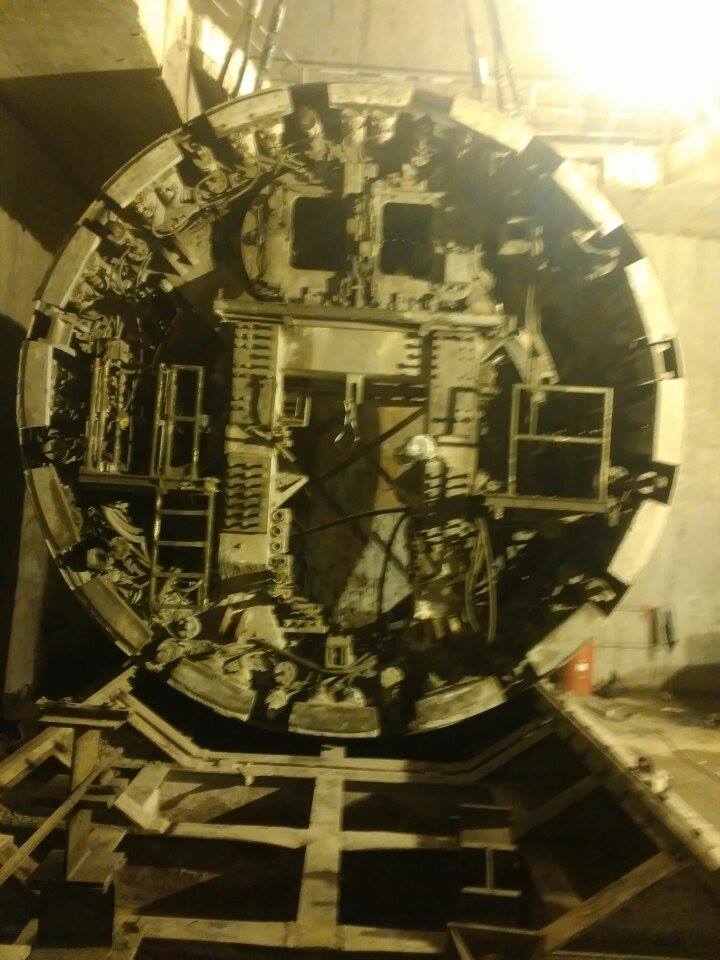 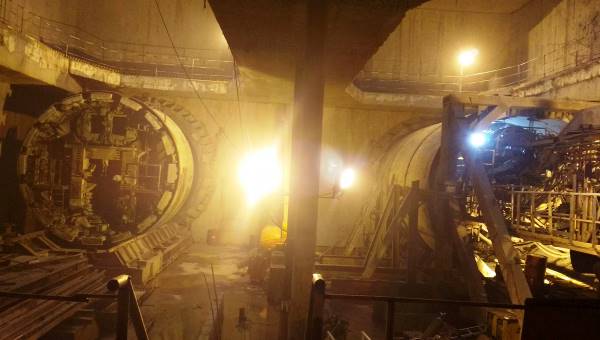 The distance between the Chirag Delhi and Greater Kailash stations is only 545m – one of the shortest on the line, so this TBM can be expected to make a breakthrough at Greater Kailash in May.

With this TBM on its way, there are now 9 TBMs operating on the following sections of the Magenta line:

Out of last 9 TBM breakthroughs, 3 of them are expected to take place towards the end of this month. In no particular order:

For a detailed report with recent progress made on all Delhi Metro Phase 3 lines’ tunnels, please see my February 2016 Tunneling Update.