The Kochi Metro Rail Ltd. just unveiled the Aluva station’s interior design! This station’s unique theme is supposed to reflect Kerala’s natural beauty and is the 3rd station after Kalamassery station & Changampuzha Park to be unveiled on the 27.612 km metro line between Aluva and Tripunithura. 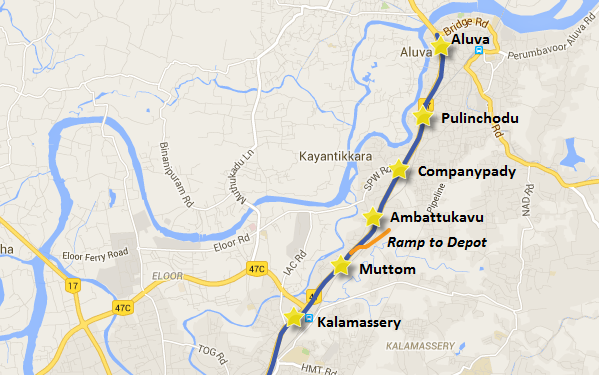 Although the Western Ghats’s landscape & flora have been adopted as the overall interior theme for all stations on this line, many stations have been designed with unique themes representing different facets of this city and state. All designs have been prepared by Tata Elxsi which functions as the Kochi Metro’s overall design consultant for making the system comfortable & easy to use. They’ve also helped prepare the design of the 25 Alstom train-sets, the first of which was unveiled in September 2015 and started trial runs in February 2016. 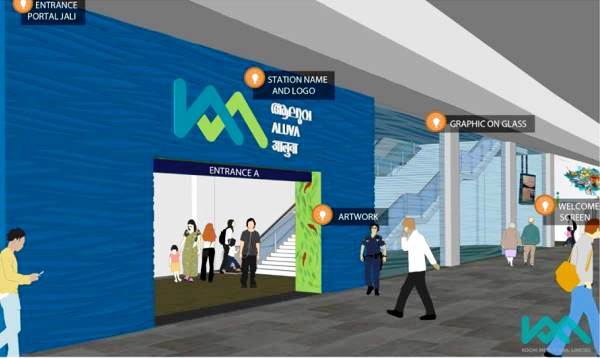 One of the entrances to Aluva station – Photo Copyright: KMRL

The Aluva station of Kochi Metro Rail Ltd brings to the fore the abundant natural beauty of our truly blessed state. It is going to serve as a delight for nature lovers and be a treat your senses. This unique station is one among those arrays of pleasant surprises that KMRL has in store for you. 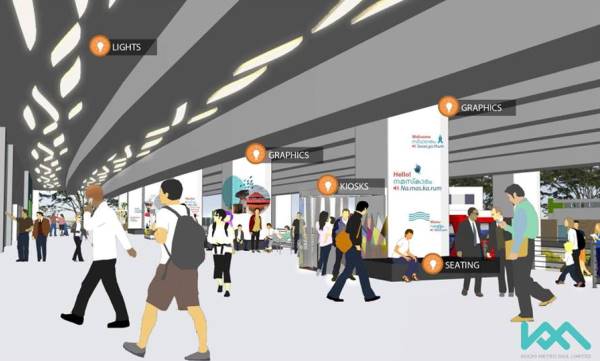 Outside the entrance – Source: KMRL 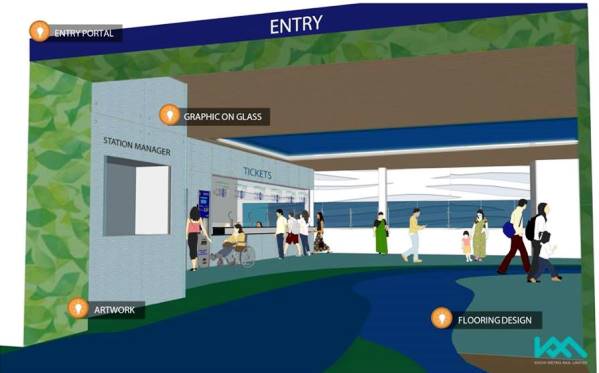 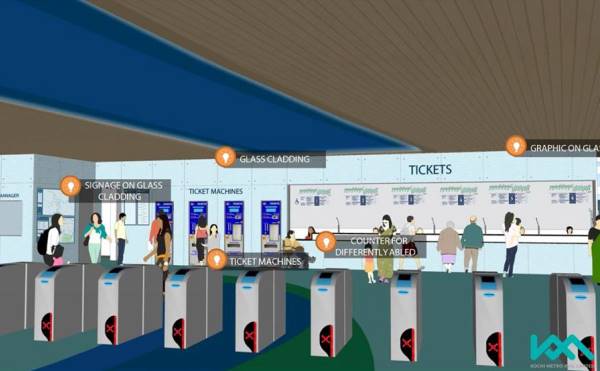 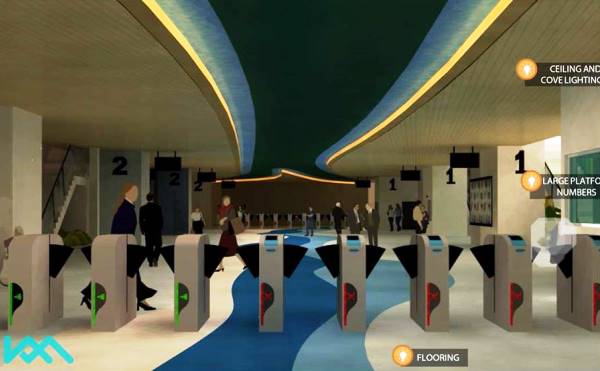 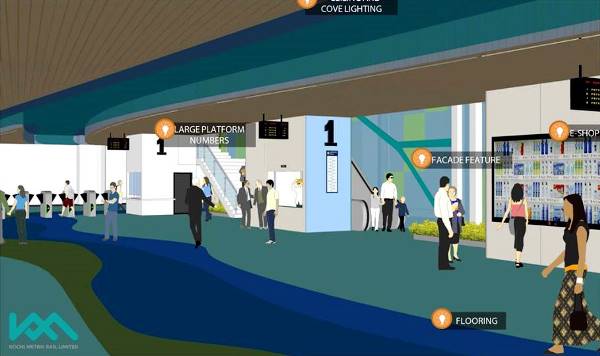 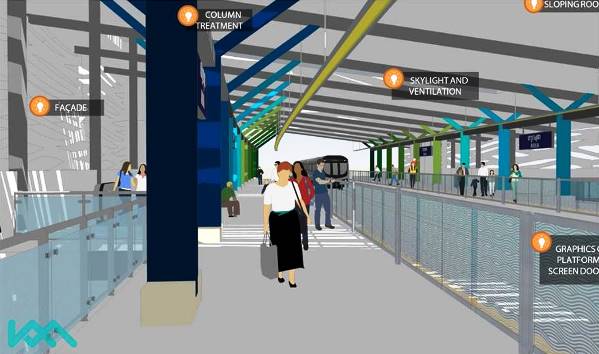 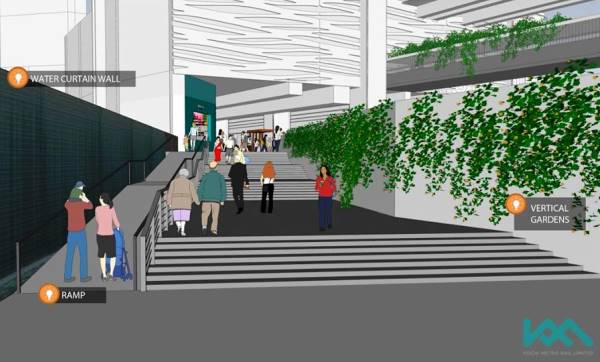 Tata Elxsi has clearly given some thought to the stations’ designs – something which India’s other metro systems for the most part avoid to keep down cost, so I’m very interested to see how these stations turn out. 🙂

Before you head out, check out some nice aerial images of the Aluva station & the viaduct under construction here: New Images of Kochi Metro’s Line & Station at Aluva